The 10th stage in Russia gives fans a variety of emotions. Bottas made his second win this season after his 1st win in the opening race in Austria. Hamilton, with a penalty of 10 seconds after the violations in the Sochi trials, had to pity Verstappen to take second place on the podium.

Team leaders at the press conference at Eifel GP 2020

Verstappen after 2 races that could not be completed due to engine problems in Italy on two consecutive races in Moza and Mugello made a strong comeback on the Sochi race in Russia, 2nd place after the race The finish reflects the true strength of the main steering wheel from Red Bull. And in the Nurburgring, which has gone through seven seasons without organizing races in the F1 system, this comeback will also be an interesting challenge for the Dutch driver.

After the race in Russia two weeks ago, the teams moved to Germany to continue their journey in the 2020 season. The Nurburgring can be considered as the home ground of the team led by Mercedes and is also quite familiar. with a German driver competing in the F1 system is Vettel.

However, this time back, it can be said that Vettel’s “helpless force” when Ferrari’s car is not really competitive and the 2020 season up to this point is just the last race of Vettel at Ferrari, his ability to compete with Mercedes and Red Bull is unlikely, hoping cheering a limited audience on his home track will help him improve his performance even more.

During his F1 career, Vettel only won once in his homeland, which was the victory in the 2013 season when he was playing in Red Bull’s shirt and that was the season he won the title. 4th world enemy. Up to this point, Vettel is the one who has won the closest Nurburgring still playing. Of the 20 currently active drivers this season, 7 have been on the Nurburgring track in the 2013 season, namely Hamilton, Bottas, Vettel, Raikkonen, Ricciardo, Perez and Grosjean.

However, considering the present time with constantly improving technologies along with the weather conditions due to the different organization times of the year, it will also become a difficult problem for racing teams to establish their cars. for optimal performance. The Nurburgring data for the current teams seems to be just zeros. Are there certain advantages of race familiarity for the drivers who have competed here?

The latest information for the reason of not being fit to compete, Racing Point driver Lance Stroll will not be able to attend the Eifel GP, and the replacement will still be Hulkenberg, the driver has done a great job. for Racing Point while replacing Perez in two UK races, Hulkenberg was a German driver and was also one of the riders competing at the Nurbergring during the 2013 season. 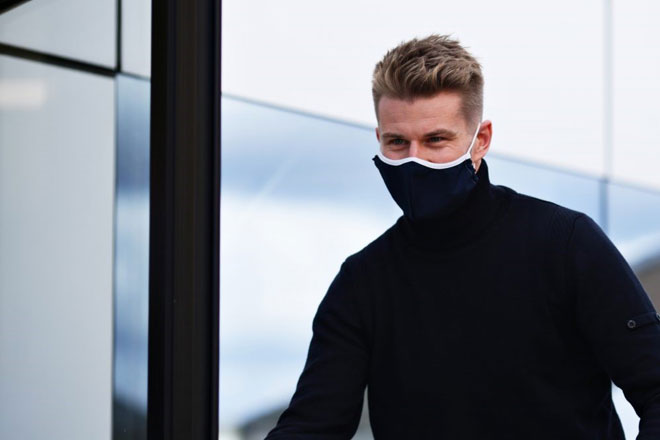 The total number of points that Ferrari drivers Vettel and Leclerc won so far is less than half the points that Bottas brought to Mercedes, in fact Ferrari has not shown a positive sign. the ability to compete with McLaren, Renault and Racing Point is becoming increasingly difficult to do.

Ricciardo has been showing good form recently and the ability to compete for 4th place on the final table is entirely possible, as the top 3 positions are hard to slip out of the hands of Hamilton, Bottas and Verstappen. Ricciardo is currently ranked 6th, but the gap between him and No. 4, McLaren’s Norris, is only 2 points. If he does not perform well, Red Bull young driver Albon will not be able to keep his fifth place when Racing Point’s Perez returns quite impressively despite having to lift two races in the UK due to positive. with Covid-19 and cannot play.

Pirelli brings the racing teams the C2-C3-C4 tire combo to the Eifel GP teams. The steering wheel will have to do 60 laps before reaching the finish line. Hamilton with a dumb sentence at Sochi will not make the same mistake again and he will be determined to win to increase the gap on the final table or teammate Bottas will continue to explode to finish against Hamilton ? Verstappen is always ready to take full advantage of the opportunity for me? Will Ferrari fight for the best positions?

All will get the answer in the official weekend race on the Nurburgring race track in Germany called the Eifel Gp 2020.

Predict 5 riders who are likely to win the pole:

Predict 5 riders who are likely to win the stage: (Sports news, F1 racing news) In the context of successive success with Red Bull and most recently …