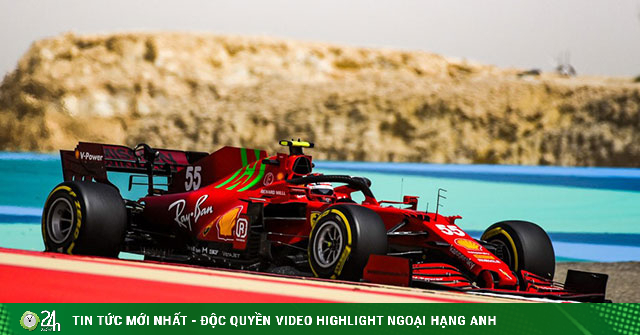 (Sports news, F1 racing news) Ferrari had one of the worst seasons in the team’s history in 2020, but they have been gradually regaining their status as a candidate for the F1 championship this season. . The goal of entering the top 3 this year is within the reach of the “war horse”.

* On the right track

Scuderia Ferrari finished the 2020 season in 6th place overall, scoring 131 points with 3 podiums and the best performance was Charles Leclerc’s 2nd place at the opening stage of the Austrian GP.

The situation is more positive for the racing team in 2021 when they have got 163 points after 11 races, ranked 3rd and the same number of points with McLaren on the rankings. The Italian racing team also only scored 3 podiums with 2 times ranked 2nd (Monaco and England) but the density of scoring is higher, and only 1 stage they were empty-handed was at the French GP.

Sainz gets his first Monaco podium with Ferrari

In particular, after the defeat in Paul Ricard, the racing team quickly returned to Maranello to analyze and deal with the problem that caused the SF21 to run ‘consuming’ more tires than usual. Thanks to tireless working days Ferrari found a solution and came back strong with reasonable racing tactics in the next stages to win valuable points.

Team leader Mattia Binotto has praised the current team’s outstanding pair of drivers – Charles Leclerc and Carlos Sainz, but what is more important according to this “captain” is that the team has shortened by half. separated from the teams in the top from 2020 to 2021.

“If we look at the 1 lap record, the car’s maximum performance, in last year’s qualifying run… the whole season on average we were 1.4s short of pole, but this year it’s just 0. 7s.

0.7s is still a big gap and we are fully aware of it, but importantly we have reduced the gap. This is encouraging because we are on the right track. We are 3rd in the team standings and equal on points with McLaren, which partly shows Ferrari’s progress,” Binotto shared. 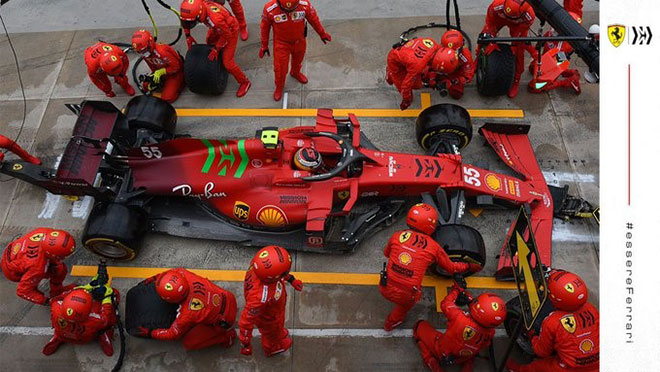 Not only on the track, Ferrari also improved the stability of the technical team that made pit-stops. According to Binotto, the team tries to improve in every aspect in 2021 and the pit-stops have become much more consistent.

Ferrari over the years has always had a pit-stop problem when there are many races they are performing well on the track, but just one mistake in changing the tire, they are in a difficult situation later.

“Looking at the number of times (pit-stop, we made under 3 seconds this season: 84%, compared to last year, only 48% From there it can be seen that the pit team – the mechanics have improved in terms of performance). time and quality of pits… Only one team did better than us in percentage of pits under 3s,” added Binotto. 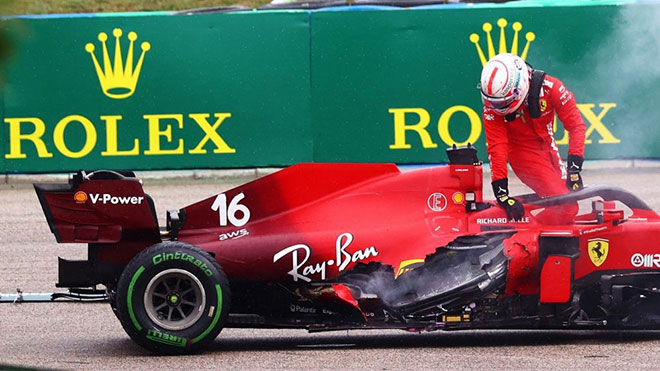 The Ferrari had an accident at the Hungarian GP 2021 stage

However, in the next stages, Ferrari will face great financial difficulties as well as receive a penalty for exceeding the number of engines used in the season.

At the last Hungarian GP stage, Charles Leclerc’s goal of scoring was gone from the first turn when he was hit by Lance Stroll and had to give up. After bringing the engine on Leclerc’s car to Maranello headquarters for analysis, the racing team assessed that it was severely damaged and could not be repaired, so it will not be able to continue to be used in the upcoming races.

This is Leclerc’s second internal combustion engine (ICE) of the year, meaning he will be required to use a third at this weekend’s Belgian GP, ​​the last replacement before he faces a fine. from the 4th one.

With a maximum of 12 remaining stages, the Monaco driver must certainly accept a penalty in 1 race in the near future. In addition, the racing team was also heavily affected when the cost ceiling was applied. Under this regulation, the ceiling for 2021 is set at $145 million. For teams that have had to significantly cut operating costs to reach this number, having to use a lot of new parts and repair cars after an accident can really give them a headache with the numbers.

For example, for Red Bull, it took them about $1.8 million to repair Max Verstappen’s car after the crash at Silverstone with Lewis Hamilton. As for Leclerc’s case, his punishment will be “extended” with the fact that he will have to start at the end due to changing new details over the allowed number.

Binotto admits it will be difficult to find the most perfect solution to the cost problem, but he thinks it is necessary to discuss the option of a team to pay for damages if their driver causes an accident.

“I think this issue needs to be discussed in the near future with the other leaders, the FIA ​​and F1. If you weren’t the one at fault, but incurring that loss at the team’s expense, the consequences would be substantial. Should we make exceptions? I don’t think this is the final solution because it will be very difficult to control.”

“We can consider that if a driver makes a mistake, his governing team should at least bear the cost of the damage he caused and to repair it. That will make the riders more responsible.” 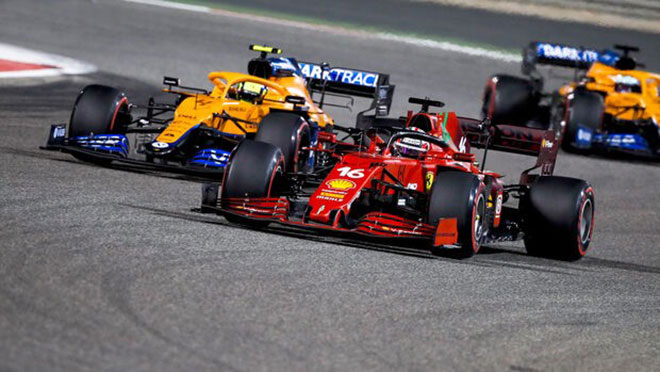 Plus the repair costs for Leclerc’s car from the crash in Hungary, the total “repair bill” that Ferrari has to pay for the 2021 season so far is 2.5 million euros (approximately 67 billion VND). ) covers all damages, not just accidents.

Putting aside the difficulties currently facing, in the next stages, Ferrari will receive good news when there will be a “powerful” engine upgrade in the near future.

F1’s engine manufacturers are limited to 1 upgrade per part per year, and since the start of this season, Ferrari has used PU with some 2020 parts. Therefore, they will have the opportunity to improve the car’s performance with a new upgrade, which is expected to be released after their home race at Monza, the last in a series of 3 consecutive races – the upcoming tripleheader. This will be the power boost that gives them an edge in the competition with McLaren for the rest of this season. 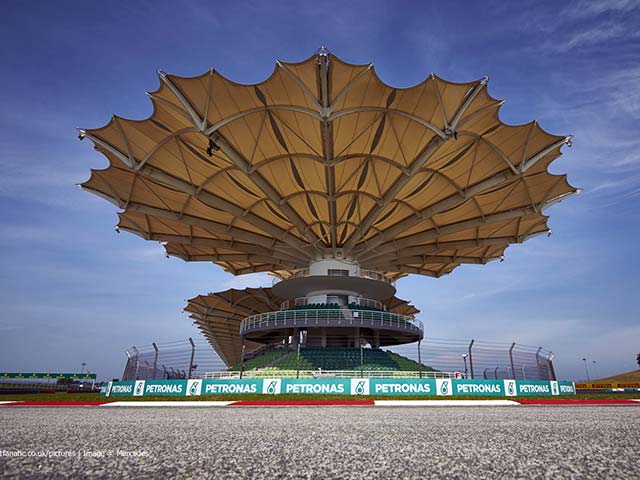