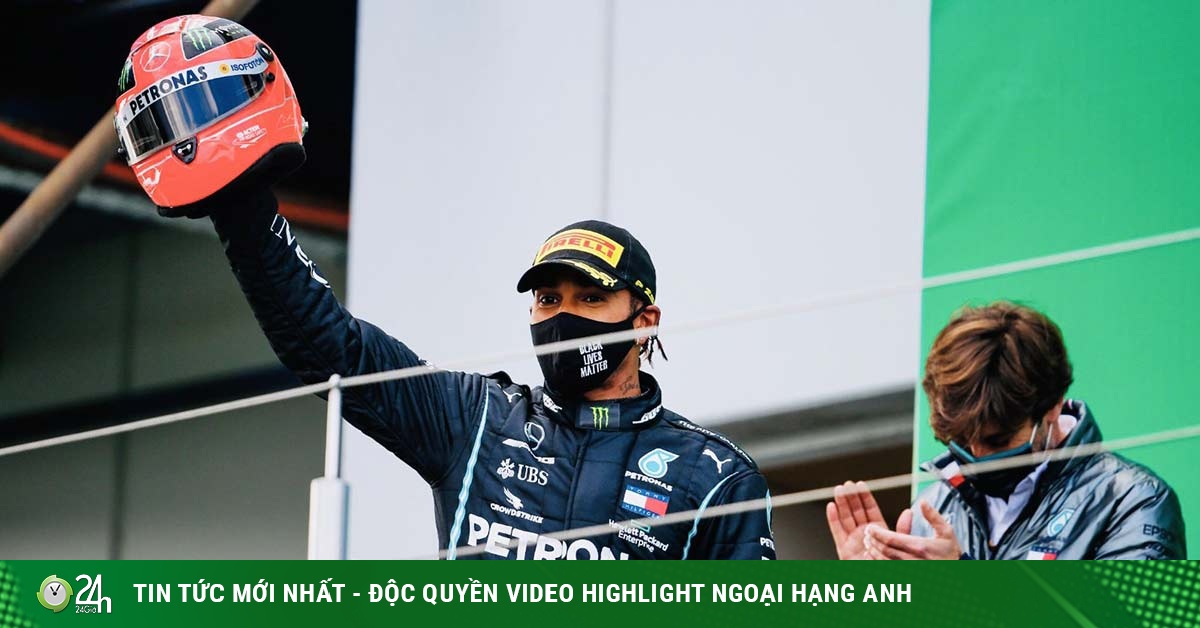 A historic Sunday at the Nurburgring. After 7 years F1 returned to the German racetrack, F1 racing village has witnessed the great record of 91 winning races leveled by champion Lewis Hamilton. From here he has come a long way to winning the 7th world championship in 2020.

Valtteri Bottas is the winner of the pole position with a new track record – 1 minute 25,269 seconds, his third start this season. He has improved 16 places from the only time he went to the racetrack in the past, in 2013 for the Williams racing team, his first F1 season. Lewis Hamilton ranked No. 2 and brought in the 72nd time Mercedes took the first line, also the 400th stage in the history of a Mercedes motor vehicle to start in the top 2.

Hamilton and Schumacher both had 91 F1 wins

In 4 of the last 5 F1 races taking place at the Nurburgring, the winners all started 2nd place – including Hamilton himself in 2011. Max Verstappen ranked 3rd in the 5th leg of the last 8 races. when Charles Leclerc and Ferrari got their best Saturday results since the British GP – seven races ago. Alex Albon is only the fourth time this season is in the top 5 in the ranking run.

Daniel Ricciardo won sixth for Renault, in the same position he did for Toro Rosso during his previous Nurburgring visit in 2013. Lando Norris beat teammate Carlos Sainz for the first time in six races when both ranked 8 and 10. Alternating between them was Sergio Perez, the Racing Point driver whose worst Saturday (in dry condition) performance this year. Sebastian Vettel – the most recent winner here – was eliminated in Q2 and only ranked 11th. Verstappen targets the final top 2 by 2020

Pierre Gasly (12th) ranked above teammate Daniil Kvyat for the 9th time in 11 races. The Russian driver started 11th or 12th in the last 5 races but at the Eifel GP he only got 13th place. Antonio Giovinazzi has the best ranking of the year with 14th place, also the first time he passed. is Q1. In contrast, the remaining driver of Alfa Romeo, who will become the most experienced driver of F1 village with the 323 starting stage, begins the race in the last row.

Williams both came in 17th and 18th place in the last two rankings at the Nurburgring, in 2013 and this year. This time, George Russell ranked above Nicholas Latifi, the 32nd consecutive leg he ranked above his teammate. The shocking return of Nico Hulkenberg, replacing the unhealthy Lance Stroll, left all in awe. He only has 10 rounds to get acquainted with and although ranked last, he is only 0.489 seconds from Q2.

Nurburgring is indeed a suitable place to witness the moment Lewis Hamilton equalized the record 91 wins of German legend Michael Schumacher. He hit that milestone in his 260 starting races, while Schumacher finished just 246 races. The British driver’s victory means that in 5 out of the last 6 F1 races at this racetrack, the winners come from 2nd. Ricciardo returned to podium after nearly 2.5 years of absence

Mercedes was crowned at the Nurburgring for the first time since 1954 when Juan Manuel Fangio took the throne. And the Mercedes-Benz engine has also balanced the record of 228 consecutive points set by Ford in the period 1967-1983 with the legendary Cosworth DFV engine. The German team has for the 8th time in 11 races in 2020 leading the way in all laps. Verstappen finished for the second time in a row and the fifth leg of the season. Honda debuted F1 at the Nurburgring in 1964 but last Sunday was the second time they got the podium. The first time thanks to Jenson Button on the BAR Honda in 2004. 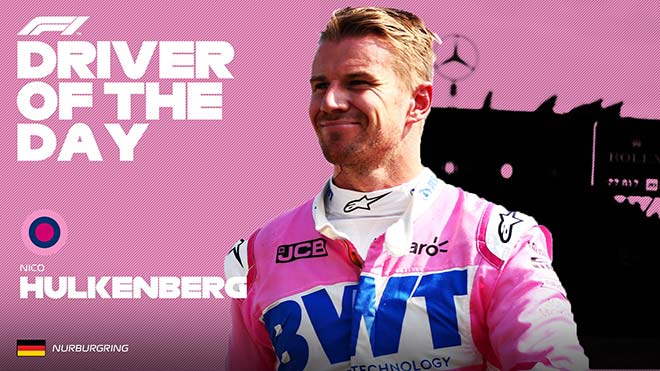 Ricciardo and Renault both have a long-awaited podium return. With the French team, they have their first celebration since the 2011 Malaysian GP with Nick Heidfeld. And Ricciardo is also in the top 3 races for the first time since Monaco 2018. Perez has the second leg in a row to finish the top 4 but has yet to have his first podium since Azerbaijan in 2018. The Mexican driver is still maintaining the chain. scored the longest consecutive score in his career, currently at 15 (not counting the 2 stages he missed because of COVID-19).

Gasly scores sixth, and AlphaTauri is on the longest streak of eight consecutive points in history as AlphaTauri, Toro Rosso or Minardi. ‘Super-reserve’ Hulkenberg excelled at eighth from the last position of the race (winning the title of best racer), before that he was 7th at the F1 70th anniversary GP at Silverstone. Only completed 2 races, but he has reached the top 8 with his compatriot Vettel this season. Romain Grosjean ended a string of 20 consecutive empty-handed races, stretching from the last leg he raced in Germany at the Hockenheim racecourse when he reached the ninth finish. That meant that only the duo of the Williams, Russell and Latifi teams remained. is no point this year. Giovinazzi got the last point in 10th place, scoring the first since the opening leg at the Red Bull Ring, Austria.

The Eifel GP saw nine teams score, the second time since the new scoring system was introduced in 2010. Before, the ‘chaotic’ race at Baku 2017 was the only time this happened. 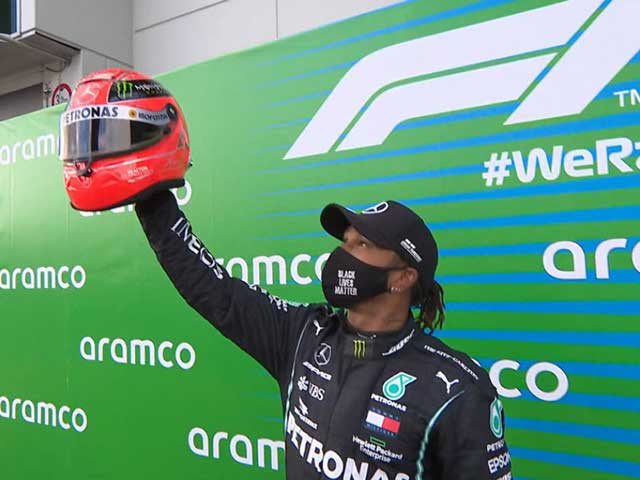 (F1 racing news) Although only starting 2nd, Lewis Hamilton’s desire to win has been concretized by victory …