(Sports news, F1 racing news) The race at Spa is still controversial, but perhaps the racing teams will put it aside to focus on the weekend. The second race in the triple-header series, the Dutch GP, will return after more than three decades of absence with the Zandvoort Circuit.

The Belgian GP is at the center of controversy over how it came to be and how it ended. The Formula 1 battle after a 4-week mid-season break did not provide a realistic view of the team’s improvement in car performance, as they did not have a proper ‘race’.

Although the Sunday afternoon race did not actually take place, with all that was shown in the 2 days of Friday and Saturday, it also partly revealed the preparation of Mercedes and Red Bull for the second phase of the season.

The Spa racetrack itself offers racing teams a variety of settings options. They can choose high or low compression for each specific goal, create an advantage in which part of the track, or simply predict the opponent’s installation package to consider for their team.

Mercedes with a low chassis design, will have lower drag (compared to Red Bull – high ground clearance), so they have many advantages at sector 1-3 as well as at the end of the straight segment. In return, the Austrian team will benefit from compression, so it will dominate in sector 2.

Both teams tried a lot of installation options on Friday, but then on Saturday with the rains, Red Bull showed their right choice by turning the advantage in the 2nd division into pole position.

Stepping into Zandvoort, Mercedes immediately embarked on setting up a computer-based track simulation and conducting virtual running to collect data. They will then process the data to find the optimal package settings, in addition to analyzing tire performance and race-specific tactics.

In the next step, the driver will directly participate in a simulation, with different installation packages to find the highest performance package. Letting the opponent close the gap at Spa is what makes the German racing team unhappy, they head to the Netherlands with the goal of re-expanding the gap with the direct opponent.

Red Bull also did not stand still looking at the opponent, they knew they had a little advantage in Belgium, but still set the goal of winning each specific race.

It was reported that Red Bull would replace the engine for driver Verstappen at Spa, but after the rain on Saturday they did not. If you change the 4th engine and accept the penalty, the gap on the rankings will not be as it is now. Although the racing team will choose a race to pay the penalty, this is certainly not the time to do so.

For Verstappen, it can be said that the fact that this dual nationality driver can race 2 consecutive races on ‘home ground’ is a big mental advantage. He used to win F3 2014 and has performed old versions of Red Bull here in recent years. Perhaps understanding the new track with an existing driver is a big advantage.

The Austrian team will do everything to keep everything under control. But they are also taking legal action, claiming that Mercedes is benefiting from breaking the rules since the UK upgrade package was applied. Red Bull thinks that, in some way, their opponent is cooling the air before entering the combustion chamber below the allowed temperature, helping the engine to produce more horsepower, especially effective with increased phases. speed after exiting the corner.

The problem is that the sensors still report the correct temperature, so the question that Red Bull poses is whether the sensor placement is correct!? It can be understood that it is a form of making it difficult for the opponent that the racing teams apply. It is similar to the accusation that the Bull butt uses a flexible rear wing, which is a violation of the early season regression.

The Zandvoort Circuit is a type of track that is partially similar to Monaco, Hungaroring and Suzuka. By many factors, it proved to be more compatible with the RB16B than the W12. But watch out for Mercedes, because the defending champion is trying to turn the Dutch GP into a highlight, from there moving forward in the battle for the end-of-season titles!!!

All is proving, this season’s Mercedes and Red Bull battle takes place on all fronts. The Belgian GP didn’t really show their strength after the break, so the fight really starts this weekend. Kimi Raikkonen – 2021 will be the year to say goodbye to an F1 monument.

The tournament in the Netherlands is expected, but perhaps at the moment, what is most interested is the 2007 World Champion – Kimi Raikkonen and Alfa Romeo announcing that this driver will end his F1 career after the season. This award is complete. Time still passes, everyone will have to stop at some point, but a monument of this sport like Kimi’s retirement will leave many regrets for fans.

AlphaTauri heads to the Netherlands to close the gap in the top 5 fight with Alpine. In the short race at Spa, both teams raced with points, but were too few to make a difference.

This Italian team continues to be the only team to score at all races this season. And AlphaTauri has a certain advantage when Gasly once attended Formula Renault 2.0 here. Although the structure of the track has changed, perhaps this racer is easier to adapt.

It should also be recalled that Gasly has always had good results on qualifying day, in the past 12 races, he has reached 10 times in the third qualifying round. What this team needs to care about, is the rookie. Tsunoda has little experience. This driver needs to work hard in the test sessions before the 7th day to get the best results to help the team score points. 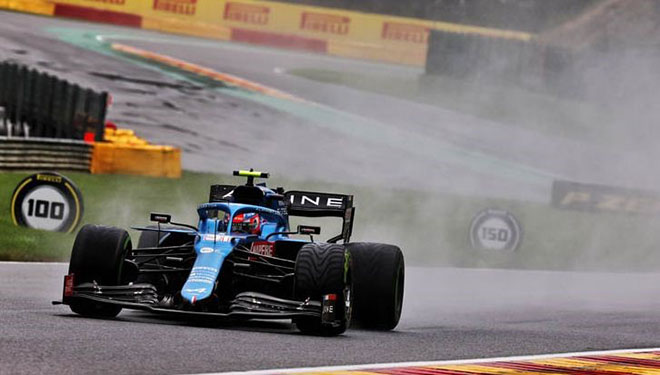 Alpine is becoming a challenge for mid-teams.

Alpine when having the opportunity to consolidate the top 5 position will not miss the opportunity. After the brilliance of both Alonso and Ocon with specific achievements on the track, the French team now knows they will need to continuously improve the car’s performance to repay the confidence of driver Alonso.

The Spanish driver, after a difficult first return, is now gradually adapting to the team’s car. An Ocon now in a different position after the first win of his career. With an 8-point advantage over AlphaTauri, Alpine should know how to steer the game under control.

Despite being left behind with a large gap, both teams need to be wary of an Aston Martin, because if they do not participate in the top 5 race, it is only because they are unlucky. The performance of the main driver Vettel is always a challenge on the track with all competitors in general, not just directly. If they do not take the opportunity to break up with a safe enough distance, then they will immediately feel the ‘breath’ of Aston Martin behind. At that time, the battle for a position in the top 5 became more and more fierce. 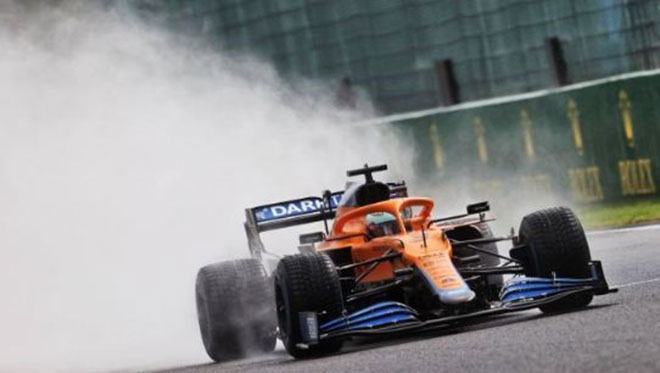 Ricciardo needs to quickly catch up with his teammates to move McLaren forward.

Up ahead, McLaren has a lot of work to do. Although the “race” at Spa temporarily put them ahead of Ferrari, perhaps Norris’s regret is great. If you look at what Williams’s Russell has, perhaps the British driver will see the points lost after his crash in the third qualifying round of the Belgian GP. But Norris, like other young drivers his age, has an advantage over his seniors, having had the opportunity to try at Zandvoort in low-profile events. So I hope to get a positive result here.

McLaren also faces another problem, which is the Ricciardo ‘problem’. Although the Australian driver has just finished 4th at Spa in the 200th race of his career, he once shared that the MCL35M is not right for him. McLaren did not say anything, but the moves show that Ricciardo will have to adapt to the car himself. Because what Norris is showing is too good, and this team does not want to put themselves in a gamble when changing the car for a driver who only gets a quarter of the score compared to his teammate (56 and 113 points).

The counterweight for them is a Ferrari that has not yet been in stable form. They had a disappointing qualifying round at Spa, only thanks to the penalties of other drivers that they managed to get a meager score in Belgium. The red team is expecting their SF21 to be a good match for the Zandvoort over the weekend, which will send both drivers into the 3rd qualifying round to take on the competition.

The problem of the Italian team is the lack of stability in each specific race. In turn, in other races they became very strong, able to compete fairly with not only McLaren but also Mercedes and Red Bull. In addition, the engine upgrade plan may not be launched in Italy anytime soon, but when completed, it will probably be a solid step forward to challenge the opponent. The difference of 3.5 points is not a big gap, if McLaren does not get ahead soon, they will have a hard time with Ferrari in the final stages of the season! 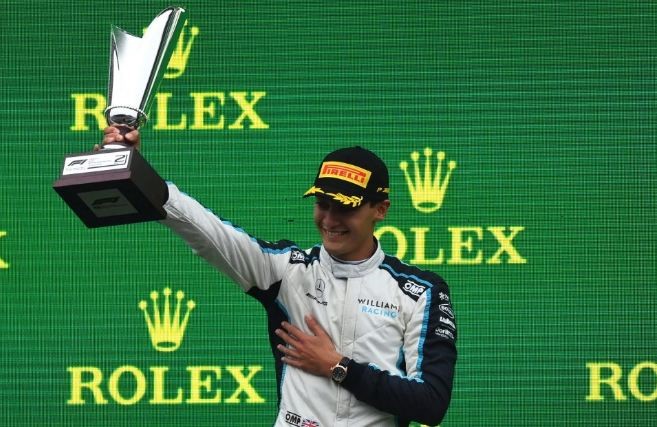 Russell gives Williams an edge over his peers

In the last group Williams got their first podium since 2017, they are now 17 points ahead of Alfa Romeo. Haas still has no points and the opportunity has not really come to this American racing team.

In addition, there will certainly be a lot of changes in the personnel of the racing teams after Raikkonen’s departure. And it is in the bottom 3 teams that will see the most changes, with Russell being able to go to Mercedes, in return Bottas can return to Alfa Romeo to side with Mick Schumacher. Although the information is only speculation, the “sideline” news of Formula 1 is always highly accurate, so all attention will be focused on the moves of the racing teams during the weekend.

Phase 2 of the season has returned, but did not satisfy global fans in the first leg. And fortunately, we don’t have to wait long to get back to the real F1 spin. The Dutch GP at Zandvoort will start at the weekend, with the qualifying session taking place at 8pm on Saturday and the main race taking place in the same time frame, Sunday, September 5, 2021. Live on sports channel FOX Sports. 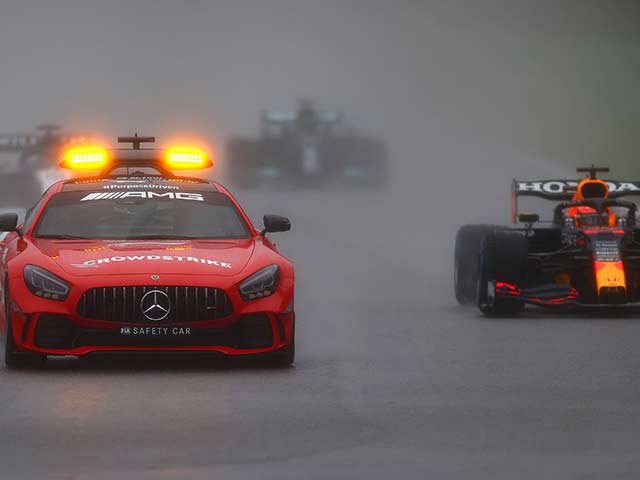