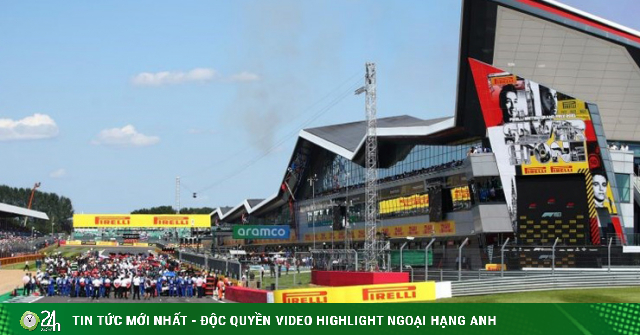 The British GP is one of the oldest racing events in the world that continues to this day. All races from the first race in 1926 to the present have been held in England, where the British racing industry mainly operates.

The oval track at Brooklands was the site of the first British GP in 1926. It was also one of the first airports in the UK. After 2 years, this place was ravaged by World War II and abandoned. The next stage from 1948, Silverstone was chosen as the main stage for the race.

In the modern F1 era, the British GP was the first race to take place in the 1950 season, with new rules and six more races in Europe. Until 1955, F1 alternated between Silverstone and Aintree racecourse, a famous racecourse on Merseyside, on the edge of Liverpool. F1 last appeared at Aintree in 1962, and it was discontinued after that.

Silverstone every time there is a F1 weekend

In 1964, F1 headed to the South of England, appearing on Brands Hatch, a racetrack in Kent, England, just an hour away from London. Like Silverstone, the track is loved by racers. Odd years are celebrated in the East Midlands, while even years are oriented south.

The then-Fast Sports Authority (FISA) established a new policy. Each racetrack holds 1 Grand Prix stage. The answer is very clear for the British GP as Brands Hatch is located in an old forest with very little space to develop. And since 1987, Silverstone has accompanied the British GP to the present time.

At the end of 2020, the pit line was named after Lewis Hamilton in recognition of his achievements. It was the first time in Silverstone’s history that an area on the track was named after an individual. 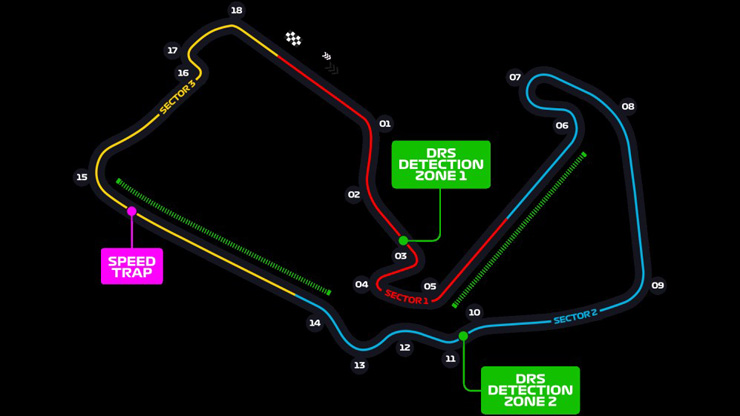 Silverstone has a lap length of 5,891 km and has 18 turns in all. The race will take place in 52 laps, with a total distance of 306,198 km to be overcome. There are 2 DRS zones set up on the track, between the 5th and 6th turns, respectively; located between turns 14 and 15. Lap record is currently held by Max Verstappen with a time of 1 minute 27,097 seconds at Formula 1 Pirelli British Grand Prix 2020.

Silverstone has always been where a lot of tire energy is needed. The three hardest tires C1, C2 and C3 were selected for this race. The tactics of the teams in the last race in 2021 were all 2 pits, with 1 “free” as soon as the red flag was raised after the collision between Lewis Hamilton and Max Verstappen. The 100km sprint race (Sprint race) instead of the traditional 3 qualifying runs on Saturday this year is not scheduled to be held in the UK, so each team will be able to use 13 sets of smooth tires as usual.

The lively atmosphere is always guaranteed. British GP is one of the most crowded races, this season this has not changed. Watch Formula 1 Lenovo British Grand Prix 2022 kick off with the first run at 7:00 p.m. on July 1.

(Sports news, MotoGP news) Assen racetrack, Netherlands, which is considered the “speed temple” of world moto racing, is a place where all racers want to win…