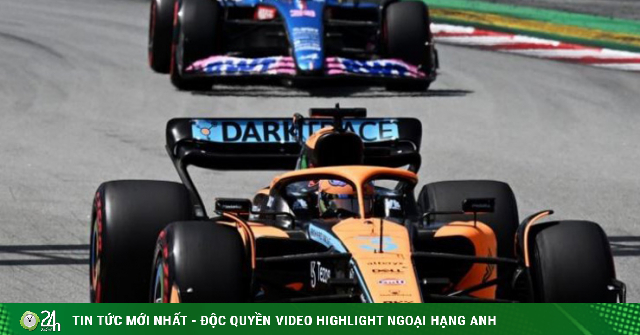 (Sports news, F1 racing news) Silverstone is expected to be the place where Red Bull extends the winning streak, or Ferrari counterattacks after many failed races. This could also be where Mercedes returns to create competition at the top of the race. All will be at the British GP this weekend.

Baku is where Mercedes really struggled with car installation, so the FIA’s “technical directives” issued in Canada helped them a lot. At Circuit Gilles Villeneuve the positive signs came to them, with the 3-4th place of the two drivers.

Mercedes hopes to get good results at Silverstone.

All of that promises to open up the opportunity to compete with the top at Silverstone weekend, this track features many similarities with Barcelona – where at least the German team has performed as expected.

Canada shows that the W13 has good speed, with reasonable tire degradation control. Mercedes is likely to enter the British stage with an upgrade package for 2 British drivers at home. Although the team leader does not want to have high expectations, it is a fact that Silverstone is the place where they can compete for the first victory of the 2022 season.

Mercedes has for many years pursued a low-rise design philosophy, accompanied by a hard suspension. This season’s standards require a higher ground clearance, the suspension needs to be more flexible and the team does not have this optimization. So on bumpy tracks they suffer from a lot of porpoising.

Go to Silverstone, with a relatively flat road surface, accompanied by high-speed corners – similar to Barcelona. So the team expects them to get the best results possible this season.

All the problems facing the “Silver Arrows” will not be completely solved in the UK this weekend. But at least it gives positive signals to fans. They may have set a goal of winning, but realistically they should bet the team will have a podium at the end of the week – even though it will be very difficult for the German team. 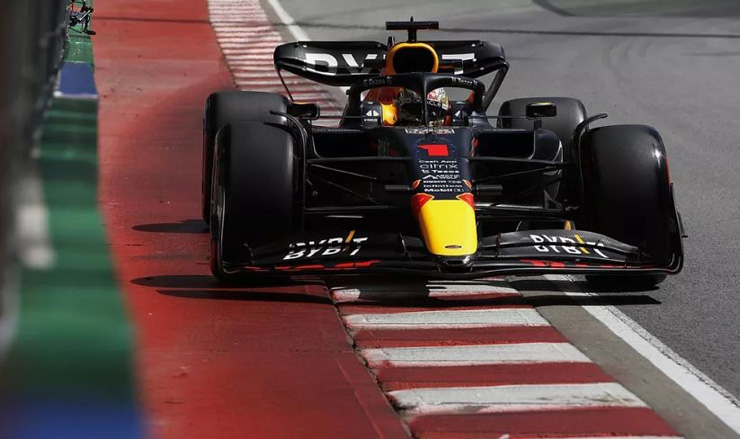 Red Bull and Verstappen decided to win the British GP.

Red Bull is in very impressive form with 6 consecutive victories and 7/9 wins. At the present time in each race, perhaps the victory should be placed on the team from Austria. Leading the opponent by 76 points on the team rankings, their 2 drivers are at the top of the individual rankings – which is a huge advantage after more than 1/3 of the season.

Very cautiously, the Red Bull team leader thinks that at Silverstone this weekend Ferrari – after the turmoil will become the biggest obstacle to the winning ambition of any opponent. And after the show in Canada, Mercedes will be a (probably) non-winner, but a factor that can change the final outcome.

Last season, Verstappen had a huge chance to win, but a controversial collision with Hamilton took away the chance to win. More importantly, the huge score gap at that time they created was almost caught up by the opponent after the stage. Bull butts want to make sure that a similar scenario does not happen again.

Determined to win the race for the first time at Silverstone since 2012. Red Bull hopes its racing duo will be realized by winning the British GP this weekend. 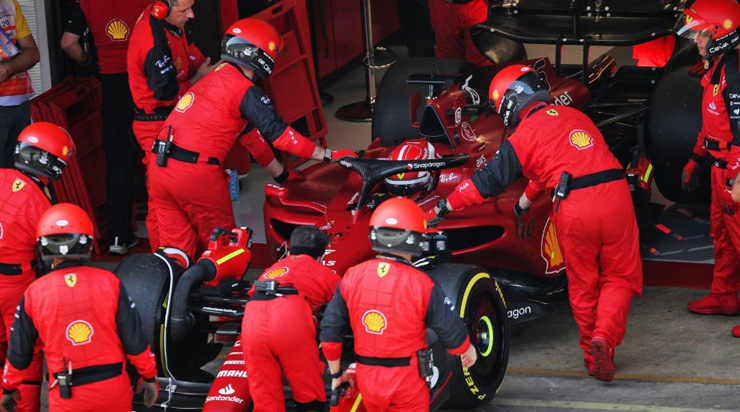 Unable to continue to be left behind because of technical problems, Ferrari was forced to move forward.

At the other extreme, Ferrari is in a state of converting the possibility of winning the stage into failure because of the lack of stability, engine durability, as well as a terrible failure in terms of tactics and technical team when stopping pit. – typically, the stand of more than 5 seconds at the Canadian GP more than a week ago made Leclerc driver lose the opportunity to participate in the podium, although this racer started 19th, in the end could only finish 5th without stop.

Now, with a new engine on a car that proves to be suitable for all types of racing. Ferrari should have some confidence in itself, heading into a challenging race in the UK this weekend. Despite the fact that the F1-75 has the upper hand on the 7th day of ranking, the new RB18 is the best racing car at the moment.

What the Italian team needs most right now, in addition to increasing engine reliability, is to have a smart strategy so that its drivers are not at a disadvantage after each technical stop and return to the track. Leclerc has only won 12 points in 3 stages where the Monaco driver won the pole in a row.

And Sainz is still looking for his first win of his career – although he was so close to it at the Gilles Villeneuve Circuit, Verstappen was too brave for that to happen.

The F1-75 is fine, now the Reds need to recklessly push the race to the limit. They will need the most suitable update package for Silverstone, Leclerc and Sainz riders will have to race with a “nothing to lose” mentality, maximizing the advantages they can gain after the qualifying day. Final results Sunday afternoon.

Despite being underestimated by the competition, the chance of winning is smaller, Ferrari needs to create a surprise so that the battle for the end-of-season title does not spiral out of control. Can the Italian team win the British GP, making the impossible possible!? 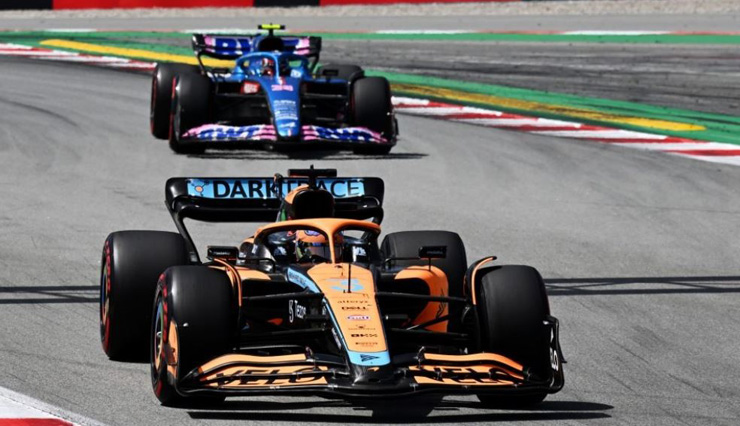 Not only Alpine is ‘breathing heat’ behind McLaren …

There are times, McLaren “alone on one horse” in the 4th place of the racing team without any competition. Then Alpine (57 points) had a good performance in 2 races in Baku and Montreal with valuable points, while the opponent was empty-handed. Now only 8 points behind, it is clear that the French team has reason to believe in themselves. Especially the speed of the A522 that Alonso has in the past 2 races shows that they really have a chance to pass.

Coming to the UK, Alpine is expected to have an update to its car in the hope of improving the car’s performance. Their problem is to dig deep into the current car settings package, because at the last race in Canada, they did not really understand why the car had such good performance on the 6th day, or during the storm. It rained on Saturday, but on Sunday it didn’t get the speed it expected. On the other hand, in the last race, Alonso’s car had power problems, fortunately the Spanish driver was still able to finish the race.

Alpine’s ambition for the UK race is to compete directly with two strong racing teams, Mercedes and McLaren. And indeed, perhaps Norris and Ricciardo are the main competitors! 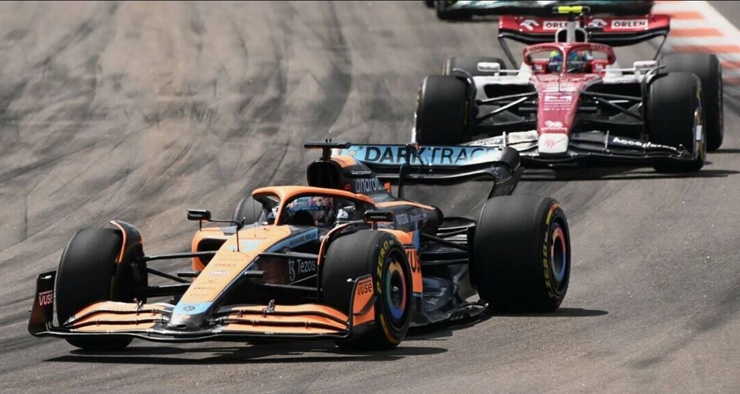 … that Alfa Romeo is also a potential competitor.

Not only Alpine, Alfa Romeo (51 points) has also returned to the scoring circuit more often, significantly closing the gap compared to McLaren a few stages ago. Their problem is that they need to improve their starting position in the qualifying round to gain an advantage in the main race. If so, it will be a big challenge for the middle teams.

To do this, the team from Switzerland will definitely bring an update package in Silverstone. In the previous races, the team had difficulty with spare parts, so they regularly ran the old car installation package for day 6 to ensure there were no technical problems on day 7 – leading to qualifying results. least.

They will now run weekends with the same performance. The upgrade package will be tweaked after each test session for optimal performance. In the British GP, Alfa Romeo is expected to compete with McLaren and Alpine in the middle.

McLaren, after a difficult race in Canada and empty-handed, is forecast to continue to face difficulties this weekend. Whether the racing team can bring two drivers a high-performance car is an unanswered question. About England, where the racing team is located, of course everyone has a goal.

Norris acknowledges that it is not possible to immediately overcome all of the limitations of the MCL36, but racing at home makes the driver believe that he and the team can do something positive for the team’s fans. race. One or both drivers scoring, though not many, is considered a team success.

At the end of the race, there will be a showdown between AlphaTauri and Aston Martin, but perhaps only in terms of rankings between them, because it is very difficult for the drivers of these two teams to earn points without them. major fluctuations during the race.

Silverstone is a place like Barcelona, ​​where racing teams often apply upgrade packages to the car for several consecutive races. So expectations for dramatic competitive scenes are very high. Will the weekend race become a “Three Horses” fight or is it still Red Bull’s winning streak!? Watch the British GP 2022, starting with the test session on Friday, and the qualifying round at 21:00 on Saturday, July 2, 2022. 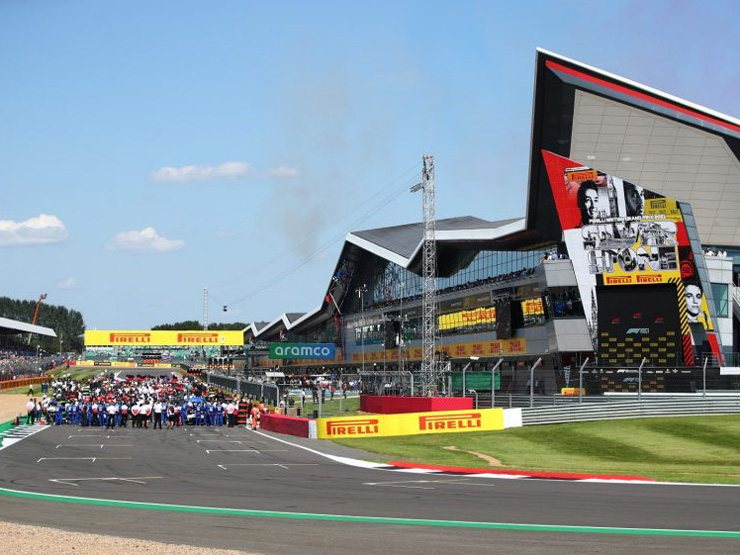 From a track that is not on the calendar since 2019 in Montreal to a track that is tied to F1 even during the pandemic. This is the historic Silverstone racecourse, Kingdom of…