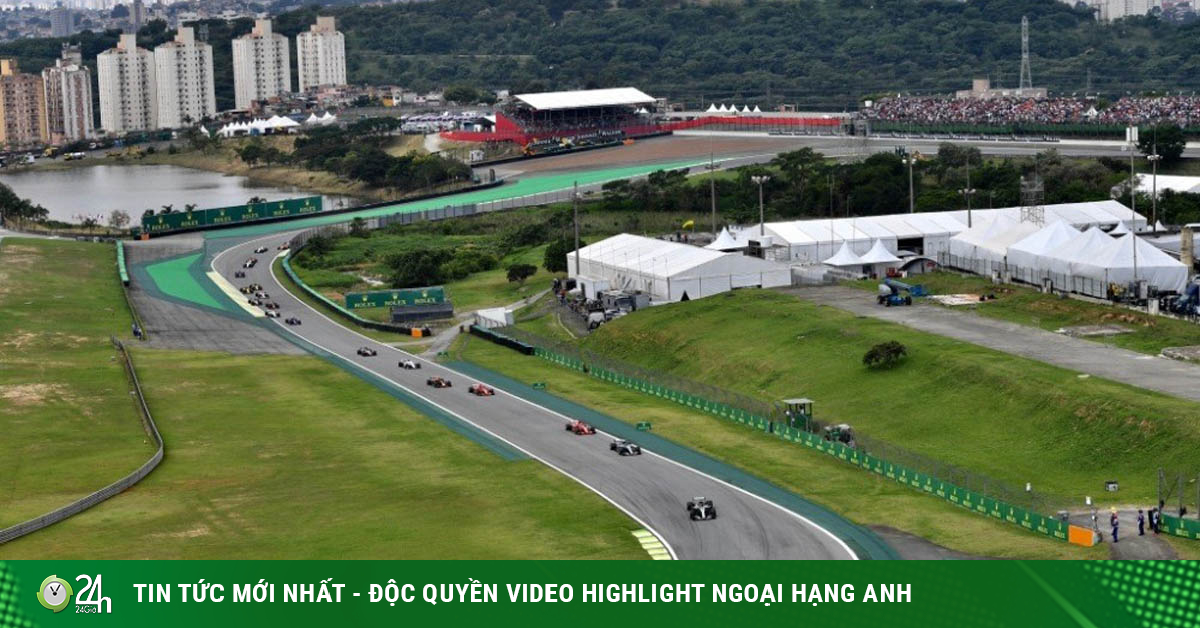 The race that took place in Sao Paulo two years ago brought a lot of emotions to fans as well as insiders, when two young drivers won the first podium in their F1 career. After a 24 month absence, Autódromo José Carlos Pace is ready to return and welcome 20 F1 2021 drivers.

If you are a person who likes the hustle and bustle of big cities, Sao Paulo is a destination you will not be able to miss.

Sao Paulo (Portuguese for “Saint Paul”) is a city located in the southeast of Brazil, considered a leader in globalism and ethnic diversity due to its large number of immigrants. come here. With a population of 14 million, it is the most populous city in Brazil and the 4th largest among cities in the world in terms of population.

São Paulo – one of the most multicultural cities in the world

“There are so many places in the city with great views, I can safely leave my children in the car, that enhances the security and safety here.” F1 star of the past, Rubens Barrichello shared.

“Of course there are still many crowded, cramped quarters in the city, but we should not think that Sao Paulo is a claustrophobic and scary city; Every city has its own problems,” he added

The beautiful area that Barrichello mentioned is the open space in the center of São Paulo: the Jardins, the parks, the area around the palace (now a museum) in the downtown area, and also the business district. Commerce.

In addition, to solve many of the problems facing the city, the Ayrton Senna Foundation – founded after the death of the legendary Senna, a driver born in São Paulo itself and a close friend of Barrichello – has been and continues to be. support and help many disadvantaged children in the locality. 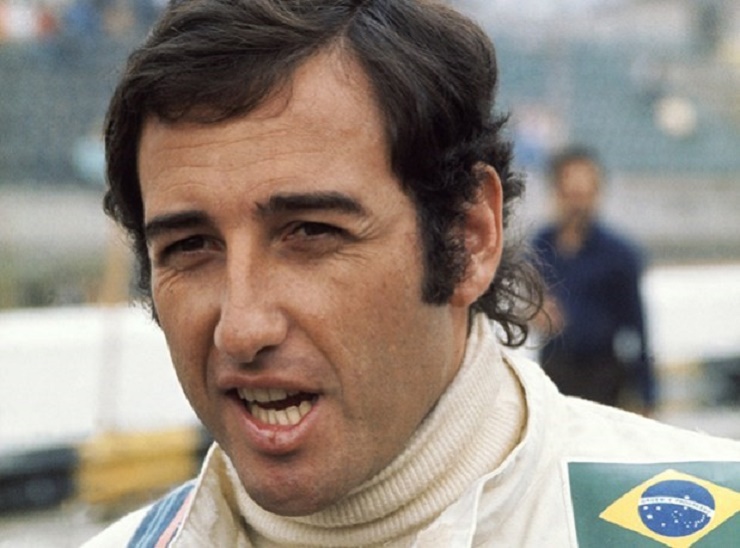 The Interlagos circuit (also known as Autódromo José Carlos Pace) is located 16 km south of the city center, providing many challenges for the racers and engineers of the teams, not only because the track is directional. counterclockwise but also at an altitude of more than 700 m above sea level. The degree of influence on engine power is not large compared to the height of 2200m in Mexico City but still significant.

São Paulo has two airports, including Guarulhos, 30 km east of the center, handling international air traffic. The fastest way to get into the city is by taxi or by private car hire; Buses are a more economical option.

São Paulo’s metro system is clean, efficient, and easy to navigate around the city. However, the system does not extend to the suburbs, so if you don’t rent a car, a taxi will be the easiest way to get to the racetrack at Interlagos. 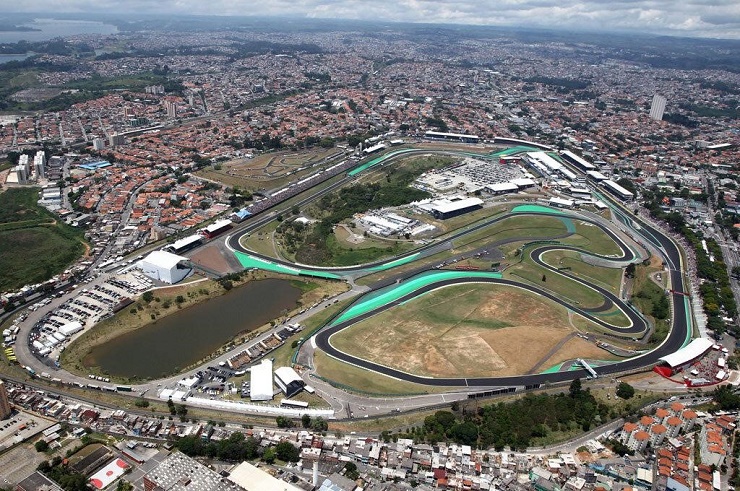 Race track seen from above

Compared to other racetracks, Interlagos has a small capacity, only about 80,000 seats. The stands are located outside the racecourse and there are two classes of tickets for spectators. Due to the nature inside the racecourse, Interlagos is located between the lakes, so the organizers do not sell general tickets.

In October 2020, the owner of F1 signed a contract to extend the race at Interlagos until the end of 2025, under the name São Paulo Grand Prix. However, the contract was suspended earlier this year due to a court determination of legal problems in its use and lack of information in the disbursement of funds.

Also in February this year, the new mayor of the city of Rio de Janeiro confirmed that the plan to build a new track here has been canceled, and they are looking for another site to build. 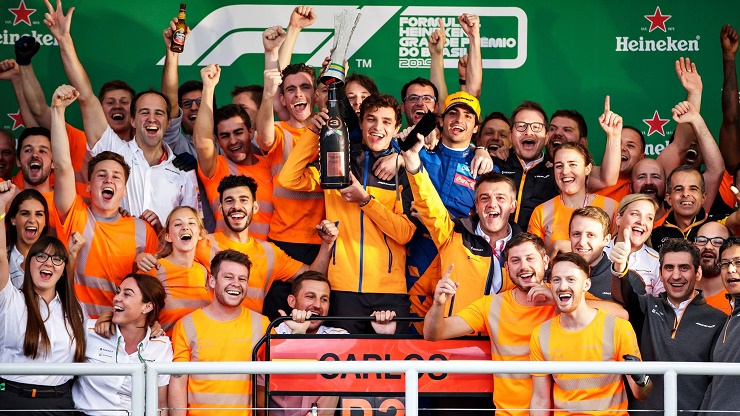 Sainz had a memorable “late” podium 2 years ago

Interlagos or Autódromo José Carlos Pace began to be built in 1938, inspired by 3 main racetracks such as Brooklands in England, Roosevelt Raceway (USA) and Montlhery (France).

It first hosted a race in 1972, but has been officially part of F1 since 1973, with the success of Emerson Fittipaldi. The home audience witnessed the first three victories belonging to Brazilian drivers, with Emerson Fittipaldi – 1973 and 1974 with Carlos Pace (1975). Since then, this has been the main venue for the Brazilian GP race, along with Jacarepaguá with 10 times held between 1978-1989.

The race in 2019 witnessed many remarkable situations, which can be overlooked such as the dominance of Verstappen, the controversial collision of the Ferrari duo, Hamilton “taking” Albon’s podium and the unexpected success for the race. Pierre Gasly and Carlos Sainz. Hopefully the upcoming race will also bring a lot of emotions to the audience.

Tire selection of this race

Pirelli offers three types of tires C2 (Hard), C3 (Medium) and C4 (Soft), the common choice for all races in the Americas this year and the softness is increased 1 level compared to the race 2 years ago. (with 3 types C1, C2 and C3). Hard tires are not used too much in 2019, but this year, all 3 sets of tires will certainly be used more widely with more diverse tactics.

Sprint Qualifying makes its third appearance this season at Interlagos, so only 12 sets of tires will be offered: 2 sets of C2, 4 sets of C3 and 6 sets of C4. There is also a maximum of 6 sets of Intermediate tires and 3 sets of Wet tires in case of rain.

The season is entering its most challenging phase, and with the Sprint Qualifying element, this race will play an important role in the championship race. Watch Brazilian GP 2021 taking place from November 12 to 15 (Vietnam time), with the following schedule: 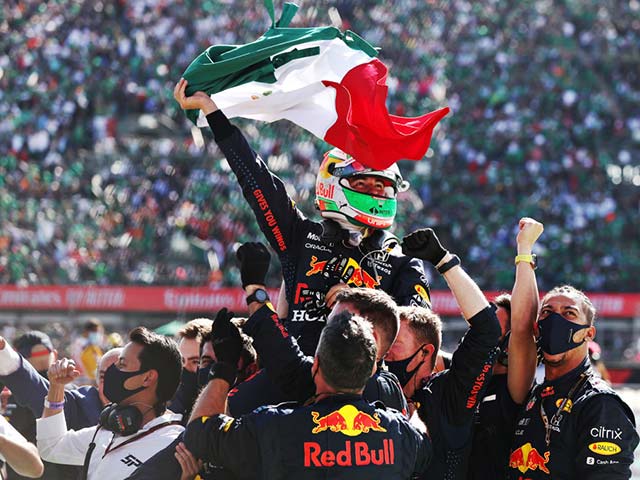