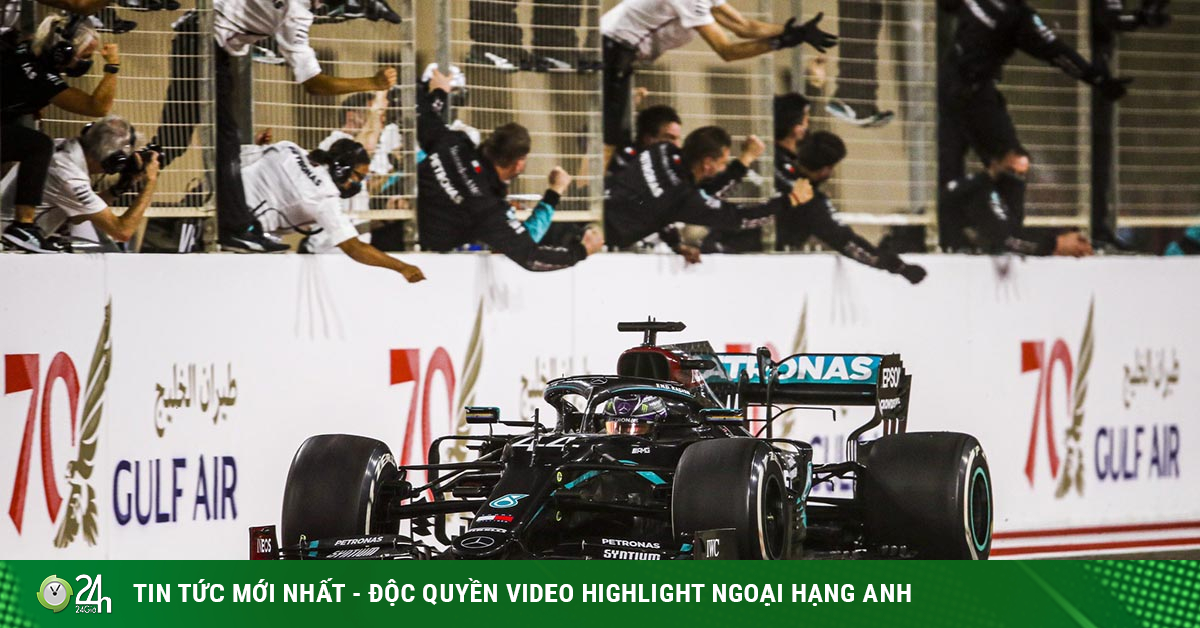 (F1 racing news) With Hamilton at the peak of his performance, Mercedes surpassed Williams on the championship record after the main race in the Bahrain GP leg.

The first race in Sakhir, Bahrain, took place with drama that culminated in the serious crashes of Romain Grosjean and Lance Stroll. But besides that, there are still remarkable statistics (and somewhat historical) after the race lasted more than 3 hours was completed on Sunday night.

Ranking run: The 75th “lock” of the first row for Mercedes

The “silver arrow” has a 75th leg starting in the two highest positions in the race, with Lewis Hamilton winning the 98th pole in his career. In the last 5 races in Bahrain, there is a team that “locks” the first starting line.

Hamilton, Valtteri Bottas and Max Verstappen have the 9th of the last 12 races in the top 3 fastest racer on Saturday (starting position of 3 different people in different races).

The 3rd person from Bahrain has won 2 of the last 3 races and Verstappen is the one who is in that position this year, Red Bull is in the top 3 here for the first time since 2014.

Daniel Ricciardo continued to be in the top 6 and defeated his teammate Esteban Ocon for the 13th consecutive time, although this time, Ocon only lost to Ricciardo… 0.002 seconds. The pair of Alpha Tauri also entered Q3 for the second time in the last 3 legs.

Meanwhile, Sebastian Vettel ranked above Charles Leclerc for the second time in a row. Ferrari started in first row in the past 2 years, but this year they are only in 6th row. Lance Stroll in the last 4 races had 1 pole in Istanbul Park and 3 times was eliminated in Q2. George Russell continued to have the 9th leg of this season in Q2 with Williams. In contrast, Carlos Sainz (McLaren) for the second time in a row could not make it to Q3 after having a technical problem with the car in Q2.

Alfa Romeo’s duo all entered Q3 in Turkey, but were eliminated from Q1 in Bahrain. In Haas, Kevin Magnussen leads Romain Grosjean 8-7 in the internal qualifying race.

This is the second consecutive year the Bahrain GP has ended behind a safe vehicle. Hamilton gave Mercedes the 115th F1 victory (106th time since 2010) in history and officially surpassed Williams in third place on the all-time chart, only losing to McLaren (182 victories) and Ferrari. (238).

The # 44 rider takes the lead in all but one lap, which means he is only 12 laps behind Michael Schumacher’s record-leading lap record. 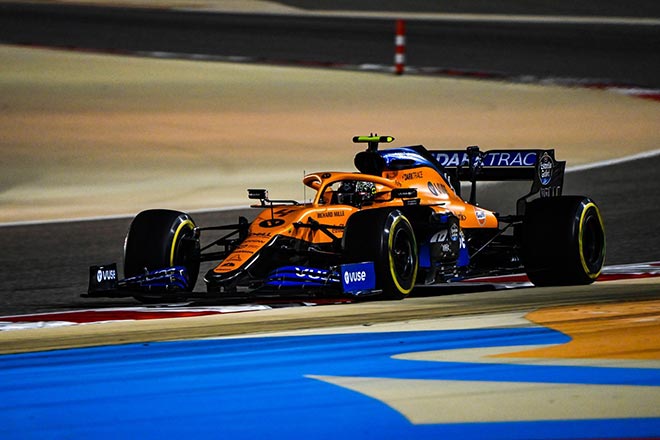 On Hamiltonian theory, currently with 11 wins, there is still a chance to balance the winning record in one season (13 stages) and hit the 100 poles milestone in his career by the end of the 2020 season. But according to the latest information. You will have to retire from the Sakhir GP this weekend, so this is impossible.

The British driver has 5 consecutive victories, balancing the longest chain of his F1 career (Italy, Singapore, Japan, Russia and the US in 2014). This is the 48th consecutive scoring leg and the 81st of the last 82 races.

Verstappen and Albon gave Red Bull its first podium in Bahrain since 2014, the first taking place in the evening in Sakhir. Both also helped “Cuckoo” to have its first double podium since Japan 2017 with Verstappen and Ricciardo then also finishing 2nd and 3rd.

Verstappen won its 10th podium this year, surpassed its personal podium record in 2019 and lost only 2018 (11 times). Albon also has the 2nd podium in his career. 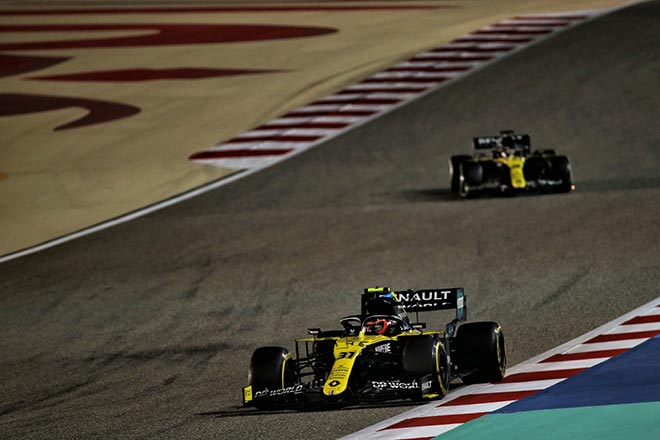 Renault has one more stage to score with 2 cars, raising hope for the top 4

Lando Norris and Sainz finished 4th and 5th respectively, helping McLaren to get 22 points from 0 points for Racing Point this stage, and put them to 3rd place on the team rankings with a 17 point advantage.

The above achievement helps Norris surpass Sainz to take 7th place on the personal chart with only 1 point difference from Sainz and Albon. Sainz has the 5th time in the top 5 this season and for the second consecutive leg he has done so from 15th place.

Pierre Gasly has finished eighth or higher in three races in Bahrain during his career. Ricciardo scored for the 9th consecutive leg, surpassing the scoring record in 2019 while Leclerc had the 7th consecutive leg to reach the top 10 when lucky to finish 10th.

Bottas came in at No. 8 to disappoint and lost its first podium in Bahrain since 2016. Daniil Kvyat finished 11th for AlphaTauri after colliding with both Grosjean and Stroll in the first three rounds. Russell finished for the sixth time in the top 12 but he and Williams are still hungry for the first point of the year.

A power unit fire incident at the end of the race caused Perez to lose his chance to win podium in the first two consecutive races in his career and also ended the Mexican rider’s streak of 18 consecutive races.