(Sports news, F1 racing news) A perfect victory for Ferrari in Bahrain with Charles Leclerc finishing first at the Bahrain GP. Second is Carlos Sainz. Neither of the Red Bull drivers were able to finish the race completely, helping Lewis Hamilton fill last place on the podium.

An exciting opening match is about to take place as the sun slowly sets in the sky of Bahrain predicting a tense showdown between Ferrari and Red Bull from the very start. Mercerdes needs to find a way through if he wants to stay in the center of the main movement.

Top 10 picks are no longer required to use the same runner in the 2nd ranking session. And up to 18 out of 20 riders will start with Soft tyres. Only 2 McLaren drivers left will use Medium tires in this start.

The set of tires the racers use to start

The engineering team waited for the clock to hit the mark, and the cars started rolling for the warm-up lap. The moment we’ve all been waiting for after 3 months has come. Each car in turn returns to position, until the green flag is raised behind, the red light turns on in turn….

Leclerc entered the first turn, gaining a racing line advantage and preserving the lead. Hamilton took 4th place through the 2nd turn. Bottas, although starting at the same level, soon fell behind. Ocon collided with Schumacher causing chaos in the rear. Then the French driver will be penalized for 5 seconds in the next pit. 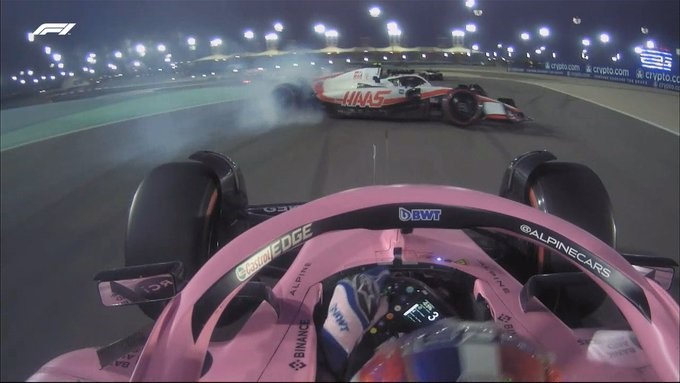 Accident in the first round

Verstappen still did not give Leclerc comfortable space at the front of the group. Russell overtook Magnussen, only 2 steps away from Hamilton. Round 9, Bottas overcame Albon to 12th place, continuing the recovery journey after the error starting situation. Hulkenberg locks the tire when entering turn 1, opening the way for Stroll to pass.

Round 12, Hamilton entered the first pit, changed to the Hard tire, had a bad turn on the first turn and both Bottas and Zhou passed. Next came Alonso and Schumacher and the pit, both changed to Medium tyres. Sainz began to feel that there was a problem with the tire, while Hulkenberg could not enter the pit because the car was too hot.

Round 15, Verstappen and Sainz both entered the pit, switched to Soft tires and will definitely stop for the second time. Leclerc and Perez copied again at the end of the next round. Perez switched to Medium tires while Leclerc was Soft tires. Verstappen stayed close but could not get ahead when Leclerc left the pit, but was enough to get in range to use the DRS. 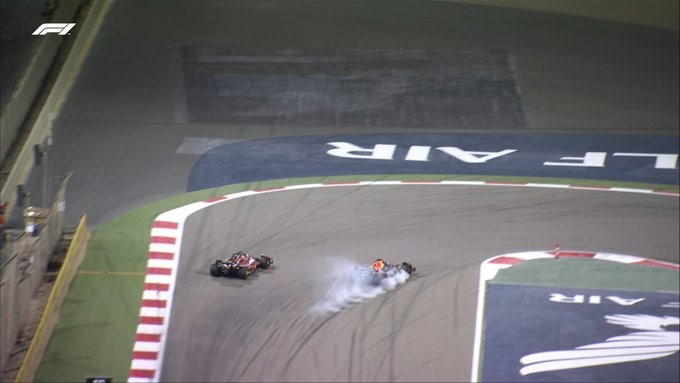 Unhappy ending for Verstappen after the match lasted 3 laps

The speed fight that followed was pleasing to the eye. Verstappen broke out on the main straight with the DRS, overtaking the first bend. Leclerc calmed down and pressed back, regaining first place. Everything seems to be rewinded in the next round. The defending champion repeated everything that happened. By lap 19, a situation where Verstappen’s tire was locked easily helped Leclerc to increase the distance out of the range of using the DRS.

At the end of the above performance, there is Tsunoda who is defending 11th place against Bottas. Sainz wants a 3-stop race, and that’s likely to happen. Round 28, Hamilton entered the pit for the second time, changed to Medium tires, tires that seem to have good performance this evening. Verstappen also entered the pit for the second time on the 31st round. Leclerc did the same. Both are fitted with Medium tires, but this time the gap is larger than last time. 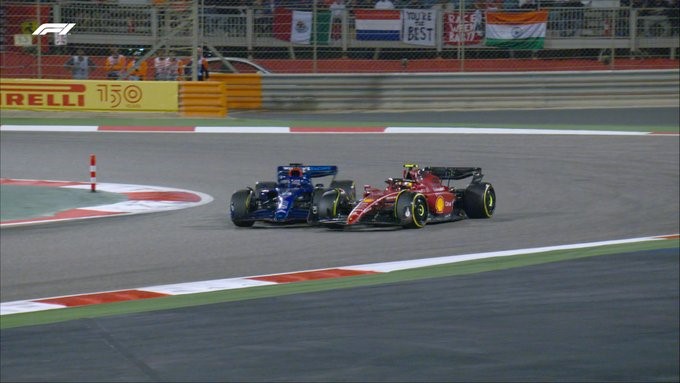 Albon and Sainz almost had an accident

In round 34, Sainz and Perez entered the pit, paving the way for Leclerc and Verstappen to continue fighting. Tsunoda returned to the top 10 in round 41, pushing Alonso behind. Norris also entered the pit for the second time, returning to last place.

Round 44, Red Bull suddenly put both drivers into the pit, replaced the old Soft tires and hoped enough to chase the Ferraris ahead. Sainz will respond and also pit for the next round, still back in front of Perez. Then there was Hamilton, who changed into Soft tires and fell behind Russell. There was trouble with Verstappen, but it didn’t stop there, an AlphaTauri behind was parked on the side of the road. Gasly’s car was on fire and the Safety Car must have appeared. Everything went well for Leclerc and he pitted safely with the newer Soft tires. The cars were forced to move forward as Gasly’s car was safely moved out. Round 50, Safety Car is on its way back to the pit.

Leclerc easily left everyone behind, Verstappen still had to hold out against Sainz and Hamilton’s late brake situation almost crashed into Perez. Top 5 remains the same. Schumacher could not hold against Tsunoda and was pushed out of the top 10.

Disaster for the defending champion, Verstappen slowly brought the car to the pit, ending the race 3 laps early. Not stopping there, the last lap, Perez’s engine also stopped, and Hamilton returned to the podium. Unfortunate ending for Red Bull. 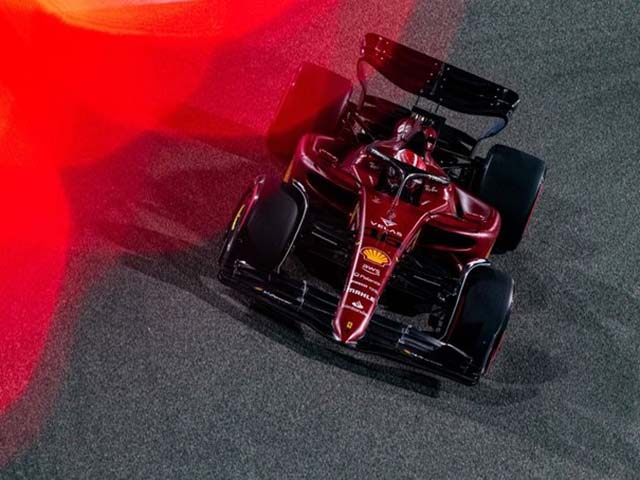 (Sports News – F1 News) 98 days after the end of the 2021 season, F1 2022 officially took place the first race in the new era with a lot of new success expectations.