(Sports news, F1 racing news) This year’s Azerbaijan GP race at Baku racetrack was not as attractive as expected but still brought a lot of remarkable numbers. Especially the victory of Max Verstappen, who missed the chance to win the title 12 months ago. Here are some of the most impressive statistics after stage 8…

Ranked Runs: Leclerc rises above the ‘gold chart’ in Baku

The important run on the 7th day at Baku street took place with many interesting developments and there was no shortage of red flag incidents (from Lance Stroll (Aston Martin)). In the end, Charles Leclerc had a perfect lap to win the 4th pole in a row this season (although Red Bull is the champion in the last 3 races).

Leclerc is the first driver to get more than 1 pole in Baku and he also beats rival Max Verstappen in career poles (15 times).

Sergio Perez has fuel issues but still manages to get the 2nd fastest, 2nd top finish this season for Red Bull. Meanwhile, Carlos Sainz, despite making a mistake in the decisive lap, still got the best starting position in Baku – P4. This is the 6th time in 8 races, Ferrari and Red Bull have occupied the 4 highest starting positions.

George Russell ranked 5th, only the 2nd stage he stood in 3 starting lines earlier this year. The British driver has for the 3rd time in a row defeated his “senior” teammate Lewis Hamilton, who is only 7th.

Between the two Mercedes is Pierre Gasly with the best ranking result of the year for AlphaTauri and the second time in a row in the top 6 Baku. P6 is also the position of 2021 race winner, Red Bull’s Perez. 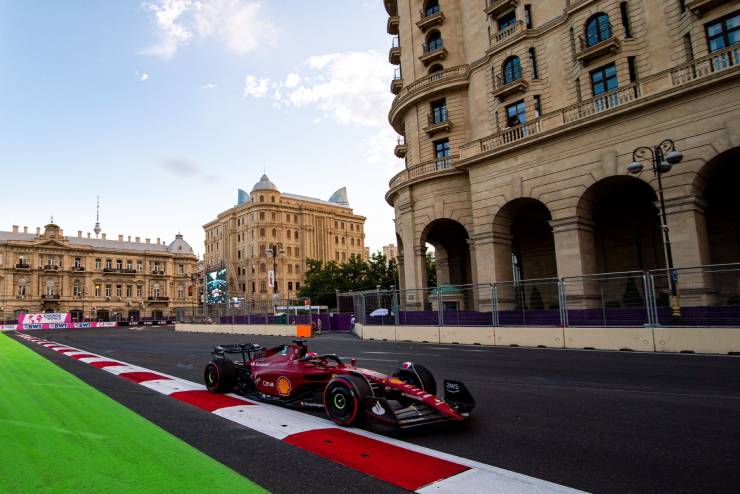 Yuki Tsunoda’s 8th place is the Japanese driver’s best Saturday performance this year. Behind is Sebastian Vettel with the 2nd stage in a row ranking 9th and improving 2 places compared to Baku 2021, where he finished 2nd and won the podium. No McLaren car has made the top 10 for the first time since Saudi Arabia earlier this season.

As for Lance Stroll, he has been eliminated in Q1 for 3 consecutive races this year, and at the Baku circuit itself, and he has a 2nd consecutive year of accidents and early stops. With this achievement, Verstappen had the 66th podium for the “bull” surpassing Vettel’s record with the Austrian racing team. The 25th career win helps him equalize the achievement with 2 legends Jim Clark and Niki Lauda, ​​ranked 9th on the All-time leaderboard. With that, Red Bull also equalized Lotus in 5th place in all-time team wins, 81 wins. 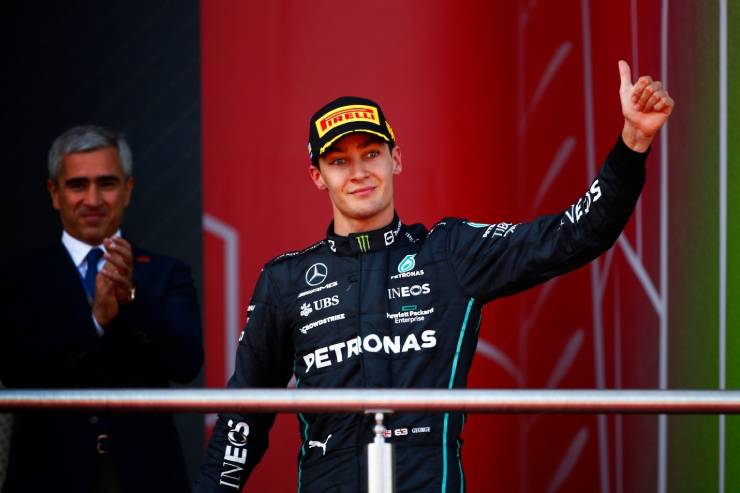 Russell ranked 3rd and maintains an impressive streak of being in the top 5 and scoring in all races as well as being the only driver to complete all the laps of the 2022 season so far. This is also the third stage for Russell to be in the top of this year’s podium (besides Australia and Spain) and are both in 3rd place. AlphaTauri has the best results since the beginning of the year

Teammate Hamilton won P4, the first top 4 of driver #44 in 5 stages. Currently, the gap on the individual rankings between Russell and Hamilton is 37 points. 5th is Gasly, with the first score since Albert Park and AlphaTauri’s best in 2022.

Vettel finished 6th for Aston Martin, with the team (including all the names Force India, Racing Point or Aston Martin) finished top 6 in all F1 races held in Baku. Alonso finished 7th, equal to the finish he had at Monaco on the day he set a record for the “seniority” of his F1 career (from the debut race – 2001 to the last race) which lasted 7,771 days. 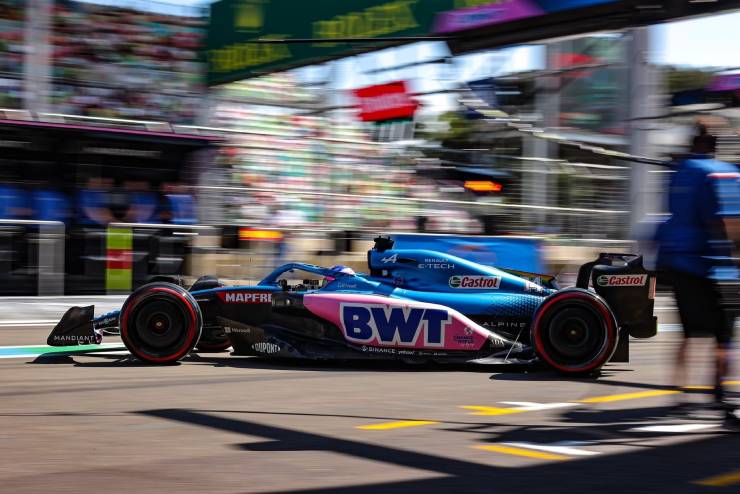 Daniel Ricciardo has the second scoring stage this year (P6 in Australia and F1 Sprint in Imola) with P8. McLaren’s remaining driver, Lando Norris is 9th and has the 50th point in his career (excluding the F1 Sprint). Ocon is the name to score the last point and also his first leg in Baku since 2017. Valtteri Bottas – P11 is outside the top for the second time this season (DNF in Jeddah).

As for Ferrari, they have 2 DNFs in a race for the first time since Monza 2020 and now they are 80 points behind Red Bull in the team rankings despite being the leader before the Spanish GP took place. Leclerc was the one to win the pole but had to give up while leading in 2 of the last 3 stages. Currently, the Monaco driver is 34 points behind Verstappen in the personal rankings. (Sports news, F1 news) Perez led the race from the first lap, and Max Verstappen led a perfect 1-2 at the Azerbaijan GP, ​​while both Ferrari drivers were DNF, paving the way for…