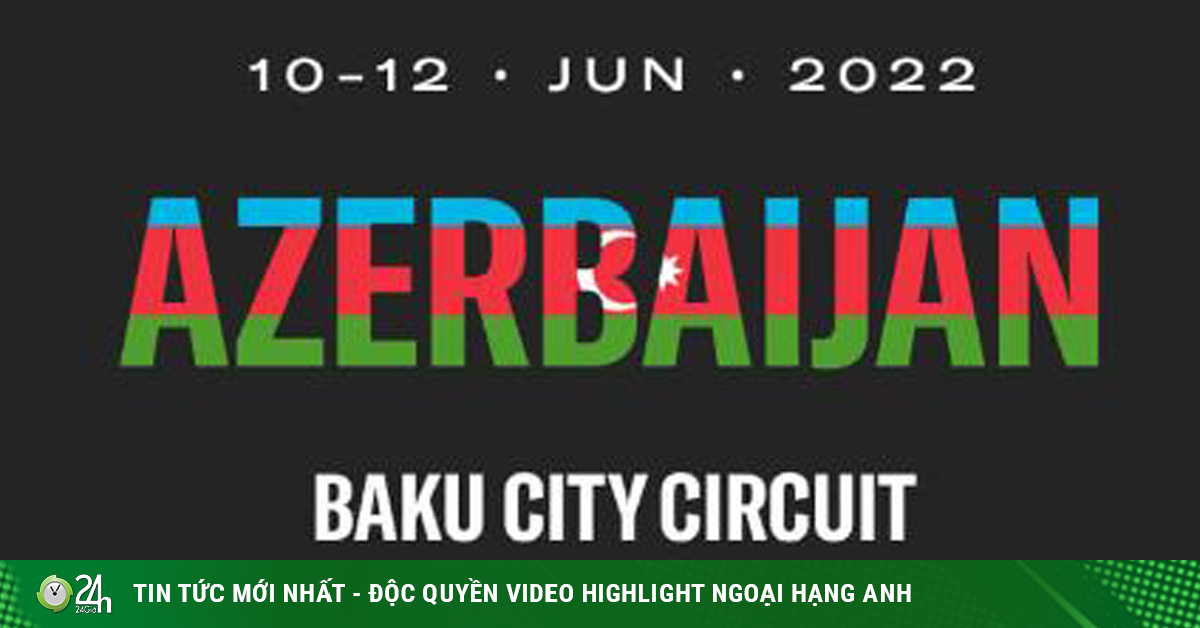 As soon as the signs showed that Red Bull was focused on driver Verstappen, Perez showed that he should not be “abandoned” by a spectacular victory in Monaco, even though only starting 3rd. Heading to Baku, where he had a victory. First win for the Austrian team last season (despite starting 6th). If he had won 2 consecutive victories for the racing team before renewing his new contract (before the weekend in Monaco), perhaps the Mexican driver was in a different position when negotiating!

Perez is making the championship race more attractive, and is a challenge for Verstappen.

Now, Perez has a score very close to the two top drivers. And how will Red Bull treat their duo while not being able to equal opportunities for both. There is also the presence of Ferrari’s Lerlerc. If he continues to score impressive points for the team, it will be very awkward for the team leader.

Red Bull is showing a championship power on the track. Their two handlebars achieved good results. But since then there have arisen many non-professional problems. Verstappen driver’s father, Mr. Jos, thinks that the racing team should focus on supporting the driver who is at the top of the rankings (also his son). If this statement was a few races ago, perhaps he would have received the agreement of many people. But now the story has gone in a different direction.

“There’s no Max Verstappen Racing or Sergio Perez Racing – there’s just Red Bull Racing,” Horner told the media. His message is that the drivers must fight for the common goal of the racing team. The racing team will need to handle internal relationships well to focus on expertise, with many more technical issues needed.

The first, it was Verstappen’s unstable DRS error in Barcelona. Coming to Monaco, the track did not require too much speed and performance, so the team did not focus on it. But Baku weekend is a completely different story. The rear spoiler will operate at a speed of over 300km/h, and this error comes from the racing team’s car tuning upgrade packages. So the weekend race will be a really effective test for the stability of the team’s DRS system.

Red Bull is expected to have upgrades for the race at Silverstone, or the brake cooling system for races like Hungary or Singapore. But it’s “future tense”. The first thing now is to focus on the race weekend. Where they are considered to be able to lose to their opponents in the qualifying round, but will win the race on Sunday afternoon. Now the question arises: Will Vestappen or Perez be the winner!? Ferrari “lost” a lot in Barcelona and Monte Carlo, MISTAKES NOT REPEAT.

Ferrari failed to face Red Bull in Monaco more than a dozen days ago because of a multitude of factors, developments turned unfavorable for them. The first is that the Austrian team played a gamble when giving Perez the first pit stop, if Norris of McLaren does not stop immediately, perhaps the Mexican driver has failed tactically, as he will spend a lot of time running. behind the British driver.

The Italian team listened to Sainz to adjust their strategy to straight dry (Slick) tires, and then they stopped Leclerc from changing the intermediate tire without counting that the time gap between him and Perez was not enough to create. pit-lane distance.

The next mistake was to put Sainz in for a slick tire change, back to the track behind Latifi/Williams, and the Spaniard took about 2 seconds longer to overtake the caught racer on the narrow Monte Carlo track – that’s it. is the reason you’re behind Perez. The same thing happened with Leclerc, when the first pit stop was over, he was stopped by Albon – also of Williams, despite being caught around – holding back a lap. All those developments really made them no longer have a chance to win in Monaco at the weekend.

More worryingly, experts say that Ferrari’s mistakes are “historic”, because this has happened many times in the past to the present. It is ‘instinctive’, as they react to the opponent’s racing tactics in a way…. couldn’t be worse. Tactical passivity at least cost Alonso the chance to win the 2010 title in the final race of the season in Abu Dhabi! Azerbaijan GP weekend is not easy, wait and see how the racing team will act after the past mistakes in Monaco!!!

Facing the opportunity to win both Barcelona and Monte Carlo, but then for different reasons, they let Red Bull pass is a pity for Ferrari. Now the racing team must use all its strength to return to the winning trajectory. It is not easy at all, they must learn to draw their own lessons so that the same mistake does not happen again – otherwise, the championship opportunity will leave them.

Ferrari has a car that can compete in the qualifying round, but the race-pace is not the strongest, it makes them unable to turn the advantage from the pole position into an absolute advantage on the track. The car needs to raise the race-pace to aim for victory. But the challenge of the budget cap affects not only them but all racing teams. So the team needs to have tweaks to the current installation package, before the new upgrade is expected to be applied in the UK in July.

Ferrari can take the pole in Baku on Saturday, will Leclerc and Sainz and the technical team overcome all pressure to win Sunday afternoon? Mercedes is struggling to find itself again!

Although Russell is ranked 4th on the personal rankings, this mark is more personal, not clearly showing the strength of Mercedes.

Starting from a changed design philosophy for the 2022 season, the W13 suffered from ground effect porpoising, which prevented them from having a good race-pace like Red Bull and Ferrari. The upgrade package in Barcelona greatly improved the team, it helped them have a pretty good competitive performance.

Coming to Monte Carlo, this update package is not compatible because of the bumpy nature of the street surface. Mercedes had to raise the ground clearance, which caused a lot of difficulties for both of their drivers. Fortunately, Russell overcame McLaren’s Norris, bringing a good record for the team.

Coming to Baku for the weekend, the German team will face less of a challenge. Although it is still street racing, the Azerbaijan GP does not cause as many difficulties as Monaco. Mercedes hopes that the speed-oriented track can help them improve their performance. But reality shows that they are still 0.5 seconds behind the first two teams. So, the highest ranking they get will be right behind Red Bull and Ferrari. Compete and beat the competition, “Silver Arrow” fans may have to wait a bit longer, at least until the race at Silverstone! 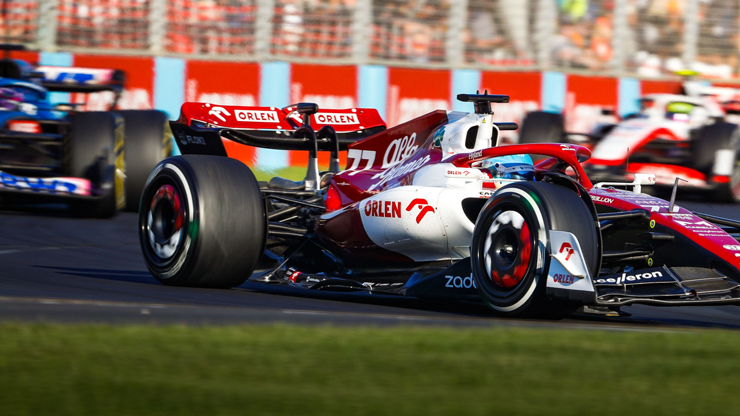 Bottas is under threat position by Alpine.

At the back, the fact that Norris helped McLaren score points to consolidate the top 4 position made the British racing team (with 59 points) temporarily leave the chasing group Alfa Romeo of Bottas and Alpine. So the focus behind will belong to the following objects:

The pressure now belongs to the Finnish driver’s team, when the distance between the racing team and the Alpine opponent is only 1 point (41 and 40 points). Bottas hopes the Azerbaijan GP will open the door for him to help the team increase the gap. He thinks the track characteristics are quite suitable for the C42, so they will get good results.

But wanting is one thing, achieving it is another story entirely. Alonso and Ocon are also considered as two drivers who can score this stage. If achieved, it means Alfa Romeo will probably be knocked out of the top 5 by Alpine. Considering what the French team achieved in Monaco, this is entirely possible!

That’s not to say that Alpine’s goal is feasible. By common opinion, the list of drivers that can contest the top 10 (besides Red Bull, Ferrari and Mercedes) includes many faces: Bottas, Alonso and Ocon, Gasly and Tsunona of AlphaTauri, Magnussen / Haas, Ricciardo / McLaren and Aston Martin’s Vettel. So the battle in the middle of the race is forecasted to be very fierce. Two drivers are under a lot of pressure: Ricciarrdo and Mick Schumacher

The other two riders will be under a lot of pressure in Baku.

Firstly, Ricciardo has not been able to score a single point for McLaren in the last 4 races. And the team is hinting at their disappointment with this Australian driver. Because the performance when compared to his teammates Norris was a difference. The difficulty in this situation of McLaren is the terms of the agreement between the two parties, only Ricciardo has the right to break the contract. So this driver needs to soon adapt to the car and compete effectively, only then will McLaren go far.

The second driver is Mick Schumacher. While Magnussen (the driver who just returned to F1 after a year off from playing) still scored, the legendary son Schumacher was empty-handed. This put him under tremendous pressure, before this American team found a way to let him “outside”. That may be the reason why this young driver has had a collision in recent times, costing the team’s budget a lot of money, especially when the law limiting the budget is applied. Mick needs to step out of his father’s overwhelming shadow soon – and with it the pressure – to show his ability, before it’s too late!

An important element of the Baku installation package, the track’s features, somewhat running through the old town, are not much different from Monaco. The car needs enough downforce to get through the fastest corners – Ferrari has the advantage in sector 1 and part 2. But the last segment, where the “straight line” is up to 2km long, has the advantage. belongs to Red Bull.

The problem of setting up the car needs to be calculated by the team of race engineers to get enough downforce for the car to be stable at low speed corners, but not too large to lead to a reduction in traction in the long straight. The racing team that solves this problem most effectively means the chance to win will open!

Another factor, this week’s race is more than just 51 laps and fights, because soon the teams will have to head to Montreal to prepare for the next week’s race in far North America. All will create an exciting and unpredictable race at Baku City Circuit this weekend. Azerbaijan GP 2022 will start with a test session at 6pm on Friday, the qualifying round at 9pm on Saturday, 11/6/2022. (F1 Racing News) One of the longest races on the F1 calendar, Baku City Circuit is where the next speed race takes place, right in the heart of the old city of Baku.