(Sports News – F1 News) There is no time to rest, the racing teams immediately prepare for the next race with a new but not new format. The Sprint qualifying format is applied at the Red Bull Ring weekend.

Nearly half of the season Mercedes lagged behind the top two teams, the default battle is between Red Bull and Ferrari, especially in the 7th day ranking wars, which is always their showdown. Then came the main race at Silverstone, the German team showed a completely different face.

Mercedes is becoming a “challenge” with Red Bull and Ferrari

The upgrade package, which is forecasted to be very suitable for the UK race, has promoted the expected performance. It helps the “Silver Arrow” get a good race-pace. Taking advantage of the incident that caused the two RB18s to fall behind, the W13 competed with the two F1-75s for most of the race, and then a showdown with Perez in the final laps.

That shows that Mercedes has come close to the top two competitors in the rankings. There are even times when Hamilton’s race-pace seems to be better than the Ferrari duo, 1 point thanks to the fastest lap the former champion has in the final lap is the clearest proof of that. Realistically speaking, Mercedes could win the British GP last weekend!

This track is especially compatible with their car thanks to the flat pavement structure. Tire performance is also optimally improved, so even though it is always necessary to accelerate to chase the opponent, with just the average set of tires Hamilton can still run 33 laps before changing to a new set of tires, more importantly race-pace which you have is still good.

On the other hand, it may be necessary to evaluate their performance at Silverstone with a broader perspective. Whether Mercedes can get the same performance in the next races is another question. Does this upgrade package work for the car or is it only suitable for this type of track?

Commenting the W13 is likely not quite suitable for the Red Bull Ring this weekend. A place that does not require high downforce as in last weekend’s race. So the race in Austria is really a test for the upgrade package that the team successfully applied in the UK on Sunday.

Mercedes is the one who knows what they have, so their plan is to upgrade the car with the most suitable update packages for the three upcoming races, Austria, France and Hungary. In which the following two races are major updates, while in Red Bull Ring will be tweaking the current installation package.

At the moment, Mercedes is expected to win its first victory in the 2022 season. But that is difficult to come true in Austria. So believe that they have complete confidence to once again capture podium this weekend.

Red Bull continued to show his strength over the weekend. Despite the fact that they continue to not have a victory at Silverstone since 2012 until now. 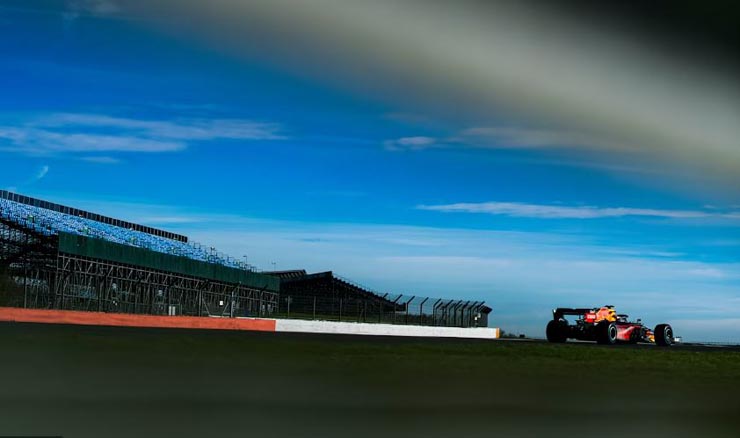 Verstappen’s perfect start to overtake Sainz in the first corner would have been the winning advantage, but the red flag from the crash caused the race to restart. There the Ferrari driver did not repeat the same mistake to lead the race. With a car full of power, the Red Bull steering wheel pressured the opponent to make a mistake at the Becketts corner to get ahead.

Unfortunately, the Dutch driver then ran over debris lying on the track, causing it to get stuck in the car, reducing performance and from that point on his RB18 lost competition. Teammate Perez was forced to change the wing and run to the end of the race, but the performance of the best driver of the race sent him to the second finish, thereby helping Red Bull score their best score at Silverstone.

To get such a result, experts say that it is thanks to the design and upgrade package that is very suitable for the race. The body of the car above the sidepod (the cover that covers the engine) has been adjusted to widen in the rear half, increasing its cooling efficiency. Typically, increased cooling affects the aerodynamic flow through the bodywork, resulting in a performance impact. 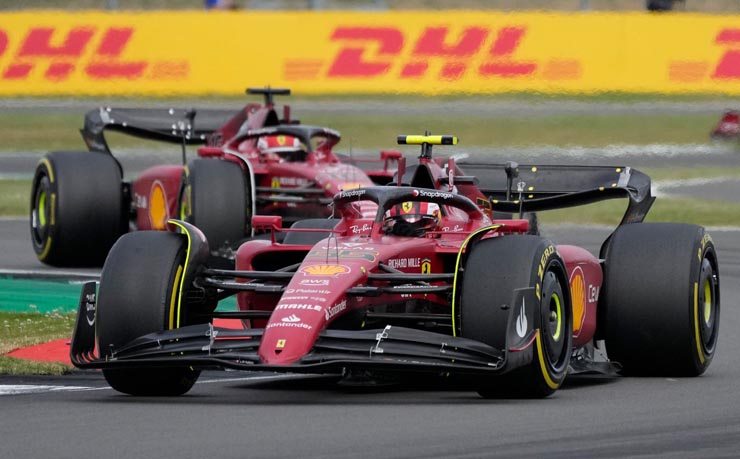 Ferrari always does not have the optimal strategy for its drivers

But Red Bull has reconciled increased cooling capacity with overall aerodynamics. By expanding the bodywork, it creates aerodynamic flows between the body and the floor, which, combined with the rear spoiler and tweaked diffuser, greatly reduces porpoising. All to make the RB18 the hardest race-pace to beat at the moment!

Returning to the Red Bull Ring at the weekend, is the true ‘home ground’ of the Austrian racing team, where Verstappen won both races in the 2021 season. The goal of the racing team is to continue to win – win the battle on the leaderboard, win. for the fans of the racing team.

In addition, their aim is also to compete for the pole position on day 7, where rival Ferrari is dominating. This could happen, as the 7th qualifying round was replaced by a 100km sprint. Their two drivers are still leading the individual standings, and Red Bull has ambitions for both to be on the podium on both Saturday and Sunday.

Winning the British GP is only valuable to encourage Ferrari when they temporarily interrupt the opponent’s winning circuit, and at the same time help Sainz relieve his mind with the first victory in his career. It will help the Spanish driver to compete more sublime from this point on.

Their main problem is that in addition to the test sessions and the qualifying round are affected by the weather. But there Red Bull is always better than them. Even the Bulls are at a disadvantage on the 7th, but if Vestappen doesn’t get the yellow flag, will Sainz win the pole!? Or would the Italian team win, if it had to compete with the main opponent during the race, instead of a new “revived” Mercedes! One more reason, the technical stoppage strategy for both of their riders was a fierce debate right after the race ended. It was suggested that Ferrari had enough time to call both drivers to a pit stop when the safety car appeared after the Ocon incident.

But it’s unlikely that if that happens, the opponents behind will do the same – if they don’t pit-stop, the race with more than 10 laps final will be ‘defensive experts’ like Hamilton and Perez. How difficult!? Or will Leclerc’s tire strategy put him at a disadvantage in his long-distance title battle against his opponents!

Pit-stop tactics for Ferrari drivers often put Leclerc and Sainz at a disadvantage when returning to the race. Monaco is an example, when by their wrong decisions, they turned the top 2 cars into 2nd and 4th finishes for the team.

At Silverstone, when Leclerc was having a better race-pace despite minor damage to the front wing and being pressured by Hamilton in the rear. No decision was made at the time. Or after the safety car leaves the track, they want Sainz to protect the position of his teammates. Fortunately, the Spaniard told the engineers he was in the right position, on the right tire to win the race, and he needed to get past his teammates to do that. Otherwise, it is possible that once again Ferrari’s chances of winning are lost.

The Austrian GP is where Ferrari hasn’t won since the race’s return in 2014. The Reds are still very strong in qualifying, but the weekend is Sprint race, so it will be a challenge for them. The goal of the racing team is to win, to close the gap with the main opponent.

It is not easy to do, especially in the context that Mercedes is gradually returning to create a “three horse” race. But in a difficult situation, the opportunity is open to all, as the German team can make it difficult for both opponents – when an “equation has many unknowns”, the more dramatic results are created!

It was thought that Alfa Romeo (still 51 points) would have the opportunity to cling to the opponent ranked above him to create pressure, then the terrible accident of Chu Quan Vu at the start, and then the incident related to the gearbox. causing Bottas to give up. The racing team was empty-handed and was once again left behind quite far behind.

With 16 points behind Alpine and 22 behind McLaren, and the chances of scoring in the middle are not great, the chance to compete in the top 5 is not in their control anymore. A positive signal, driver Quan Vu will attend the race this weekend, hopefully the team will have positive results. Guan Yu is ready for the Austrian GP

The rivalry between Alonso and Norris at the end of the British leg is a testament to the duel between Alpine and McLaren this season. The gap of 8 points before the stage is now only 6 in the context of Alonso steadily scoring in recent races. Perhaps McLaren needs more contribution from Ricciardo – the driver almost ‘lost’ at Silverstone when he finished 13th.

The Australian racer thinks that his car has almost no traction, so it lacks the speed to compete. With the Norris MCL36, the performance is quite good compared to the previous 2 stages. If the pit-stop when the car was safe on the track had made more sense, he would not have lost his place to rival Alonso. At the Red Bull Ring, the British racing team aims to compete in podium!

Alpine did not stand still and watched his opponent pass. The upgrade package in the UK has proven that they have a car that can compete in the middle. Driver Alonso has steadily earned points since the race in Spain until now. The racing team is also negotiating a contract extension with this racer, if successful, it will be a great motivation for the two-time world champion driver.

To compete with the opponent, in addition to improving performance, the French racing team needs to pay attention to the reliability of the engine, the reason why Ocon gave up was due to a fuel pump problem, lost opportunities to score. They will prepare for the race in Austria with the goal of both drivers in the top 10.

In encouraging news, the two drivers involved in the Silverstone collision, Quan Vu and Albon, are both ready for the weekend. Adding the fact that Mick Schumacher scored for the first time in his F1 career through finishing 8th in the previous stage – will help the young German driver to play actively and create attractive competition in this top.

The Red Bull Ring returns to the Sprint Qualifying format and the 100km Sprint on Saturday. After last week’s showdown in the UK, the weekend fight is even more unpredictable. Will Mercedes and Ferrari challenge the “yard owner” Red Bull? Watch the Austrian GP 2022, with the qualifying session at 10 p.m., Friday, July 8, 2022. 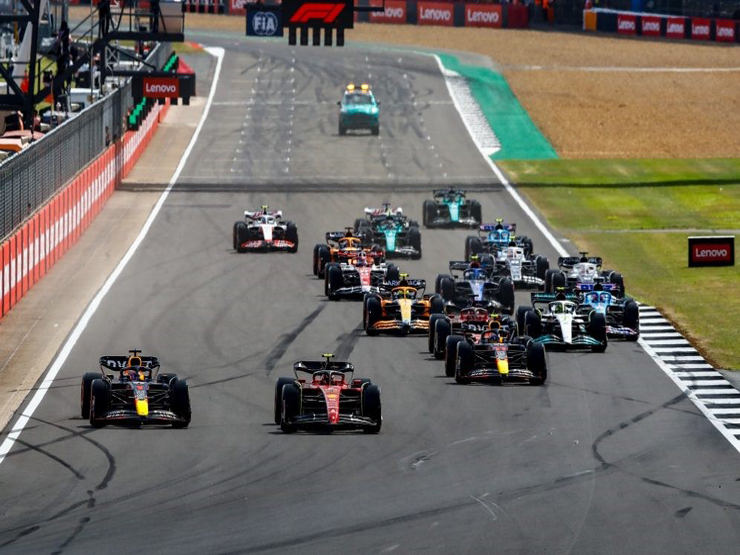 (Sports News – F1 Racing News) At the end of an emotional race at Silverstone, the teams focused on Austria, where the next round at the Red Bull Ring will take place.