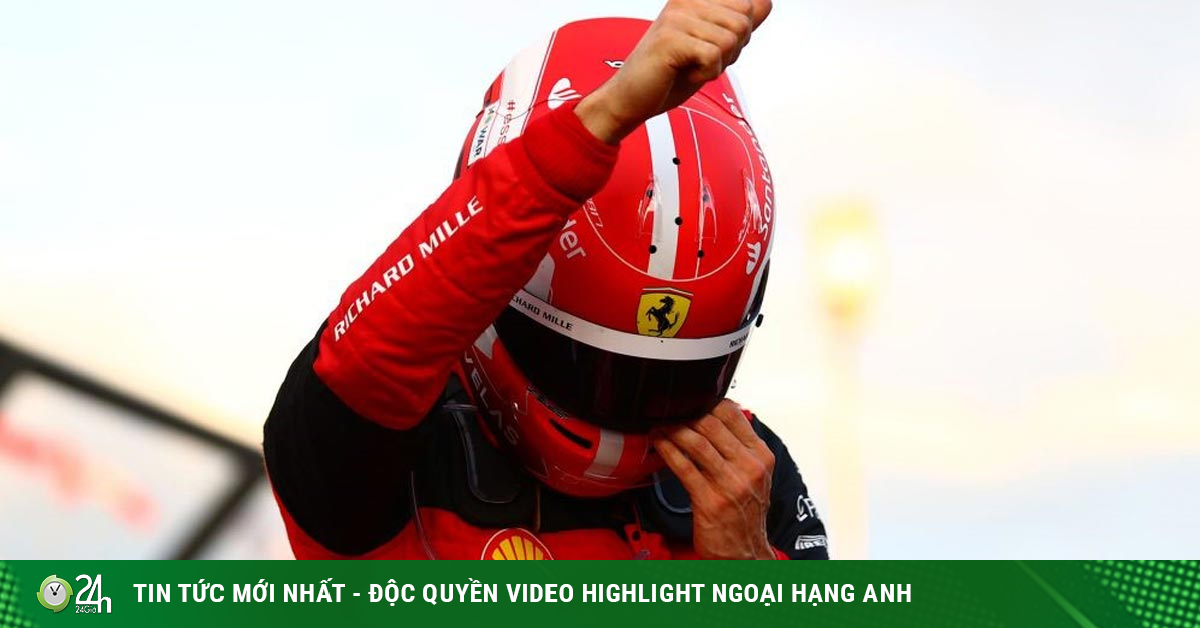 There was a slight change at Albert Park right before FP3 took place. The DRS area between the 8th and 9th turns has been removed for safety reasons. However, the running session also did not go smoothly. After two forgettable runs of Aston Martin, Sebastian Vettel had an accident at the end of the 10th corner, when FP3 was only halfway done. The red flag was once again raised.

Schumacher “asked” Vettel after the accident

And with only a few minutes left on the clock, Lance Stroll also crashed into the barricade, ending FP3 earlier than expected. Meanwhile, Verstappen lost control on the 13th turn, losing a pretty good lap. And Aston Martin will have many things to prepare for the upcoming classification session. 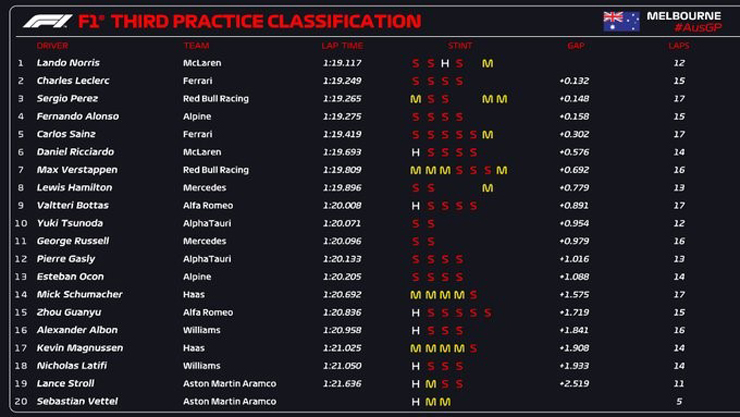 Lando Norris has the best time in FP3, surpassing Leclerc and is up to 0.132 seconds faster. However, McLaren later suspected there was a problem with Norris’s engine and asked him to slow down in the final stages. Pérez followed closely behind with a difference of only 0.016 seconds. Alonso still had a good performance in FP3 and finished in 4th place.

Carlos Sainz ranked 5th. Ricciardo satisfied the fans with a good round of improvement that took him up to 6th, pushing the defending champions down to 7th, as Verstappen failed to improve his time.

Hamilton has the 8th fastest time, while Russell is only 11th, after taking a trip off the gravel at the 3rd corner in the 2nd red flag. And between the two Mercerdes drivers Bottas is in No. 9 and the 10th Tsunoda.

The next ranking session was also not very favorable. While Leclerc was at the top of the table, Latifi lost control of the gravel on the 11th turn. And it was the Canadian driver who collided with Stroll with two minutes left on the clock. The session is stopped for the cleanup to take place. Luckily both were uninjured. 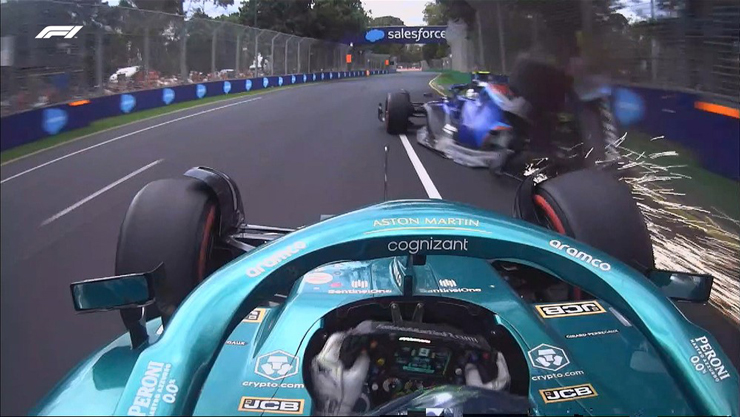 The collision between Latifi and Stroll

The green light turned on again and only the top 7 drivers were safe in the pit. However, Hamilton and Russell couldn’t cross the finish line before the clocks went back to zero so they couldn’t improve the time, remaining safe at 8th and 9th.

Among the remaining drivers, Vettel’s first and only lap did not help Aston Martin get a ticket in Q2. Both Williams drivers also did not have a good record. Magnussen’s last round of improvements also wasn’t enough to save him into Q2. Albon stopped on the road and needed the help of the track staff to get the car to the pit. Stroll could not set the time and was also disqualified.

Russell caused a yellow flag to appear briefly after a situation on the 11th corner. Also Pérez didn’t slow down in the meantime, and was “watched” by race control. The old pair of rivals Hamilton and Verstappen also made it difficult for each other and also had an argument.

Ocon improved and moved into Q3. Both AlphaTauri riders could not and were disqualified. The Alfa Romeo duo also did not perform better, Zhou also had a complaint about his vision being affected by the sun. Schumacher without an improvement round, was also dropped from Q3. The battle for pole position is still towards Red Bull and Ferrari. But once again the session was interrupted by a red flag. Alonso had a problem with the hydraulics when he entered the 11th corner and crashed into the barrier. There are still 7 minutes left on the clock.

Verstappen rose to the top of the standings in the final seconds of Q3, but Leclerc was still on the lap, and purple showed up over sector 1. Leclerc regained pole position with a time of 1 minute 17,868 seconds. Pérez in 3rd place, will accompany Norris after a great run for McLaren.

In the third row is the Mercerdes duo after Hamilton’s last round of improvement. Next up is Ricciardo and Ocon in the next row. Finally Sainz in 9th place after 1 crash late in Q3. 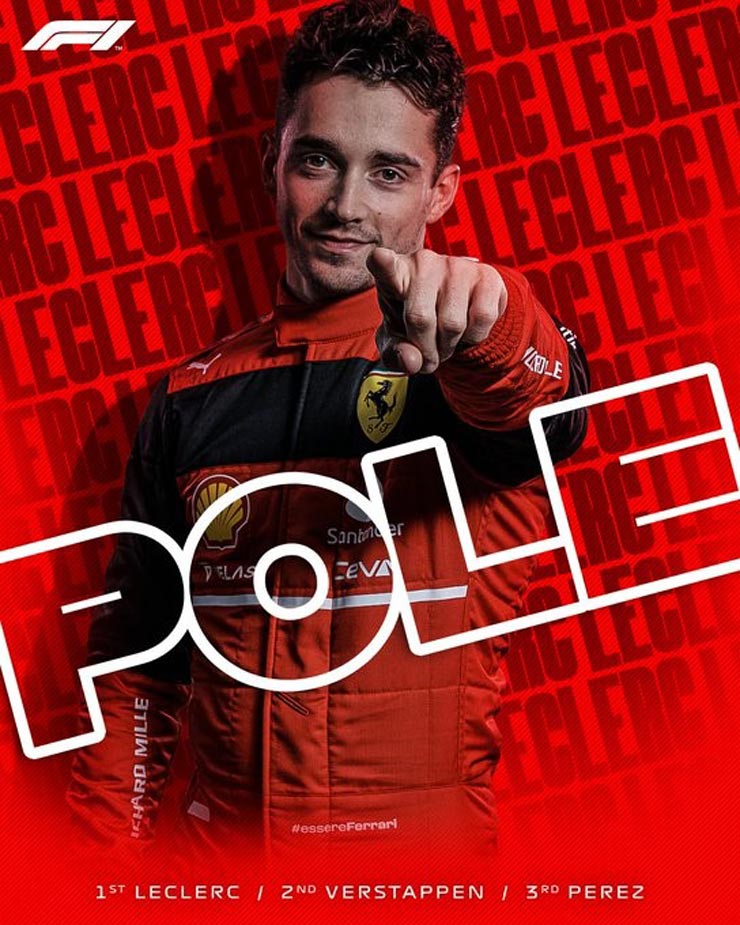 In addition, Albon still has a penalty from the previous race and will have to withdraw the starting step. On the front lines, important figures were present. Even Ricciardo appeared in the top 10 for this momentous occasion. Watch the race officially take place at 12:00 on May 10. (Sports news, F1 racing news) Mercedes has dominated the timed runs at Albert Park for nearly 10 years. However, they had to cede that position to other competitors…