(Sports News, F1 Racing News) In 2020, Albert Park “failed” to organize the opening stage of Formula 1’s 70th anniversary season due to the COVID-19 pandemic situation that started to become worse. serious worldwide. Two years later, Melbourne has the opportunity to “do it again” with the 25th consecutive race in Australia taking place on the Albert Park circuit and all is ready.

Australian GP is a race with a long history spanning over 80 years and is the second largest ‘old’ race in the “country of kangaroos”, just after the Alpine rally that started in 1921.

The upcoming race in Australia promises many new features

The Australian GP started in 1928 at the Phillip Island circuit and is held every year (with the exception of 1936 and 1940-1946), and has since had more than 80 races. Albert Park had the honor of hosting the first race in 1953 and the second three years later, but both are not part of the official F1 racing system. Albert Park welcomes F1 back after 2 years of “break”

It was not until 1985 that the Australian GP officially became part of the world’s leading 4-wheel racing tournament – Formula 1 and the Adelaide Street track was chosen as the venue for the season-ending race, so This place has witnessed many attractive competitions for the final championship.

However, after 11 years, the city of Melbourne became the new host with the street race located in Albert Park. Along with that, the race time has also moved from the end of the season to the beginning of the season since 1996.

Albert Park held 24 consecutive F1 races between then and 2019, before being interrupted for the next 2 seasons due to the heavy effects of the COVID-19 pandemic.

In 2021, the Albert Park track has undergone the most significant changes and upgrades since its first F1 debut in 1996, with a completely new asphalt structure and pavement. 7 corners were adjusted, of which 2 were completely “removed”, reducing the total number of turns of Albert Park to only 14 and the length of 1 lap was shortened by 28 meters. 7 changes to the structure of the Albert Park racetrack

The most significant change is the removal of the 9-10’s chicane, replacing it with a high-speed curve. Corners 1, 3 and 6 are all extended inward, helping the cars to go through corners faster. Then, turn 11 (formerly corner 13) was adjusted to narrow, while the penultimate corner, turn 13 is now also widened, helping cars to approach the corner in many ways. different suitable running track.

The new asphalt layer will make the road surface in Melbourne less rough. However that means that the track has a low grip, combined with moderate asphalt wear will result in average tire wear. The track will be relatively “clean” at the beginning of the race (the first test sessions) and the grip will gradually improve with each lap.

The above changes have made the organizers consider and officially put the Australian GP 2022 in history when this will be the first race to apply 4 DRS areas in 1 race. Areas that are activated to “open” the rear spoiler include the straight line passing through the start/finish line and the middle of turns 2-3 (same DRS determination point in front of turn 13), as well as the two mid-sections of turns 8- 9 and 10-11 with the DRS determination point at corner 7. 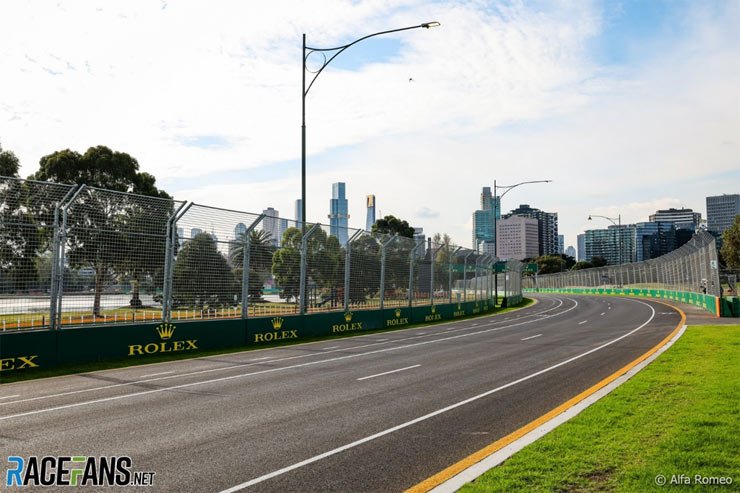 Considering the strength of the racing teams after the opening 2 races, perhaps Red Bull will be the one to benefit the most with this change, but Ferrari has often had good results here in the past, and surprisingly can always happen to anyone.

According to F2 champion 2021, Oscar Piastri, a driver from Melbourne, shared that the new sector 2 (before turn 6 to before turn 9) is like an extended straight line when drivers can compete to end of the 11th round through 2 consecutive DRS zones.

In his return to Melbourne after a 2-year absence, Pirelli brought here 3 interesting options – Hard C2 tires, Medium C3 tires and Soft C5 tires. The difference between the yellow and red rim tires this leg is significantly larger, with the expectation that it will create a breakthrough in the race. This is also the first race this season using the new 18-inch C5 tires, Pirelli’s softest set of tires.

Over the past 24 organizations, a total of 13 riders have “tasteed the sweet fruit” at Albert Park, of which 8 have had more than 1 crown. Michael Schumacher is the most successful person with 4 wins in 5 years (2000-02, 2004), Button and Vettel have 3 wins each, and Damon Hill, David Coulthard, Kimi Raikkonen, Lewis Hamilton and Nico Rosberg have 2 times. win. 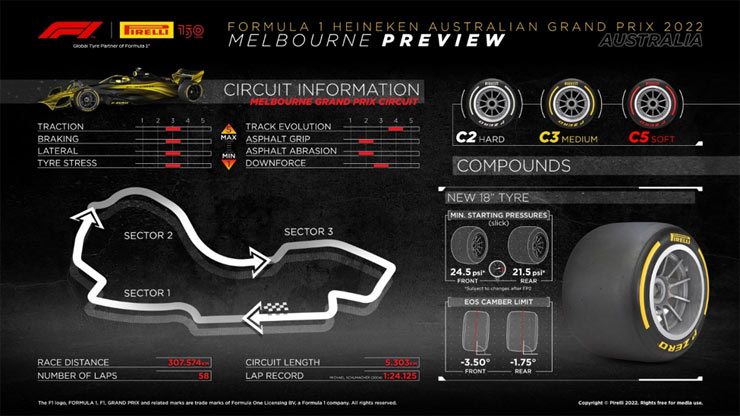 Valtteri Bottas (Mercedes) is the closest race winner in 2019 after a convincing performance. Meanwhile, the Finnish driver’s former teammate Lewis Hamilton is the only person to win the pole since 2014 – the beginning of the hybrid turbo era to date in Melbourne, although this streak of achievements is in danger of being blocked from entering. this weekend if the W13 doesn’t improve compared to the opening 2 races. (Sports News) On April 23, Tyson Fury will officially defend the WBC heavyweight boxing championship in a match with Dillian Whyte.