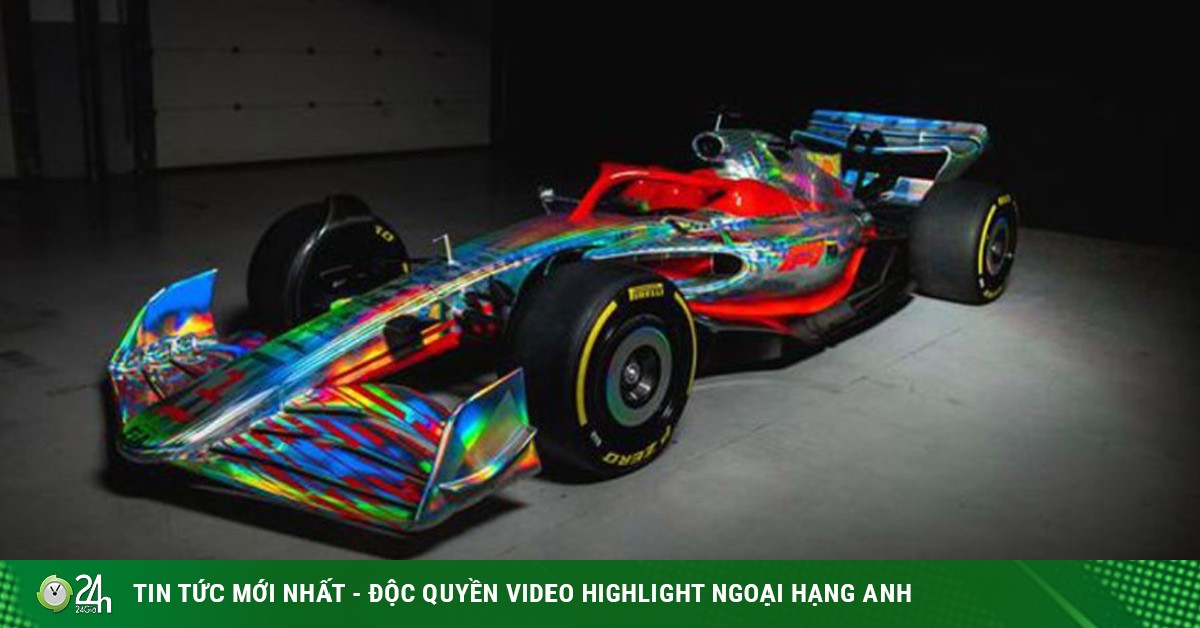 (Sports news, F1 racing news) More than 3 months later, since the classic night in Abu Dhabi made the impossible ending for the Formula 1 racing format season 2021, the Middle East is the opening place for the F1 season. new 2022 with a lot of changes. Bahrain GP 2022 will be where the fight begins.

Before coming to the race weekend, let’s take a look at 2022 as a season with hinge changes in laws and related technical regulations. It is considered the biggest change in the past 4 decades (since 1983). First, it’s a change in aerodynamics, related to cost limits and wind tunnel usage. Over the years, the F1’s aerodynamics have become more and more complex, and with that, it has created more turbulent airflow behind.

Although the introduction of a traction reduction system (DRS) helps the vehicle behind reduce drag to accelerate in a straight line, this can close the distance to the car in front of them to nearly 1 second.

But it’s still not enough to overtake the competition, because the more aerodynamically efficient it is, the more turbulent it can be in the rear, meaning that cars behind have less air to flow through the spoiler systems. – the downforce for the car to grip the road is reduced, resulting in the car not being able to turn the corner at the end of the straight line at a higher speed, so it will be harder to pass!

New rules of aerodynamics are introduced to eliminate turbulent air flow behind it. That will help the cars to be able to stick together as much as possible, open up more opportunities to attack, compete for positions … and of course there can be more winners!

These new specifications focus on the all-new front spoiler and rear diffuser. The front wing will be designed to still be able to generate enough compression, even when running close to the car in front. The rear wing will ‘guide’ air through the wheels ‘flow’ into the diffuser to minimize the impact of turbulent airflow behind the vehicle.

The aerodynamic center of gravity is also placed on the ground effect of the undercarriage to create downforce. Low ground clearance will create enough compression, but if it is too low, it will be physically impacted when hitting the road. Therefore, the suspension system must be designed so that it satisfies the above conditions. Next, for the first time, 18-inch tires appeared on the F1 car. This type of tire is supposed to solve the problem of overheating and slipping.

Although it is forecasted that the tire durability is higher, the ability to 2 times pit-stop tactics will still be the mainstay in the early part of the season!?

In addition, viewers will be interested in the following information:

* With fuel, in addition to still using Hybrid engines, F1 also continues to aim for sustainable environmental protection. The percentage of biological components in gasoline increased from 5.75% to 10%. This E10 gasoline is the 2nd generation, helping to minimize carbon emissions.

* In order to improve safety, the design of the engine system (Power Units) can be detached from the chassis in the event of a collision without exposing the fuel tank. The driver’s compartment is extended towards the front of the car, with a stronger cabin frame and better energy dispersion in the event of a collision. The crash test scores have been increased, the chassis must now be able to absorb an increased impact force of 48% at the front and 15% at the rear.

* Racing director Masi and controversial decisions at the “final night” in Abu Dhabi have now been removed from this position. Accompanied by many additional laws.

Regulations on safety cars (Safety Car – SC) will change! Virtual technology (similar to VAR in football) will be applied to help supervisors make more accurate decisions. The fact that the team leaders put pressure on the racing director (like Toto Wolff/Mercedes in the last round of Abu Dhabi) to influence their final decision will change. Team leaders are still asked/recommended, but following a specific process – no influence on the race director’s decision.

*Regarding scores and SC

Riders must complete 2 RACES with no SC or virtual SC to score, with the following specific criteria:

From 75% or more, the first 10 riders are counted as current.

100km sprint races (Sprint events – introduced in the 2021 season with 3 races at Silvestone, Monza and Sao Paolo. The first 3 riders to finish at Sprint race scored 3, 2 and 1 points respectively) This season is assigned to Imola/Italy, Austria and Brazil. Scores will be awarded to the first 8 riders to finish instead of 3, who will be awarded respectively: 8, 7, 6, 5, 4, 3, 2, and 1 point. *Previously, Thursday was the press conference time. From this season will be moved to Friday morning, where 20 riders from 10 racing teams will be matched “randomly”!!! Time can be longer, but must end early 90 minutes before the first test session (FP1).FP2 will take place 02 hours after FP1 ends.

Press conference of the team leader, moving from the time between the two test sessions on Friday, to the morning of Saturday, 1:30 minutes before the third test session.

In addition, a driver’s head protector (HALO) was added to the car from 2018 weighing 6 kg – resulting in this season’s F1 car being considered the heaviest in the Hybrid era. If we expect a lighter car, at least we have to wait until 2026!!!

2021 has been considered the most exciting season in F1 history. With all these innovations, fans expect to see a dramatic next season. The Formula 1 Wheel is rolling over the weekend, and it’s definitely worth the wait.