(Sports News, Tennis News) The draw of Roland Garros (French Open) this year brought great surprises to fans when the famous trio of rivals Novak Djokovic, Roger Federer and Rafael were in the same position. branches fight extremely “boney” with each other.

Due to the impact of the Covid-19 pandemic, Roland Garros (French Open) 2021 has been postponed 1 week later than originally planned by the organizers. Specifically, the second Grand Slam tournament this year will take place from May 30 to June 13 at the Roland Garros clay-court tennis complex in Paris (France). On the evening of May 27 (Vietnam time), the organizers of Roland Garros 2021 conducted a branching ceremony at this tournament. There will not be a Roland Garros final between Djokovic and Nadal like last year when they had to eliminate each other in the semi-finals this year.

In the men’s singles event, this clay-court Grand Slam will welcome the return of former 2009 champion Roger Federer. However, the journey of both “Express Train” and two great rivals Novak Djokovic and last year’s champion Rafael Nadal at Roland Garros this year is very difficult when the “Big 3” are in the same bracket.

Specifically, No. 1 seed Novak Djokovic can face No. 8 seed Roger Federer in the quarterfinals and then, if he continues, the leading star on the ATP rankings is likely to encounter No. 3 seed Rafael Nadal in the semi-finals. According to the results of the draw, Djokovic will play a match in the first round of Roland Garros this year against Tennys Sandgren, an American opponent who has twice reached the quarterfinals of the Australian Open.

After that, the world No. 1 Serbian can meet quite “easy” seeded opponents in rounds 2, 3 and 4 such as 29th seed Ugo Humbert, 21st seed Alex de Minaur or seed number 13 David Goffin.

With defending champion Nadal, he will open his journey to conquer the 14th Roland Garros championship with a match against Australian player Alexei Popyrin. Rafa’s potential opponents then include Richard Gasquet (2nd round), 26th seed Lorenzo Sonego (3rd round), 18th seed Jannik Sinner or 14th seed Gael Monfils (4th round). 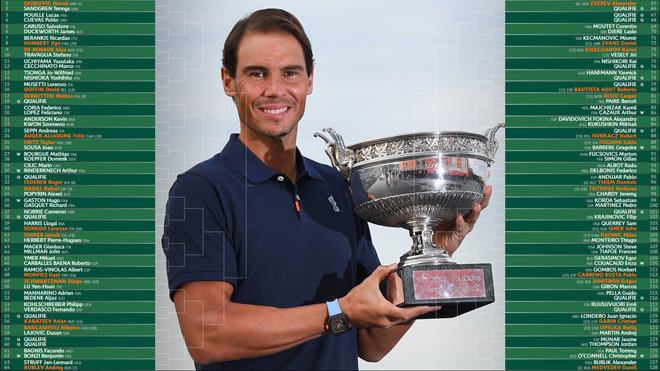 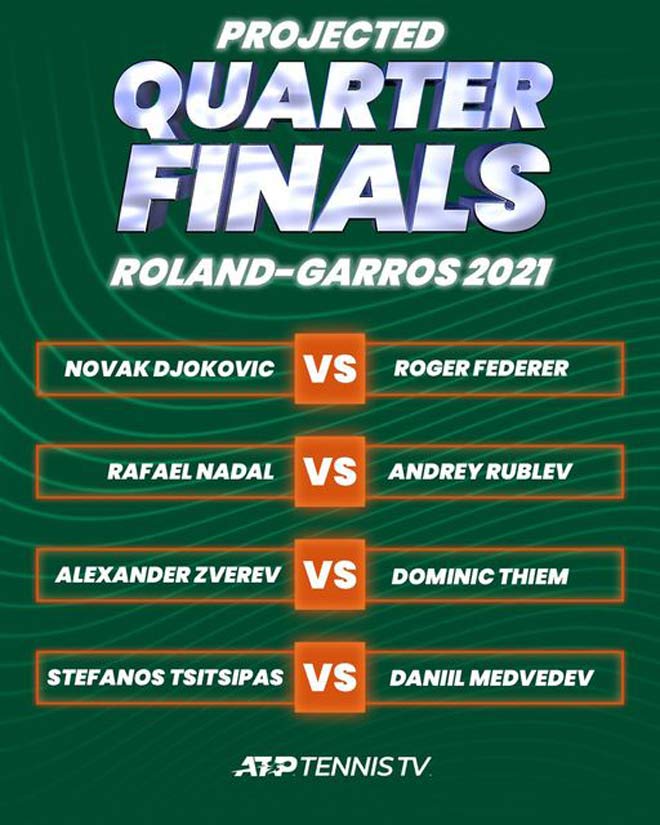 As for Federer, the 39-year-old Swiss legend will meet a qualifying player in the first main round of Roland Garros 2021. “Express train” if it goes ahead, is likely to encounter Marin Cilic, Auger-Aliassime, Kevin Anderson or Matteo Berrettini before dreaming of a quarter-final ticket that is likely to clash with Djokovic. The bright players of the “ATP Next Gen” group such as Daniil Medvedev, Dominic Thiem, Alexander Zverev and Stefanos Tsitsipas share the remaining semi-finals. If in the quarterfinals, Zverev could face Thiem, while Tsitsipas and Medvedev might have to eliminate each other to compete for the semi-finals.

In the women’s singles, reigning champion Roland Garros – Iga Swiatek is seeded as the 8th seed and the 19-year-old Polish player will face the Slovenian opponent and one of his longtime friends. her, Kaja Juvan. 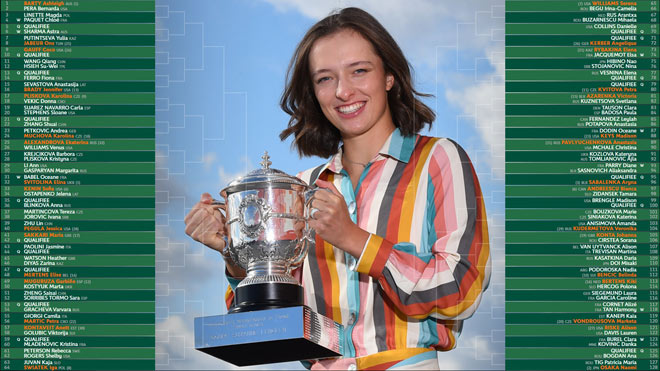 Can Iga Swiatek defend the French Open title she holds?

World No. 1 and former French Open women’s singles champion 2019 Ashleigh Barty will fight in the first round of this year’s tournament against the 70th ranked American player Bernarda Pera.

American legend Serena Williams will face the opponent ranked 74th on the WTA rankings Irina-Camelia Begu in the opening match. The Williams sister is likely to have to compete with former world No. 1 German Angelique Kerber in the third round and 11th seed Petra Kvitova in the fourth round.

In the quarterfinals, Serena is likely to face one of two famous Belarusian players, Aryna Sabalenka or 15th seed Victoria Azarenka. Also in this round, 5th seed Elina Svitolina and 9th seed Karolina Pliskova may have to be eliminated. 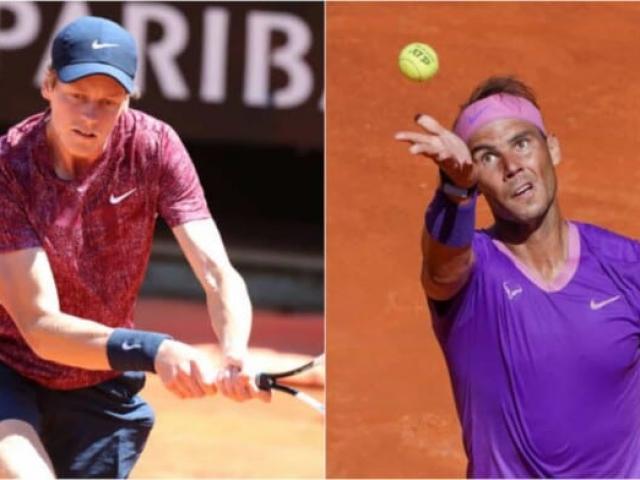