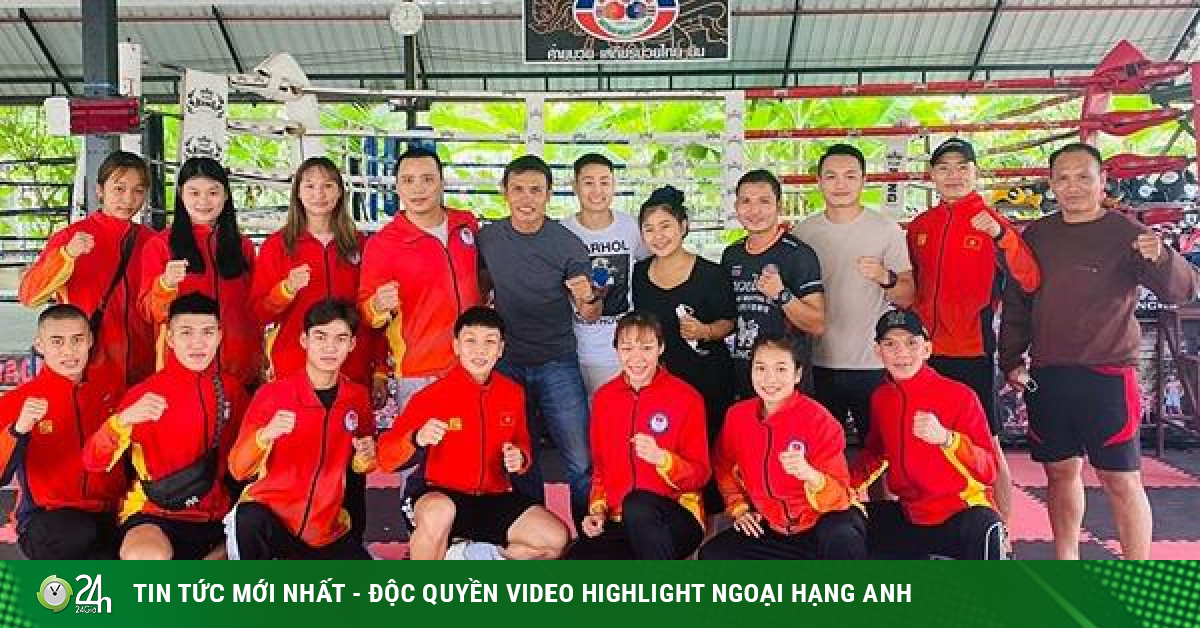 One of the solutions that the teams are aiming for during the preparation for the 31st SEA Games is to train and compete abroad, especially in the period close to the current 31st SEA Games. In fact, not all teams are lucky enough to do this. And the teams that can do it are also receiving high expectations.

Until now, when it has made great strides compared to winning the first place of the whole team at the SEA Games (SEA Games 22 in 2003), Vietnamese sports still consider foreign training trips as an important solution. important to accomplish professional goals.

Coach Duong Ngoc Hai of the Vietnam Muay team said that when training abroad, especially in the countries in the top group in the world for that sport, athletes are more motivated to practice. This is even more useful when athletes are trained with local coaches, the world’s top coaches and Vietnamese sports are also difficult to invite due to salary issues or simply that person cannot arrange the time to play. working in Vietnam for a long time.

Not to mention, the nutrition for athletes is also guaranteed, sometimes better than when training in Vietnam. This is a story that insiders rarely compare publicly, but many coaches and athletes must also acknowledge this.

It is no coincidence that many Vietnamese sports teams believe in the success of foreign training trips. The first and only team championship of Vietnam at the SEA Games arena (in 2003) was heavily imprinted with long-term training trips abroad of the teams, especially in China. .

In particular, many Hanoi athletes were sent by the Hanoi Sports Department at that time to long-term training in China for many years and then shone brightly in the national team shirt at the 2003 SEA Games like Nguyen Thi Tinh. , Nguyen Lan Anh (athletics). Tran Tuan Quynh (table tennis), Do Thi Ngan Thuong (gymnastics)…

After that, there were also long-term training trips in Korea and thanks to that, sniper Hoang Xuan Vinh won the first gold and silver medals for Vietnamese sports in the Olympic arena (2016).

But clearly, the COVID-19 epidemic has left a series of consequences for Vietnamese sports. Before the 31st SEA Games, the matter of foreign training that was simple a few years ago, as long as there was money, became not simple, even difficult to do. Many teams have to miss appointments with overseas training trips. For example, the fencing team was unable to train abroad in April 2022, due to the complicated COVID-19 situation in Korea or safety concerns in Georgia.

The head coach of the national table tennis team Le Huy also said that the team could not go to training in China as planned due to the complicated development of the COVID-19 epidemic here. While there are many tournaments here, suitable competition subjects, making it easy for Vietnamese players to improve their level.

Similar to the table tennis team, many teams that still regularly choose China for training such as wushu, weightlifting, athletics, etc. also cannot conduct training here. Or like the national ironball team, currently training in Hanoi, can’t come to Thailand for training like many recent SEA Games.

It is a disadvantage for these teams in the process of preparing for the 31st SEA Games and in the long run also affects the professional development of athletes. It is no coincidence that the walking group coaches at the national team are also worried about the case of SEA Games 30 champion Pham Thi Thu Trang. Just over 20 years old, at an age of strong professional development, but this girl has not been able to go to China to train with top experts for more than 2 years to improve her physical strength and forge technique.

Overcoming difficulties to achieve the goal

However, there have been a number of teams that have overcome difficulties caused by the COVID-19 epidemic to conduct an international training trip. For example, the national women’s soccer team is training in Korea. Or the boxing team and the national Muay team are training in Thailand.

Of course, coming to Thailand for training is not as simple as it was before the COVID-19 epidemic. Therefore, when the logistics did not keep up with the changes in epidemic prevention and control in the host country, there was a story that the men’s and women’s boxing teams arrived in Thailand later than planned. Some groups go to the airport and then have to return to wait for the completion of the procedure. Some groups had to accept to rent a hotel near Tan Son Nhat airport (Ho Chi Minh City) for one night to go to the airport the next day to check in.

Traveling is tough, but the information from these teams is truly remarkable. In particular, the national boxing team won 2 gold medals, 1 silver medal, 7 bronze medals at the Thai Open Boxing Tournament. Also at this tournament, Hanoi boxer Nguyen Thi Tam won the gold medal and was also awarded the title of the best female athlete in the tournament. Notably, both national team gold medals came from female boxers, who arrived earlier than their male counterparts in the team when they came to Thailand to get used to the intense training.

And it’s not just the medals at this tournament that bring positive information, but also the failures are necessary, at the right time. In it, there is a leading male boxer in Vietnam, Nguyen Van Duong, who lost his technique to a Filipino puncher. From there, the manager and the coaches themselves see that the road to conquering the gold medal at the 31st SEA Games of this boxer will be really difficult.

“Only training and competing abroad with international competitors can help athletes know where they are,” said Nguyen Nhu Cuong, head coach of the national women’s boxing team.

And Mr. Duong Ngoc Hai, coach of the national Muay team, said that the training trip in Thailand from April 2 to 30 was also the team’s first training trip since 2019. Here, the whole team was specialized in training. One of the world’s leading Muay experts in Thailand is Sathian Somkhao directly coaching. From there, there is even more basis to be able to win at least 1 gold medal at the next SEA Games.

From mid-April, the Vietnamese men’s and women’s basketball teams will participate in the Southeast Asian professional basketball tournament in Indonesia to prepare for the 31st SEA Games. Also from this training trip, the Vietnam Basketball Federation Nam also hopes that the men’s 5×5 (5-player field) and 3×3 (3-person field) men’s team can win silver, the women’s team won bronze for the first time at the SEA Games…

According to Mr. Hoang Quoc Vinh – Director of the Department of High Performance Sports I (General Department of Sports and Sports), Head of the Professional – Technical Subcommittee of the 31st SEA Games Organizing Committee, the journey of Vietnamese sports to prepare for the 31st SEA Games really difficult in recent decades. But now is the time to enter the SEA Games playground, there is no place for complaining but just taking action to overcome difficulties. 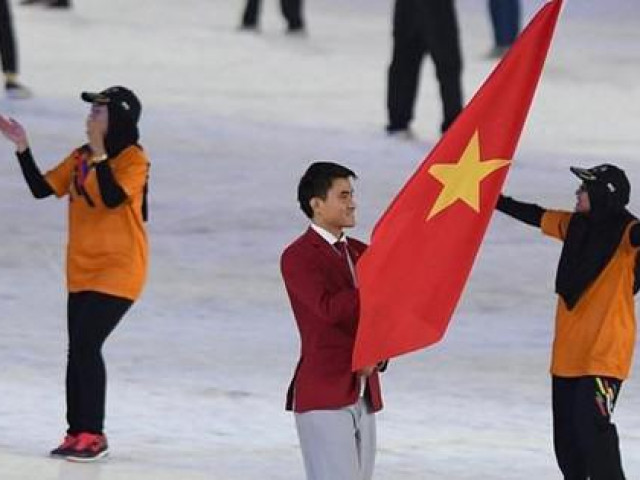 10 typical athletes of Vietnamese sports who have won medals at the Olympics, ASIAD or SEA Games will perform the torch relay ceremony at the 31st SEA Games Opening Ceremony.