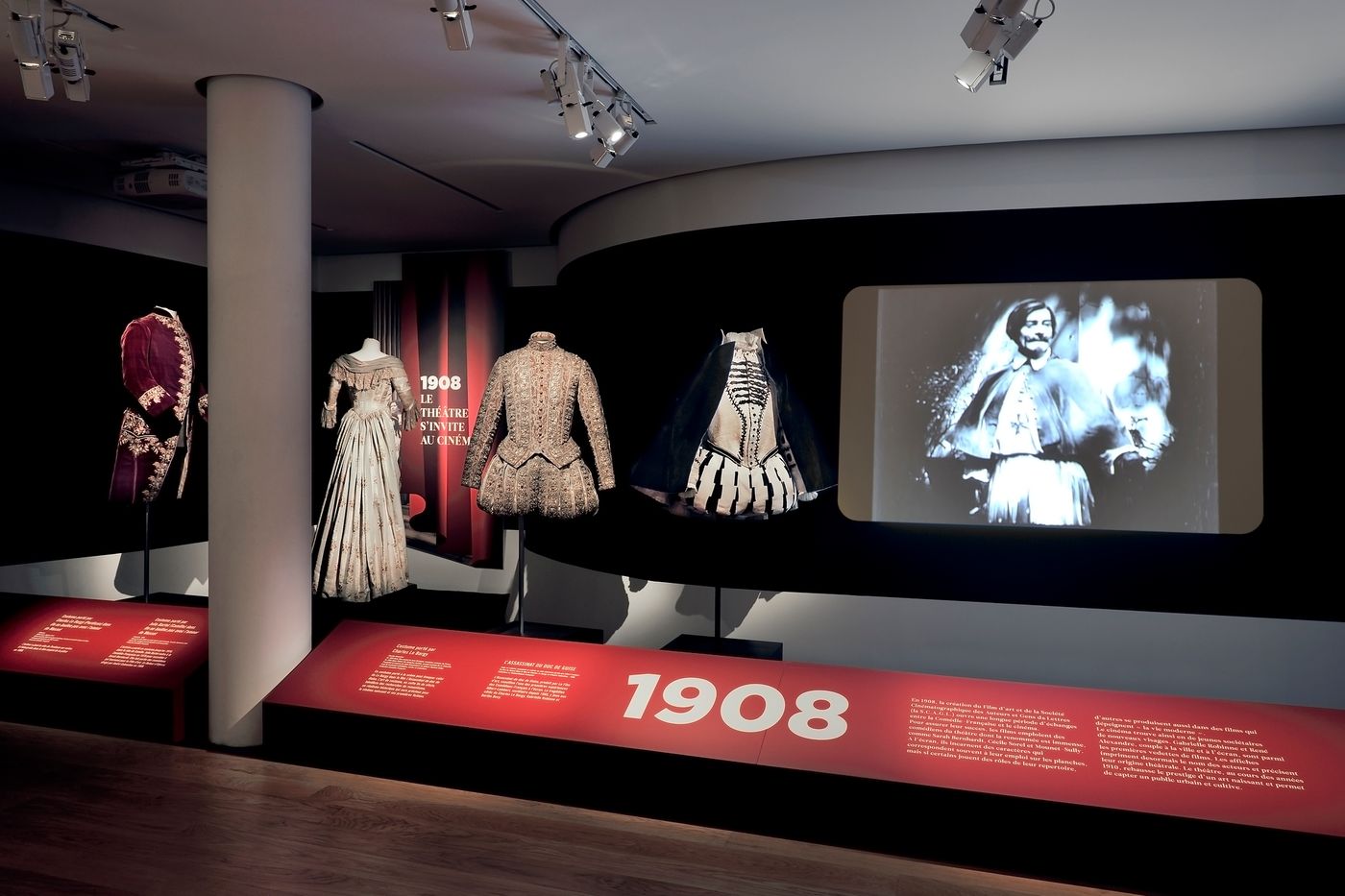 Since 2016, Pathé has been broadcasting the classics of the repertoire played at the Comédie-Française live in its cinemas. A way to make the shows of this theatrical institution accessible to everyone, and especially to schoolchildren, but also to extend a collaboration that has united the two houses almost since the invention of cinema.

It is these links and, beyond that, the many back and forth between the stage of the Salle Richelieu and the screen that celebrates an exhibition visible at the Jérôme-Seydoux-Pathé Foundation in Paris until April 16. It shows to what extent the cinema has been nourished by the talents of the Comédie-Française, and vice versa, through relations that are always close but sometimes tumultuous.

→ EXHIBITION. The Musée d’Orsay goes back to the roots of cinema

From its beginnings, the cinema, which was still only an ingenious invention shown at fairs, called on French actors to make and play short films. The creation in 1908 of the production company Le Film d’art and the Cinematographic Society of Authors and People of Letters sealed this collaboration. But if they borrow certain plots from the stage, from literature or from history (Tosca, The Barber of Seville or The Assassination of the Duke of Guise), everything else is to be invented.

The invention of a new art

“The narrative process, the acting, the movements in space, the frame, the light. They ask themselves all these questions from the start and are aware that they are creating a new art., explains one of the curators of the exhibition Agathe Sanjuan, curator-archivist at the Comédie-Française. The notoriety of actors like Mounet-Sully, Sarah Bernhardt, Cécile Sorel or Jeanne Delvair ensures the promotion of this stammering art and, conversely, young members like Gabrielle Robinne and René Alexandre, couple in the city, become the first stars of the cinema .

A century later, it is the turn of the Comédie-Française to ask renowned filmmakers to make films from its plays and to give another vision of them using the same cast. Valérie Donzelli, Mathieu Amalric, Arnaud Desplechin and Christophe Honoré have lent themselves to the game. When they are not the ones who are invited to stage the plays – Le Lorenzaccio by Franco Zeffirelli marked the history of the house – or, more recently still, of the scripts of films which are mounted on the boards (The Damned, Rules of the Game, Fanny and Alexander).

Actors torn between stage and screen

Meanwhile, the fruitful collaboration of the beginnings will be tightened around the employment of the actors. With the advent of talkies and the development of film production, theater and cinema are in competition and filming is not always compatible with the schedule of performances. A 1929 directive even forbids members to act in films without prior authorization from the administrator.

It will not prevent seeing the talents of young residents like Gisèle Casadesus, Edwige Feuillère, Pierre Fresnay or Jean-Louis Barrault hatch on the screens. “Some will manage to lead a double career while others will choose cinema”, emphasizes Agathe Sanjuan.

Among the latter, Isabelle Adjani, who we see debuting very young on the boards before donning for the screen in a very theatrical staging by Patrice Chéreau the purple dress of Queen Margot which we can admire on square. Costumes, previously unseen archives, rare films from the Pathé archives: the exhibition, modest in size but fascinating in content, clearly reflects the attraction that the Comédie-Française and its actors still arouse in the cinema today.