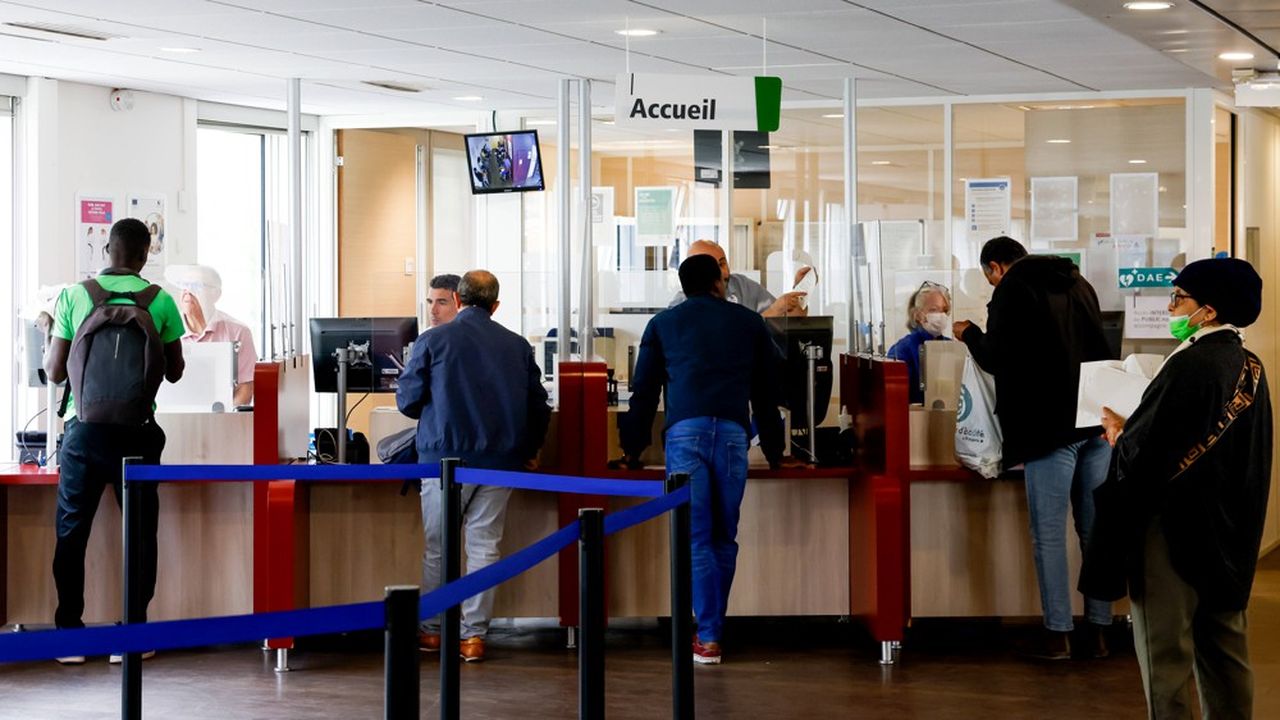 It is still only a sketch, but the study presented this Friday morning by Unédic to its board of directors on “the effects of a variation in unemployment insurance regulations” depending on the economic situation has a double merit: to show that the reform, as desired by the government, is not so simple to implement, and to produce some figures on the consequences for the unemployed. So many arguments that the unions, unanimously opposed to this prospect, will not fail to raise this Monday, the day of the start of the consultation with the Ministry of Labor.

The document, to which “Les Echos” had access, recalls the objective pursued by the executive: the “countercyclicality” of the compensation rules must “provide better protection when the economic situation is degraded, and encourage a return to employment in the event of a favorable situation on the labor market”. “The new rules will better encourage the resumption of activity”, defended the Minister of Labor, Olivier Dussopt in an interview with “Figaro”.

As required by this type of exercise, the Unédic study does not assess this employment effect, for lack of being able to anticipate the changes in the behavior of the unemployed induced by such and such a modification of the parameters of compensation. His analysis is first legal, then practical.

First of all, it emerges that a differentiated application of the reform in the overseas territories is permitted by law. On the other hand, the choice of the economic indicator whose evolution will reflect the transition to a favorable or unfavorable state of the labor market “could require a legal basis […] in the sense that it introduces a new criterion of variation”. Currently, the law only allows modulation according to age, previous activity or training.

Parameter number one, called eligibility: increase the minimum number of months to benefit from compensation, from six to eight depending on the example used in this case. The effects would be similar to those of the 2019 reform (entry into force at the end of 2021, editor’s note) when we went from four to six: a one-month increase would reduce the number of entitlements opened by around 100,000 per year, 200,000 if we drop two months and so on up to ten months.

“The end of CDD and interim, the less qualified and the young will be the most concerned”, indicates the study. The scaling up of such a measure would be very rapid. On the other hand, a reduction of one month of membership required (in the event of an unfavorable situation therefore), would generate approximately 100,000 openings of additional rights.

The second parameter, which is favored by the Medef, relates to the reference period of affiliation, that is to say the period prior to the end of the contract in which the minimum months are sought to open rights. There, Unédic kicks in, the effects being complex to assess because everything depends on the distribution of periods worked or not and the levels of wages received.

However, the note raises a very thorny point if the government chooses to change these two parameters, for example by going from 6 months out of 24 as at present to 8 months out of 18. What event should be taken into account to determine whether the unemployed person is subject to the conditions favorable or unfavorable knowing that the dates of the end of the contract, registration with Pôle emploi or reloading of rights may be different and therefore occur in different circumstances?

The note does not extend to the maximum duration of compensation, the third candidate parameter to change, yet the one that Olivier Dussopt often puts forward, as does Marc Ferracci, the Renaissance deputy and rapporteur of the bill paving the way to reform. The maximum duration is currently 24, 30 or 36 months depending on age and, of course, only the unemployed who can reach it would be affected by the modulation.

The fourth parameter would concern all job seekers since it involves varying the coefficient applied to the amplitude between the first and last days worked. It is currently 1, which means that an amplitude of 18 months entitles you to 18 months of compensation. Reducing it to less than 1 – 0.8 in the example used – would therefore have an effect on both the minimum duration (unless a floor is established) and maximum compensation.

At cruising speed, after about five years, the number of end of rights could increase from 100,000 to 300,000 depending on the conversion rate used and the savings could amount to billions.

Last candidate parameter for modulation, finally, the extension of coverage in the event of a crisis, as was the case during the Covid, when the unemployed person reached the end of the race. Beyond the number of additional months and the legal nature of this supplement, several questions arise. This is in particular whether this extra can resume or not in the event of an interruption, linked to the resumption of an activity.