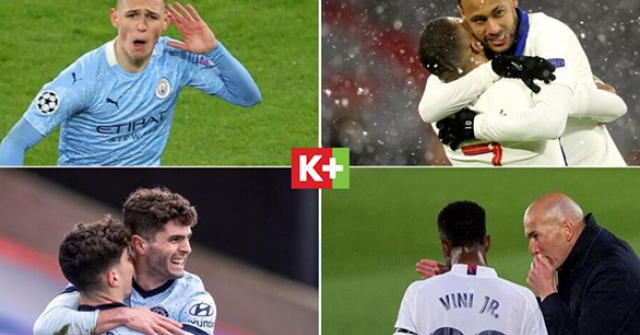 The Atatürk Olympic Stadium is hotter than ever and is ready for the boom in the 2020-2021 Champions League semi-final. Who will be two of the four big names Real Madrid, Chelsea, PSG, Man City have a chance to get closer to the championship trophy and become the “new king” of this year’s C1 tournament? The audience will be able to watch all these special matches only on K + channels – the exclusive unit broadcasting the season.

PSG – Man City: 2 big men with the desire for the title

Europe’s highest tournament entered the semi-finals with four of the best faces. Fans can watch the first leg on April 28, April 29, and the second leg that takes place only a week later on K +. The PSG and Man City matchups promise to bring attraction because of the quality of the two teams play, not just the appearance of the stars.

Man City’s attacking power comes from the currently rated midfield in the world, who can swap positions, doing well both constructing and finishing the final. Meanwhile, PSG has made significant progress compared to last season. The appearance of coach Pochettino helps the French team’s playstyle more coherent, although it still retains the explosion on the attack line. 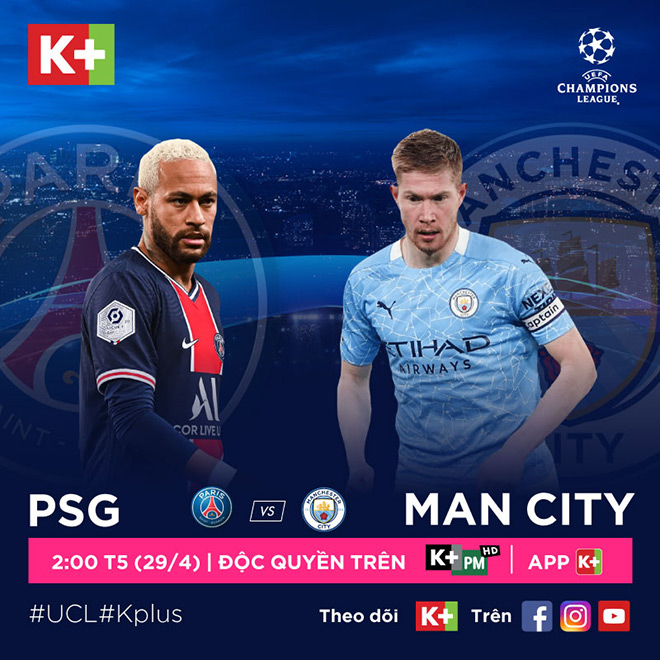 Commentator Hoang Anh Quan (BLV) of K + commented: “The outcome of the match will be determined by two questions. Whether the Man City defense can counter Mbappe and Neymar as they did with Dortmund’s Haaland before. The second is whether PSG is solid enough to resist each of Man City’s attacks. While the defense of the Ligue 1 representative is still fragile, the Navas goalie ‘s ability to save has become an important factor “.

Meanwhile, BLV Dinh Huu Hai Thanh (K +) evaluated PSG and Man City showed true bravery when overcoming the representatives from Germany, Dortmund and Bayern Munich in the quarterfinals. “The common point of PSG and Man City is that they both aspire to be crowned in the Champions League. This is the last title the two teams are missing, a must-have cup in the traditional room to confirm the reach and correctness of investment decisions ”, Hai Thanh said.

Fans are also eagerly waiting for the remaining equally attractive match when Real Madrid clash with Chelsea. Real Madrid shows remarkable bravery with the players with the DNA of the Champions League arena. The 14th time the Spanish team attended the semi-finals, it was the record of the tournament. Chelsea is also the first English team to have eight semifinal appearances. Real Madrid’s greatest strength concentrated in midfield with the perfect trio Modric, Casemiro, Kroos. This is the key to victory, the fulcrum for Real Madrid to overwhelm the opponent. Against the midfield, Chelsea also has high-profile faces such as Kante, Mount, Pulisic. “Coach Tuchel’s imprint is very clear because the Chelsea team consists of many young players, which have not been combined for long, but show amazing bravery and persistence. Chelsea kick may not be beautiful, attractive, but it will be an opponent everyone must be afraid of. Defensive quality is key to Chelsea with a well-organized playstyle, defense concentrated and goalkeeper Mendy shaking hands. Clean sheets and winning is what Chelsea is about and this style of play is really suitable for the Champions League arena“, BLV Hai Thanh (K +) commented.

Sharing the same point of view with his colleague, BLV Anh Quan (K +) evaluated: “This is a very interesting match against the top midfielders in the world, Casemiro and Kante. Chelsea midfielder needs to prove his bravery in the Champions League and the upcoming match is an opportunity for Kante to do that. Fighting Real Madrid is a difficult test for Chelsea’s youth ”.

Still at the forefront of providing top notch content in the pay TV market in Vietnam, audiences are not only delighted by the breathtaking dramatic sports matches of the Premier League, Cup C1, and C2. … on K + but also “overwhelmed with entertainment” with a special series: The cult series Hidden corner of the secret (20g on K + NS), thrilling action film Assassin Mozu (April 28), Vietnamese film theaters latest The Secret of the Wind – a romantic and humorous film with the couple “beautiful men and women” Linh (Kha Ngan) and the ghost Phong (Quoc Anh). The relationship between these two characters will bring many surprises to the audience. The drama will air exclusively on K + 1 at 20:00 on April 30. 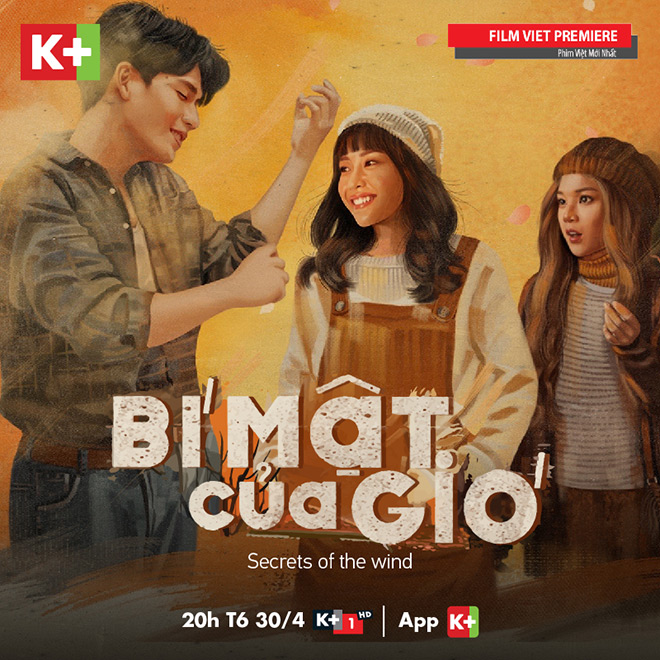 Besides, movies in cooperation with Cinema World channel, prestigious Oscar-winning super productions, foreign-hit dramas … only on K + will continue to bring relaxation, excitement, and connection. people and contribute to the holiday more meaningful. 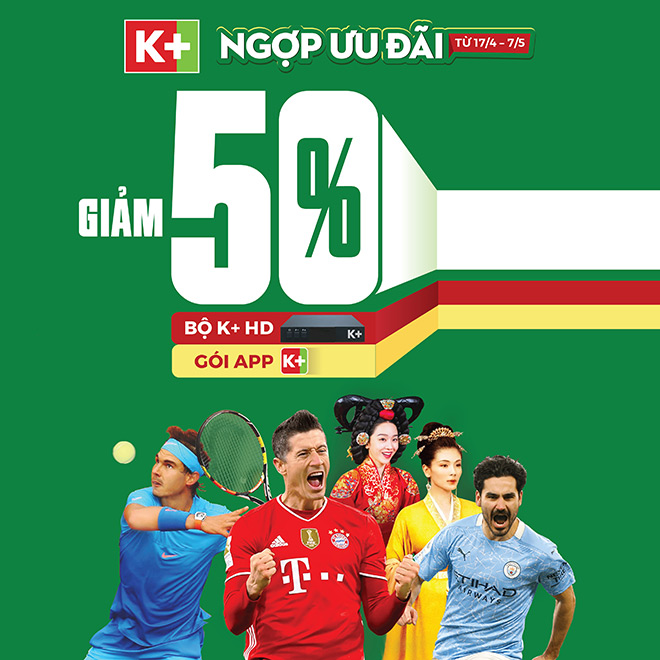 And yet, from now until the end of May 31, 2021, customers who register new and renew K + app subscriptions will be reduced by 50% to only VND 25,000 / month for VOD and Mounting packages. Especially on three weekends (Friday – Sunday), when buying the Package and Sports Package, customers will also receive a 50% discount from only 60,000 VND / month. All K + app deals are valid for up to 2 months.