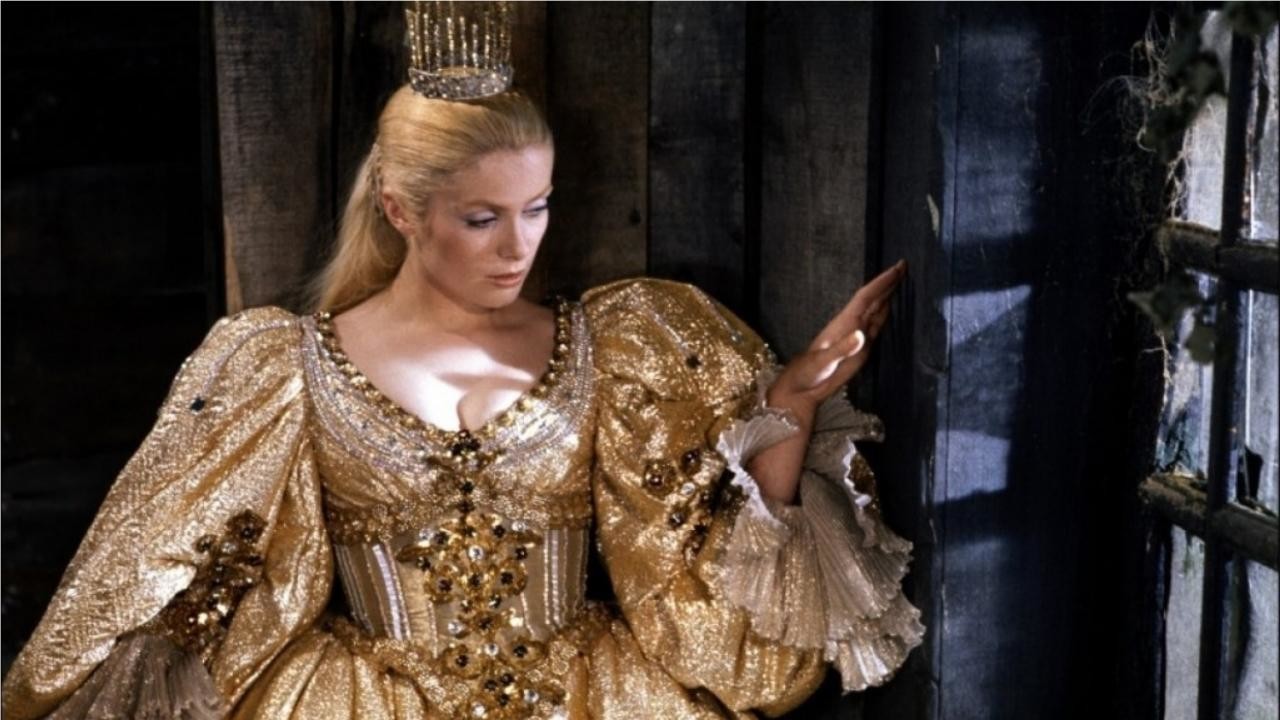 A movie : Donkey Skin by Jacques Demy, Thursday December 24 at 8:40 p.m. on OCS Géants, available on Netflix and on DVD.

A book : Once upon a time Donkey Skin, by Rosalie Varda-Demy and Emmanuel Pierrat at Éditions de La Martinière (274 p., € 35).

While the king seems to succeed in thwarting all the traps she sets for him, the Lilac fairy wonders about her magical powers: would they wear out, like a battery, she asks without fear anachronism.

The spells dispensed by Jacques Demy’s film (1970) do not wear out, fifty years after its theatrical release. Each new vision even seems to revive its colors and scents, fantasy and dreaminess. We may know by heart this story – strange and cruel – of incestuous desire, of frantic flight, of bullying and, finally, of the triumph of patience and love, each scene dispenses, like the very first time, its humor. , its liveliness or its melancholy. The plot, directly inspired by the tale published by Charles Perrault in 1694, is enhanced by the music of Michel Legrand, one of his most successful, most heady scores.

The miracle Donkey Skin is based on its multiple possible reading levels: it is both a fantastic tale brought to life by a virtuoso director; a deceptively wise decorative universe nourished by references to psychedelia; a tribute to the cinema and to the poetry of Cocteau; a gallery of immense actors of the 7th French art – Jean Marais, prince of yesterday who became king, Delphine Seyrig, manipulative fairy under her ethereal veils, Micheline Presle, mother hen who governs Fernand Ledoux, debonair monarch with a flowery beard… They surround the adorable couple formed by Catherine Deneuve and Jacques Perrin, then at the zenith of their charm …

A thousand references and lines of irony are distilled in all lightness according to the images and lines. Each spectator cherishes one or the other in particular and all gather around the recipe for the love cake, with its ” tear of honey “, his “ hint of salt ” and the ” slipped present for your fiance “. History can then be fulfilled and destinies follow the path that a passing cloud had disturbed. ” Everything is arranged, I marry your father », Slips in the ear of his goddaughter the fairy of Lilacs who, finally, reached his objective of always.

Behind the scenes of a film

Published six years ago and very recently reissued and completed, Once upon a time Donkey Skin does not hide how much affection and admiration guide its authors, Rosalie Varda-Demy and Emmanuel Pierrat. Adolescent at the time of the filming, the premiere never ceases to wander through her memories: she opens the magic cassette to us, exploring behind the scenes of a work where technique honors the imagination. We discover, for example, that the dress color of time requested by the princess from her father, ” had the properties of a cinema screen On which were projected the moving images of white clouds against a blue sky. Or that Jacques Demy was the first to jump through the ceiling of the Donkey Skin chamber to show the hesitant Delphine Seyrig that the waterfall was safe!

→ CHRONICLE. Catherine Deneuve and her dress the color of time

If the illustration – photos, drawings, models of sets and costumes… – reigns supreme over the work, the filming notes of Jacques Demy, his borrowings claimed from the engravings of Gustave Doré as from the American artists of the counter-culture of years 1960-1970, throw a fascinating light on the scenes of the film and the aesthetic choices of its author. While the accounts of actors and technicians confirm that the “making” of Donkey Skin was a singular moment in their career, unlike any other. ” No matter how much we are an actor, we can play in a film, there are times when things don’t matter anymore … », Admits Catherine Deneuve.