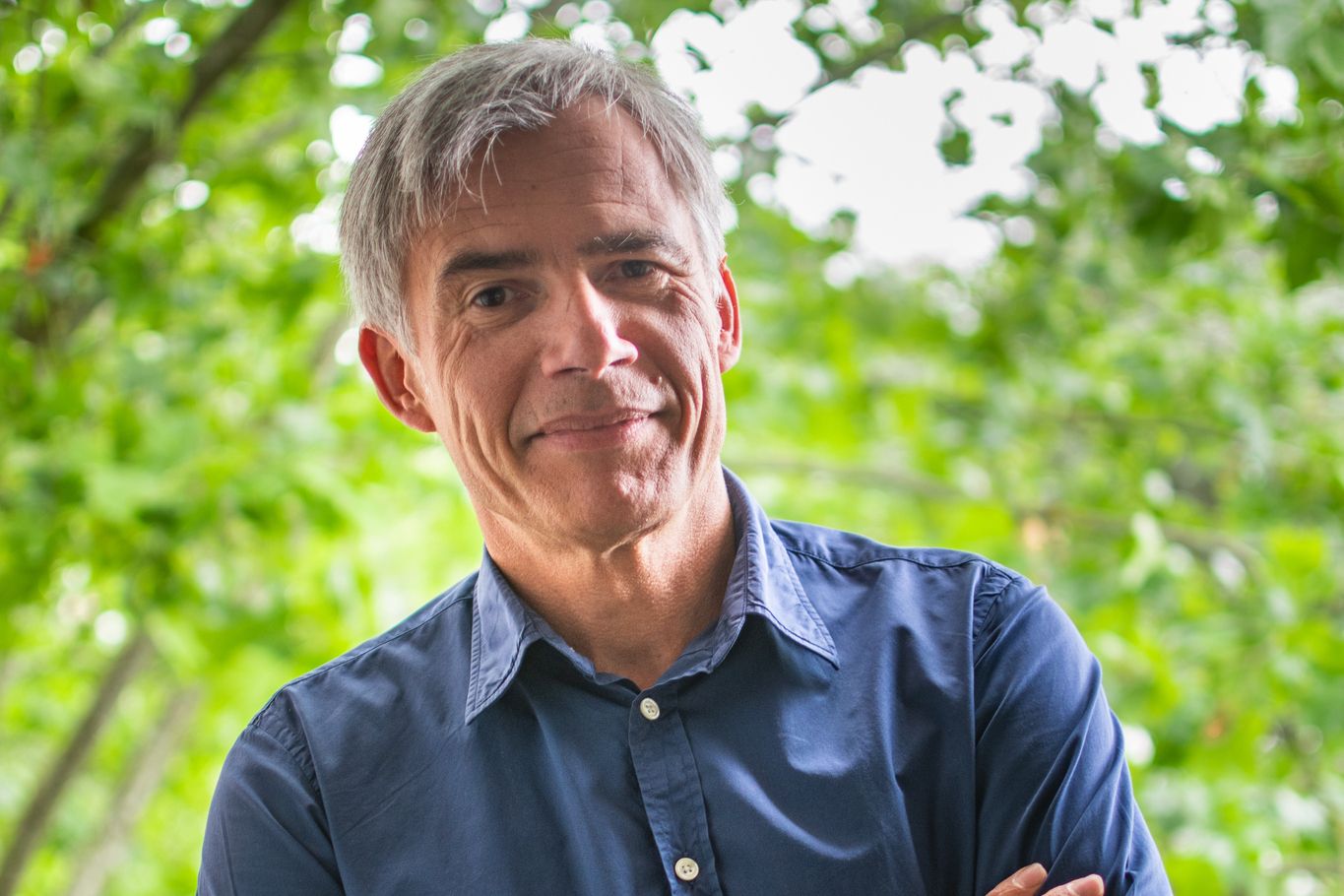 Like Gru, the big-hearted villain of the saga Me, ugly and mean, he likes to work alone in his studio (but does not seek to steal the Moon). Like the Minions, Gru’s goofy minions who have been raging in theaters since last Wednesday, he doesn’t hate schoolboy jokes (but is much less outgoing). Like Buster Moon, the anthropomorphic koala who runs a theater in All on stagehe appreciates big productions (but does not sleep in a drawer of his desk).

Éric Guillon puts a bit of himself into each of the characters and sets he draws to order for the American studio Illumination, whose particularity is to have its films made in Paris by hundreds of animation craftsmen.

“I clung to the branches thanks to the drawing”

A shadow actor, the artist is a discreet man, who refuses television interviews for fear of eclipsing the collective labor represented by an animated feature film. And yet! Without his preparatory sketches, small marvels of caustic humor that we discover in a very beautiful book published recently (1), these films would not have the same flavor.

A somewhat watered down flavor if one considers the lively and spontaneous line of the sketches scribbled in the margins of Éric Guillon’s white sheets. “It always starts like this: barely legible scribbles that are the best moment of creation, because they capture the essence of a character,” observes the graphic designer, met at the last Annecy Animation Film Festival, where Minions 2 were screened as a world premiere.

“Inventing worlds to escape to”

From childhood, the young Éric already filled his school notebooks with his little drawings. Maybe a little too much… “Expelled from school at 14, because I was too distracted, I clung to the branches thanks to drawing. For me, it’s a form of meditation that allows me to invent worlds in which to escape. »

After a CAP as a draftsman in Nantes, he studied graphic art at the Olivier-de-Serres school in Paris. He works as an artistic director in advertising, and, in his spare time, makes short animated films in volume (with figurines), which open the doors of the profession to him in 1992.

“A puzzle of my imagination”

In 2007, Pierre Coffin, co-director of Me, ugly and mean and “voice” of the Minions, calls him to work on the film. In early drafts, Gru looked like a salesman, inventor of a machine to grind dirty socks to extract poison. As for the Minions, they come from the fusion of workers in overalls and Cyclopean robots… “These studies are like a puzzle in my imagination: if you look closely, an idea that didn’t work in one film turns up in another. »

It’s a pity that the vitality of the line is lost during the passage to three-dimensional synthetic images of animated films! Éric Guillon, who co-signed the production of Despicable Me 3, willingly admits it and confides his secret dream: to make comics or children’s books. We can’t wait to read this prestoas the Minions would say.

Very inspired by the colorful and richly detailed plates of the Argentinian Guillermo Mordillo, Éric Guillon is also a great admirer of Jean-Jacques Sempé, whose The little Nicolas served as a model for the young Gru des Minions 2. The designer draws his many other references from Franco-Belgian comics: the graphic strength and purity of Hergé, the retrofuturist machines and dark ideas of André Franquin, “an absolute master”as well as the poses of Claire Bretécher’s heroines…