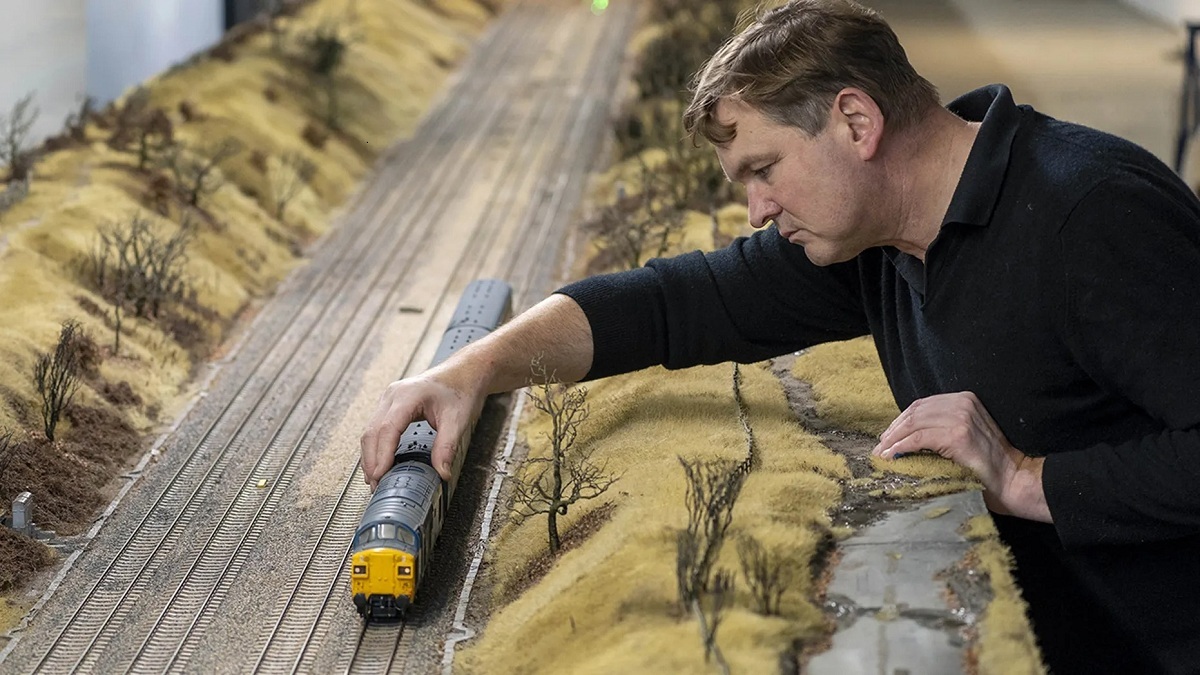 Simon George, 53, spent eight years building a 61-metre model, which simulates a 2.4-kilometer stretch of train track in West Yorkshire, to reminisce about his childhood.

This businessman hid the massive construction in a basement of the building, lying to his girlfriend where the wine was kept for sale.

Simon George shared, when he lived at Lodge Junction, Mirfield, West Yorkshire at the age of 12, he liked most to watch the trains go by. “The good memories of my childhood are all there,” he said, revealing that he spent the equivalent of 330,000 USD (7.5 billion VND) building this model.

To recreate each bush, fence and grass, Simon collected about 500 photos of railroad tracks from 1983. He also found a photo of himself as a kid leaning against the fence watching a train carrying a train. goods pass.

Accurately model everything from graffiti to fences. There are also canvas sofas floating on the embankment, small 80s Tesco bags perched on tree branches and railway sleepers.

Currently, it is on display at the local market hall. George hopes the model will be exhibited around the country.

See more pictures of the model: