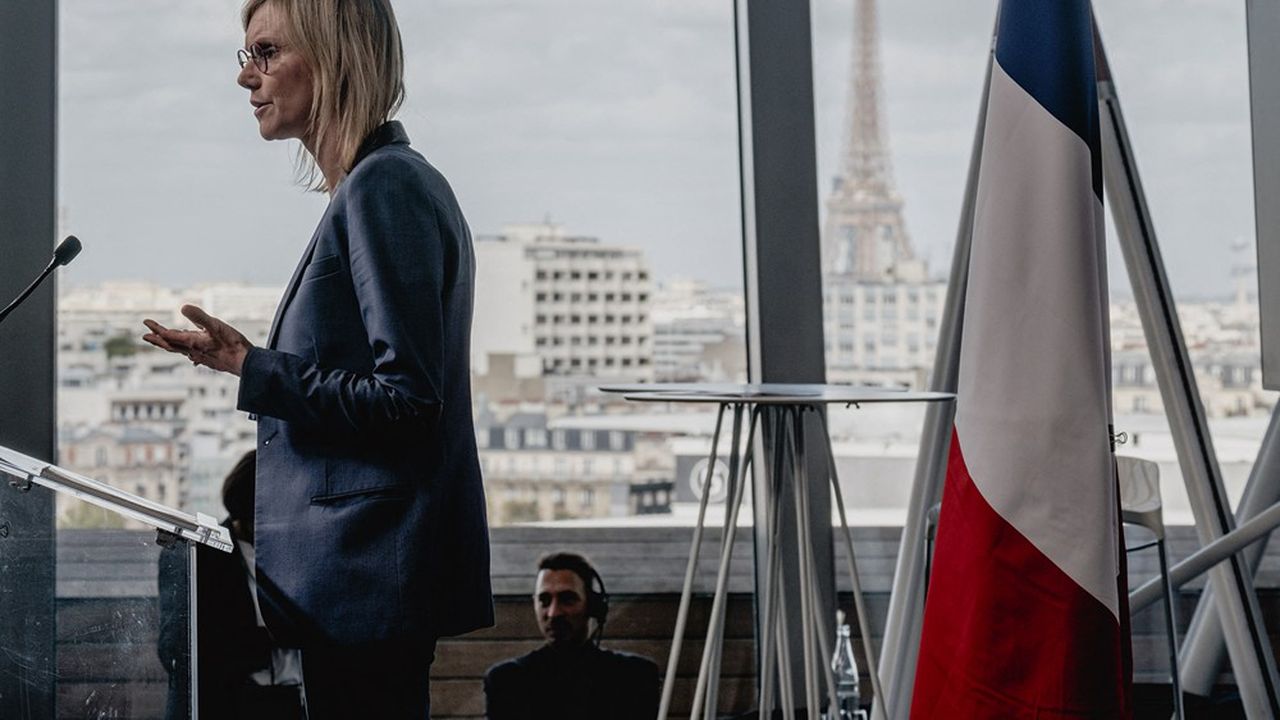 We will have to play collectively. This is the unequivocal message hammered home by the government on Thursday, detailing its sobriety plan intended to reduce the country’s energy consumption by 10% in two years and to put France on the path to emerging from its dependence on fossil fuels. “The watchword is clear: general mobilization. Everyone must commit to the current emergency situation,” insisted the Minister for Energy Transition, Agnès Pannier-Runacher, in front of several hundred people invited for the occasion to the Porte de Versailles exhibition center. , in Paris.

A little earlier in the day, Emmanuel Macron had set the tone in front of the entrepreneurs gathered for the Bpifrance Inno Génération (BIG). “If the whole nation manages to achieve this objective which is purely voluntary – we do not need decrees, laws, complicated things -, in the worst scenario, we spend the winter, he assured, even if there is no more gas arriving from Russia… which seems most likely given what has happened in recent days. »

Less heating, less lighting, encouraging carpooling or teleworking… This “chosen” sobriety plan, drawn up with the sectors and sectors, includes dozens of concrete recommendations – given throughout the afternoon by eight ministers – for companies, local authorities or administrations in order to save gas, electricity and fuel, including in the event of an “energy crisis situation”. The French who are preparing for a winter at 19°C in their homes and in the office will be made aware of “eco-gestures” via an advertising campaign which will be launched at the beginning of next week.

According to the government, the measures it has identified can make it possible to make savings “of the order of 50 TWh”, i.e. around 3% with regard to consumption of just over 1,500 TWh of final energy per year. And the actions must be supplemented by travel measures outside peak consumption hours. In the 10% reduction objective, the government combines the potential for a reduction linked to the sobriety plan with the sharp drop in consumption already observed compared to previous years due to higher energy prices.

“The objective is achievable, there is a colossal mobilizable deposit”, estimated this Thursday Hélène Gassin of the Négawatt association. But “it has to be implemented,” she warned. “And it takes everyone’s mobilization”, adding that “even measures that seem symbolic are important”, because there is a ripple effect.

The question of monitoring measures arises. The 10% reduction must be achieved at the national level, no objective has been set by sector. For example, it is up to each company to follow up on its commitments, which it is encouraged to publish on a dedicated website (lesentreprisessengage).

The government has announced that it will publish national electricity and gas consumption every week to compare it with previous years. And he will return “regularly before the French to report on the situation”, promised the Prime Minister, Elisabeth Borne, who concluded this long presentation, acknowledging in passing that sobriety – a word long remained the prerogative of environmentalists – ” has imposed itself as a necessity” with the war and the urgency of the energy transition.

“If we are mobilized, we will achieve these objectives which are necessary to get through this winter, but also next winter”, underlines the MEP Pascal Canfin, who nevertheless takes care to recall: “As the President of the Republic, several weeks ago, if voluntary measures are not enough, then it will be necessary to resort to binding measures. »