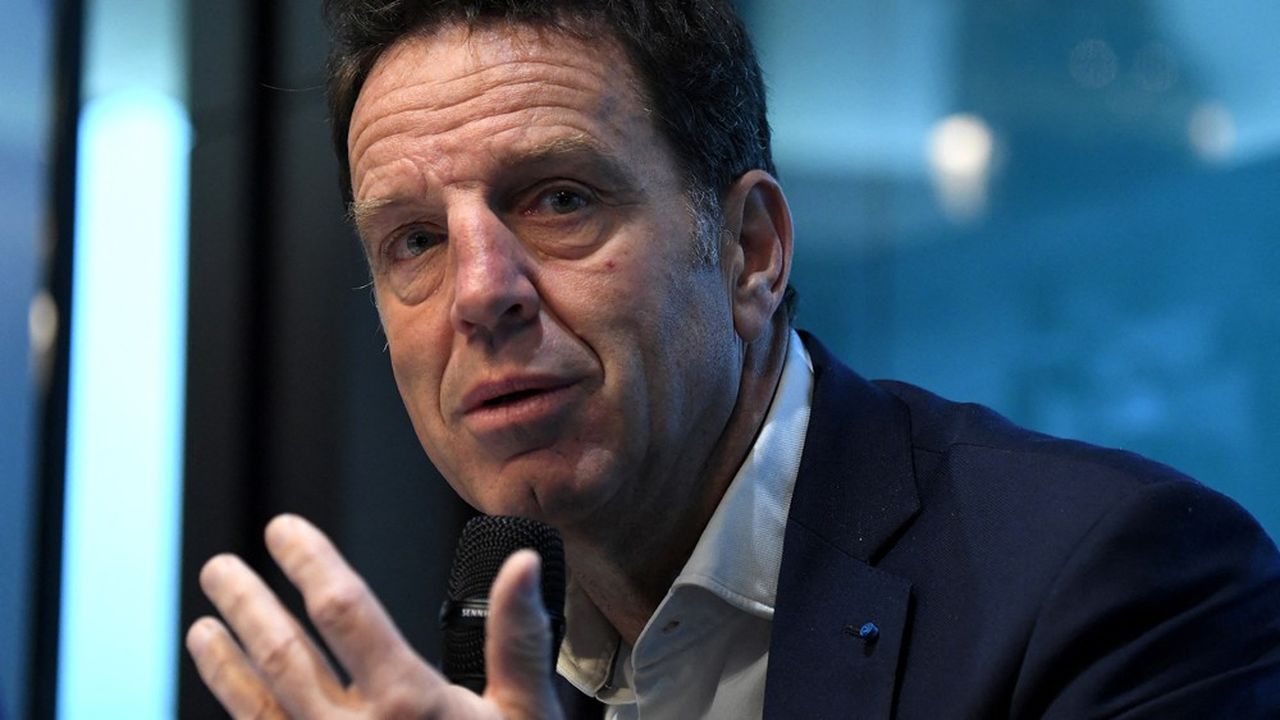 “Strangled companies” faced with “a problem of survival” in the short term and destined “to ask themselves the question of relocation” in the medium term. Faced with soaring energy prices that never ends, the Medef is trying to dramatize the issues to push Europe to review the operation of its electricity market and the French government to make its system of electricity more flexible. aids.

During a press conference organized this Wednesday, the president of the employers’ organization, Geoffroy Roux de Bézieux, thus made no secret of wanting to “put the question of energy back at the center of attention, whereas it had somewhat disappeared from the radar from the point of view of the impact on competitiveness”. But the shock is tough for the European economic world, with a “ratio of 1 to 10 between the price of energy in the United States and France”, he assured. “There is a general risk of competitiveness for Europe vis-à-vis China, Asia and the United States,” argued the business leader.

If this problem obscures the horizon, employers are also alarmed by the immediate dangers which await companies, with an energy bill which would have exploded by 16 billion euros in 2022, including 6 billion for industry alone. “We can’t pass on these prices to the end consumer,” warned Geoffroy Roux de Bézieux, fueling the risk of bankruptcies or limitations and production stoppages.

Faced with this, is the government’s response sufficient? For the moment, the employers show a measured enthusiasm, to say the least, at the mention of the arsenal of 10 billion euros unveiled at the end of October by Prime Minister Elisabeth Borne and the Minister of the Economy Bruno Le Maire to help businesses. .

“For these 10 billion, we have some doubts and I do not know if the account is there. We have many members who come back to us to tell us that they cannot be entitled to it or that it will not be enough, ”said the president of Medef. He says “not knowing how Bercy arrives at this amount of 10 billion”. “The device should not be too tight. »

However, this question obliges the employers to a balancing act. Difficult indeed to ask the State to take out the checkbook again, at a time when it is calling on the government in parallel to put an end to “whatever it costs” and to clean up public finances. Geoffroy Roux de Bézieux therefore prefers to speak of “operational adjustments” to the mechanisms put in place.

This is less aimed at VSEs, which benefit from the tariff shield granted to households. On the other hand, criteria could be reviewed in his view for the 7 billion mechanism planned for SMEs from January, which involves the State taking charge of part of the bill subject to market prices of electricity and would amount to reducing the amounts paid by approximately 120 euros per megawatt hour (MWh). Same request for adjustments for the 3 billion window planned for ETIs and large companies, scheduled for this month.

Above all, the employers also demand that these devices “be adapted according to the evolution of electricity prices”. Clearly, that we do not make the envelope of 10 billion an intangible given, as Bruno Le Maire, the Minister of the Economy, nevertheless proclaims.

But however one takes these devices, the Medef comes to the conclusion that they are much less generous than those practiced across the Rhine. Germany! The president of the employers’ organization did not hesitate to unleash his blows this Wednesday against the first European economic power, his plan to 124 billion and his “rider alone” made to the detriment of his neighbors.

“We do not understand why large German companies benefit from so much aid, which allows them to benefit from an electricity price capped at 130 euros per MWh, whereas in France we are told that we are not may be entitled to such a system”, argued Geoffroy Roux de Bézieux. “I can’t imagine the European Commission allowing this to continue,” he added.

Germany is all the more in the sights of French employers as it shows little eagerness to bring about a reform of the European electricity pricing mechanism. “The real long-term solution to the rise in energy prices is to succeed in having a common price for electricity in Europe, which is competitive in the world”, argued Geoffroy Roux de Bézieux.

He once again called for a solution similar to the mechanism set up in the Iberian Peninsula to decouple electricity prices from gas prices, also referring to what is being discussed in Greece. “The price of oil is global, that of electricity is local. Previously, energy prices were not a subject of competitiveness, now it is,” he said.