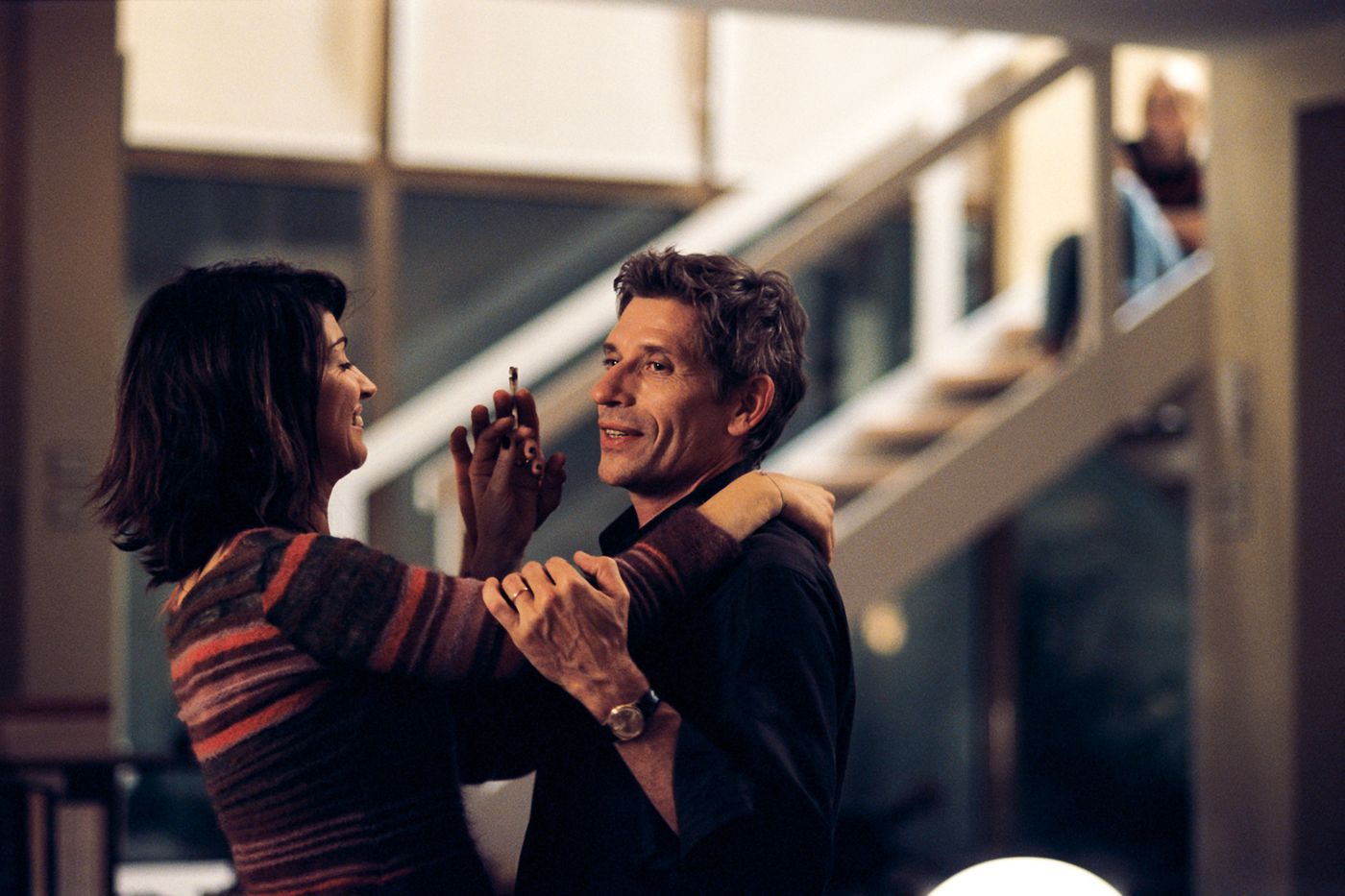 Joël V., 58, cannot mention The first day of the rest of your life without being, even today, overwhelmed by emotion. This song by Étienne Daho, soundtrack of the homonymous film directed by Rémi Bezançon in 2008, he listened to on repeat after the death of his mother, who died of cancer after four years of suffering. “She speaks of these lives which know they are doomed, but also of a possible restart. It helps me to endure. Faced with death, we are distraught”he blurts out.

“It’s an unfortunately common story, without a miracle at the end, but as touching as it is true. » Blanche S., 44, fell in love when she saw In his lifetimefilm by Emmanuelle Bercot released in 2021. “I particularly liked the figure of the accompanying doctor, played by Doctor Gabriel Sara, a Lebanese-American oncologist who plays himself. For me, he and the medical team are the real heroes of the film, she says. These are the people who stand, alongside patients and their loved ones, on the delicate line of balance between charity and truth.. »

Films, books, comics, plays, songs: it is impossible to draw up an exhaustive list of works that have recently dealt with the end of life and the existential questions they raise in us. But is it so surprising that art interferes with such insistence in a social debate that touches the depths of man?

“Creators have always been interested in moral questions, in particular that of the relationship to death. It was already true with the Greek tragedies and it is still topical because the somewhat serious artists know well that the big question is that of the distress of man in front of his own finitude and its corollary, that of eternity. and of God”recalls Jean de Saint-Cheron, essayist and columnist at The cross (1).

“The debate on the end of life that is taking place cannot avoid hearing what art has to say to us on the subject. “, adds the philosopher Jean-Michel Besnier. “Experts, doctors, lawyers can shed light on the practical issues, but let’s not expect an ethical standard from them. They are in the order of facts, of utility, while the question asked engages values ​​that bring into play our conception of the world and our spirituality. he insists.

At the ADMD, a “cultural committee” selects works

Pragmatic, the militant organizations have understood all the interest of positioning themselves in this confrontation of ideas by interposed works of art. As soon as he was appointed in the fall of 2021, Jonathan Denis, president of the Association for the Right to Die with Dignity, thus had the idea of ​​establishing a “cultural committee” which makes available to the public, on the ADMD website, critical sheets written by members.

“In one year, we have identified nearly 37 books – essays, fiction or comics –, nine films, around ten plays, including the superb Trip to Zürich with Marie-Christine Barrault, and a few songs, like the very sweet Retirement homeby Michel Jonasz »explains Catherine Daquin, retired psychotherapist and ADMD delegate from Gard, responsible for coordinating the committee’s activity.

The goal? “Obviously it is a question of promoting our ideas in favor of the legalization of euthanasia and assisted suicide, but avoiding being in the censorship, she defends herself. There’s nothing more blinding than staying on your side, and it’s important to understand what scares our detractors so much. »

Moreover, as proof of her open-mindedness, Catherine Daquin argues that the committee has put in its catalog End of life in the Republic (2), lawyer and anti-euthanasia activist Erwan Le Morhedec. “It hurt my heart, but we bought it with our money. It uses false arguments, but at least it’s well written”she attacks with a smile.

At Alliance Vita, we also say we are attentive to all the releases of films or books that could be invited into the debate, or even serve the cause, such as the recent release of Map 75by director Chie Hiyakawa, which depicts a futuristic Japan where the problem of an aging population is solved by a euthanasia program.

“But beware of the risk of emotional saturation, warns Tugdual Derville, its general delegate. Like many media cases in recent years, many of these works depict painful cases, and we know that emotion is a potential source of manipulation. Hence our concern, at Alliance Vita, to have very real carers and volunteers who are committed, in the field, to end-of-life support. »

Could emotion be such a bad adviser? “Not only can we not escape it, but we must not want to avoid it.argues Jean-Michel Besnier. It would be transforming the end of life into a purely academic, technical question when we are immersed in the order of the symbolic and the sacred. We cannot pretend to put life and death in an equation. There is no algorithm to solve our questions. As soon as there is something human, ambiguity and approximation take precedence. And art becomes the best way to give meaning to the end of life to better tame it. »

Elsa Walter, 33, walked this path from emotion to reflection for two and a half years, one evening a week, as a volunteer companion in the oncology department of a Parisian hospital. ” I read Intimate Death by Marie de Hennezel and this book, condensed with humanity, helped guide me at the bedside of sick people at the end of their life”, she says. From these encounters with the dying and their loved ones, the young woman in turn drew a sensitive and caustic book (3). “While the debate that opens is often placed on a theoretical ethical level, I wanted to listen to the main people concerned about their relationship to their own finitude and make their voices heard, without filter, to weave a complex narrative where the problematic of the end of life is not limited to the question of the pros and cons of active assistance in dying”underlines the young woman.

As for measuring the influence of a film or a book on public opinion, that’s another story. “For my part, I do not think that a work can orient the course of history because art has no temporal utilitybelieves Jean de Saint-Cheron. The characteristic of a great work is to achieve the universal, which transcends eras and cultures. Great artists ask more questions than they answer. »

The calendar of the citizen debate

Announced by Emmanuel Macron on September 13, the End-of-Life Convention will be held from December 9, for nine three-day sequences, to conclude on March 19.

Organized by the Economic, Social and Environmental Council (Cese), this convention will bring together some 150 citizens currently selected by lot.

The work should shed light on the following question: “Is the end-of-life support framework adapted to the different situations encountered, or should any changes be introduced? »

After the conclusions, it will be up to the executive to decide whether or not to legalize medical assistance in dying, as suggested by the National Ethics Advisory Committee.