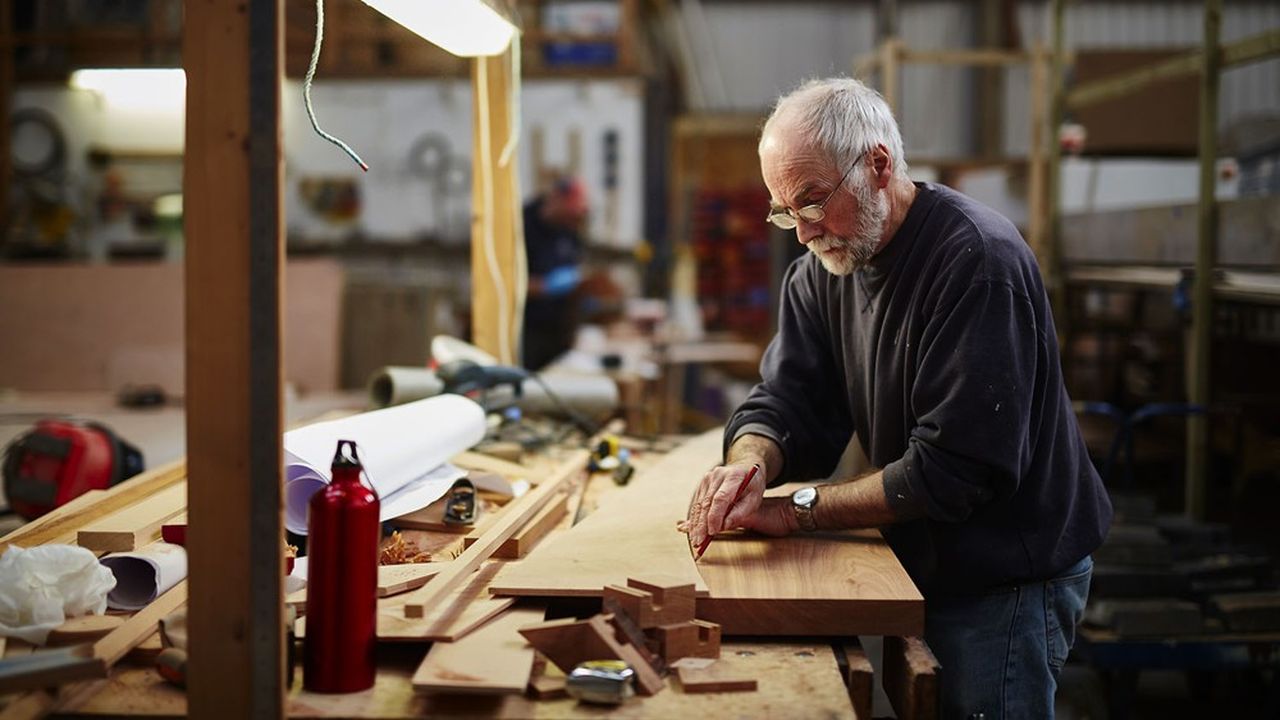 Accumulation of employment and retirement, gradual retirement or chosen part-time, or even a bonus for taking up a less well-paid job: these avenues figure prominently in the first phase of the consultation on the pension reform devoted to the employment of over 55 years old. A report by the Institut Montaigne to be published shortly takes them up quite logically. Except that the liberal think tank goes much further: one of its 16 proposals, which it describes itself as “radically new”, opens the way to a structural change in terms of employer contributions.

Contrary to the employers’ organizations which ask for a reduction for the only seniors, it is a question there of making them vary according to the age. Specifically, the Institute proposes to lower the old age and unemployment contribution rates by 2.5 points for those under 30 and those over 55, and to raise them by 1 point between the two. All in all, the measure would be at a neutral fiscal and social cost, with a smoothing of the variations in the two years preceding the threshold crossings, and giving companies one year to prepare for it.

Why act on both ends? “Because the employment rate there is significantly lower than for 30-55 year olds, even if it has improved a lot for young people thanks to the apprenticeship reform”, explains the author of the report, Franck Morel, lawyer at Flichy Grangé. The one who was also a former social adviser to Edouard Philippe at Matignon defends a measure “simple operationally” and “of intergenerational solidarity and in favor of employment”. Incidentally, he adds, the employment situation in these two tranches may constitute a reason of general interest capable of authorizing a breach of equality before the law.

The proposal refers to debates which agitated Macronie at the end of the first confinement in the summer of 2020. The Ministry of Labor then pushed for a reduction in charges, wages in this case, and for the only young people who were feared that they are crushed by the Covid-19 crisis. It was the hiring bonus option that prevailed, mainly for cost reasons, and which remains today only for apprentices. Setting up a modulation of employer contributions according to age is also a way to take over from this premium which will be reduced, argues Franck Morel.

The author of the note does not quantify the effect that this differentiated modulation would have on the employment rate of seniors, while within the government it is estimated that 1 or 2 contribution points less will not change the situation. What’s more, it would have no effect for all employees paid the minimum wage, as employers are entirely exempt from contributions at this salary level.

This measure alone will not actually change the situation, recognizes Franck Morel. To do this, it is necessary to activate several “complementary levers” to measures linked to the retirement age. In addition to the modulation of contributions recommended, it highlights four of the fifteen other proposals of the report at a minimum: senior index, five-year renewable senior employment contract, end-of-career arrangements by collective agreement and end of Unédic early retirement.