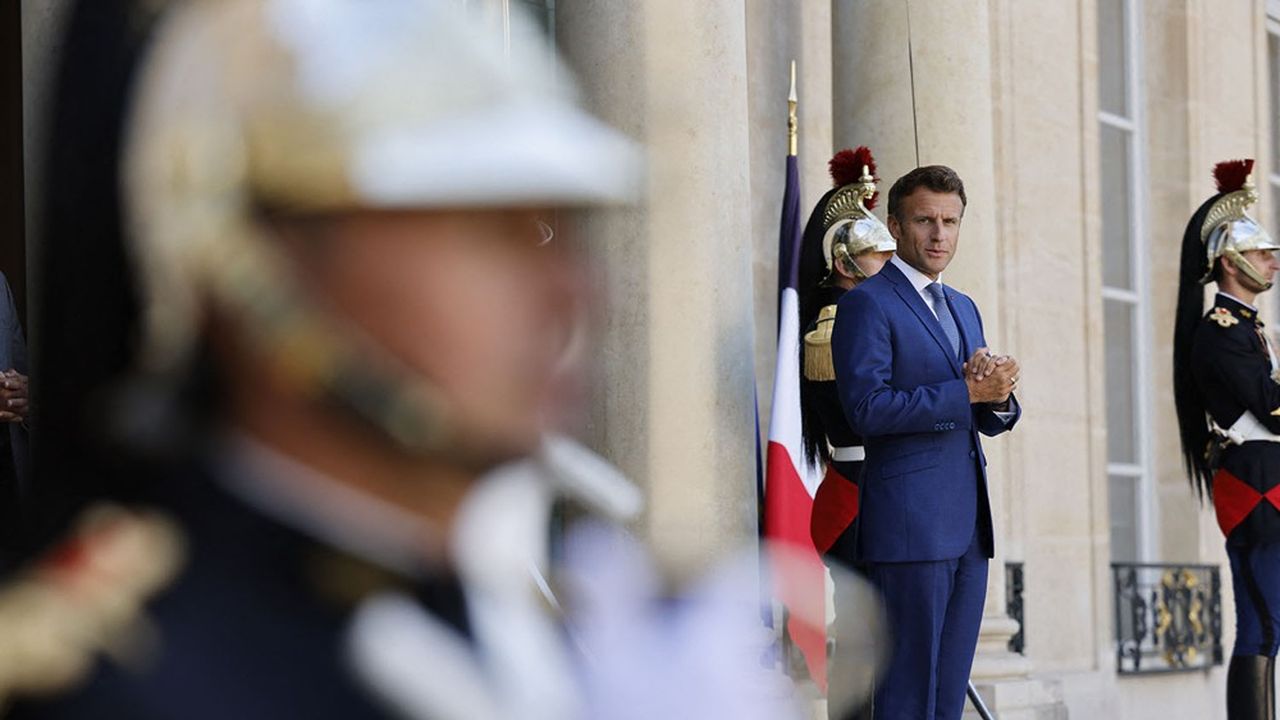 Uncertainties are high in this return to school marked by the war in Ukraine, galloping inflation or fears about access to energy. But Emmanuel Macron does not intend to postpone one of the key reforms at the start of his five-year term, that of pensions. The President of the Republic is maintaining his timetable and is aiming for the entry into force of the reform next summer, as he had already indicated.

” There is no doubt. It has to be done, but the legal age is not the only instrument. Afterwards we have to find a way, but not everyone will agree, ”said a source close to the president. The possibility of introducing an age measure in the Social Security financing bill (PLFSS), which will be debated in the fall, has not been ruled out by the executive. The government of Elisabeth Borne should be revealed in the coming days. “It will be up to the government to choose the path”, adds the same source, “the vehicle does not matter”.

The trade unions are standing up

The Elysée is based in particular on the latest forecasts from the Pensions Orientation Council (COR), unveiled on Monday. They certainly foresee a surplus in 2022, but a return to deficits for the years to come . “You have to explain on the basis of the work of the COR. If we do not carry out this reform, it is not fair, ”we add from a source close to the Elysée. Emmanuel Macron not wishing to raise taxes and not having the ability to increase public debt, the solutions are not many. “We can’t wait,” we believe at the top of the state.

The unions, already scalded by the reform of unemployment insurance, say they are all fiercely opposed to any attempt to force the government to pass. They believe that this would lead to strong social tensions.

“There are many subjects on which the CFDT is ready to commit, such as support for RSA beneficiaries or long-term job seekers, but serenity will not be in order if the fall is disrupted by a brutal measure, ”warned Laurent Berger, the secretary general of the CFDT, on Monday. Medef is not in a hurry either to see a new pension reform, fearing that social tensions will impact an already fragile economic activity.

In an attempt to find the narrow path for this reform, the Head of State balances the “massive investments to be made for the climate transition and those to be made in health and in school to strengthen the equality of chances,” says a relative. “We have no margin, neither in taxes, nor in public deficit. We must therefore produce more wealth, ”continues the same. This involves, among other things, increasing the amount of work during life, via the objective of full employment and pension reform.

It is then up to the government to find this “path”, with on the one hand the tools of the legal age, the contribution period, the rhythm, the discount systems, but also, wishes the Head of State, more justice according to him with grain to grind on long careers, fractured careers and again, campaign promise, the minimum contributory at 1,100 euros for a full career. A review clause in 2027 is still mentioned.

But the path remains very narrow. The pension reform is very unpopular, the unions are up in arms, the employers cautious and the opposition unwilling, in this new school year, to support such a project. “If we think that it takes unanimity to move, we never do anything, loose a close friend of the head of state. We have to create a consensus, but we also have to explain (…) There is no union and political force that can free itself from reality (…) There is a form of intellectual dishonesty today in the public debate which consists of saying “you are not spending enough money” but the same people do not want us to create more wealth. Let’s see how we intelligently use the money that we release for health, school, ecological transition ”.

In short, the pension reform sold as a “tremendous lever of transformation”, according to the entourage of Emmanuel Macron. A bet.