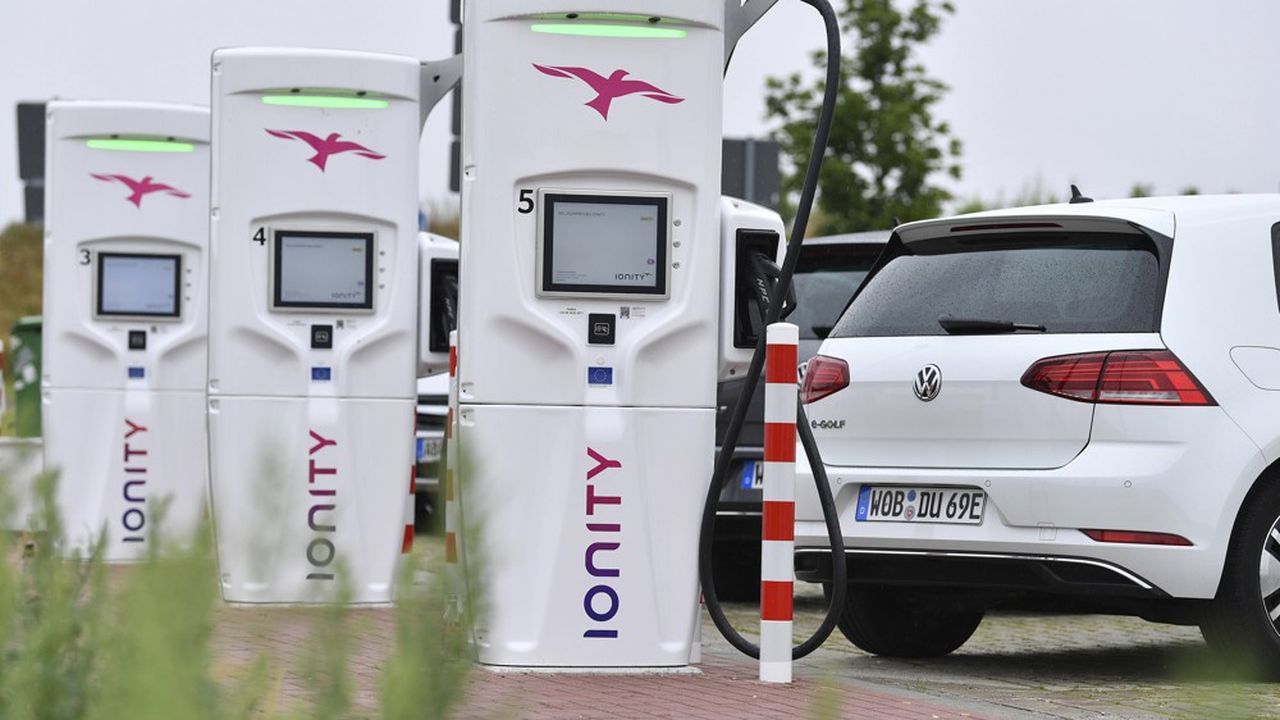 But what are the builders doing? Everyone agrees on one point: having an adequate network of battery recharging stations is essential to eliminate the fear of running out of fuel, a still important brake on the sale of electric cars. However, not all are prepared to invest heavily in infrastructure themselves. “We have already invested heavily in electric vehicle technology, we cannot invest everywhere”, explains the director of the electric vehicles division of the Renault group, Gilles Normand. Electricity distribution is, in fact, as far from their core business as that of fossil fuels.

Assuming that nearly 90% of recharging is done at home, car manufacturers nevertheless generally offer their customers to support them in setting up terminals at home. They have concluded agreements with specialized partners in the various countries. In France, this is Proxiserve for Renault, and ZEBorne for PSA for example. It is a question of guaranteeing to their buyers services and framed prices. But financial aid for setting up, which some may offer as a promotion, is relatively rare.

Manufacturers also participate in working groups of associations or professional organizations, in order to ensure that public terminals built by others (communities, supermarkets) are indeed interoperable and accessible. “Our customers must be able to use them with a single card”, insists the head of the development of electromobility at BMW France, Johan Lozac’h. Some have also decided to install terminals on their production sites for their employees: PSA has just announced that 500 stations will be operational (but not free) at its 49 sites in Europe at the end of 2021.

But for the moment, few are those who have invested in a network intended for their customers. Tesla was a pioneer in this field: the Californian manufacturer, which deployed its “superchargers” in Europe in 2013, now has 600 stations in Europe, including 88 in France (nearly 700 charging points).“It seemed essential to us to develop our own infrastructures so that our customers can make long journeys and make their Tesla their main vehicle”, one explains in the company. Tesla also has 600 partners in France (hotels and restaurants, in particular), which it has equipped with less powerful terminals.

German manufacturers, BMW, Daimler, Volkswagen (initially for Audi and Porsche) and the American Ford joined forces at the end of 2017 to create the Ionity network of fast terminals on the motorway in Europe. They were joined last year by Hyundai-Kia. The consortium claims 287 stations operational in Europe and 60 under construction. “Ionity now has 46 stations (200 terminals) in France, a figure which will rise to 80 in the first quarter of 2021”, specifies Johan Lozac’h. In total, it expects 400 stations in the coming months.

In France, several manufacturers (Renault, Nissan, BMW and VW) have participated in the Corri-Door project for terminals on motorways, managed since 2015 by EDF, via its subsidiary Izivia. But it closed the vast majority of its terminals in the spring. “The builders each contributed a maximum of 650,000 euros. Most of the project was financed with public funds, with grants from the European Commission ”, notes Gilles Normand at Renault.

Given their cost (between 500,000 and 1 million euros, according to Ionity), these ultra-fast charging stations remain, in fact, long to make profitable. But they can give manufacturers a significant competitive advantage. At the start of the year, Ionity thus sharply increased the charging rates billed to motorists who are not customers of its members. And rumor has it that others, like Audi, intend to follow in Tesla’s footsteps by creating an exclusive network. The rise of the electric vehicle should in any case change the situation.