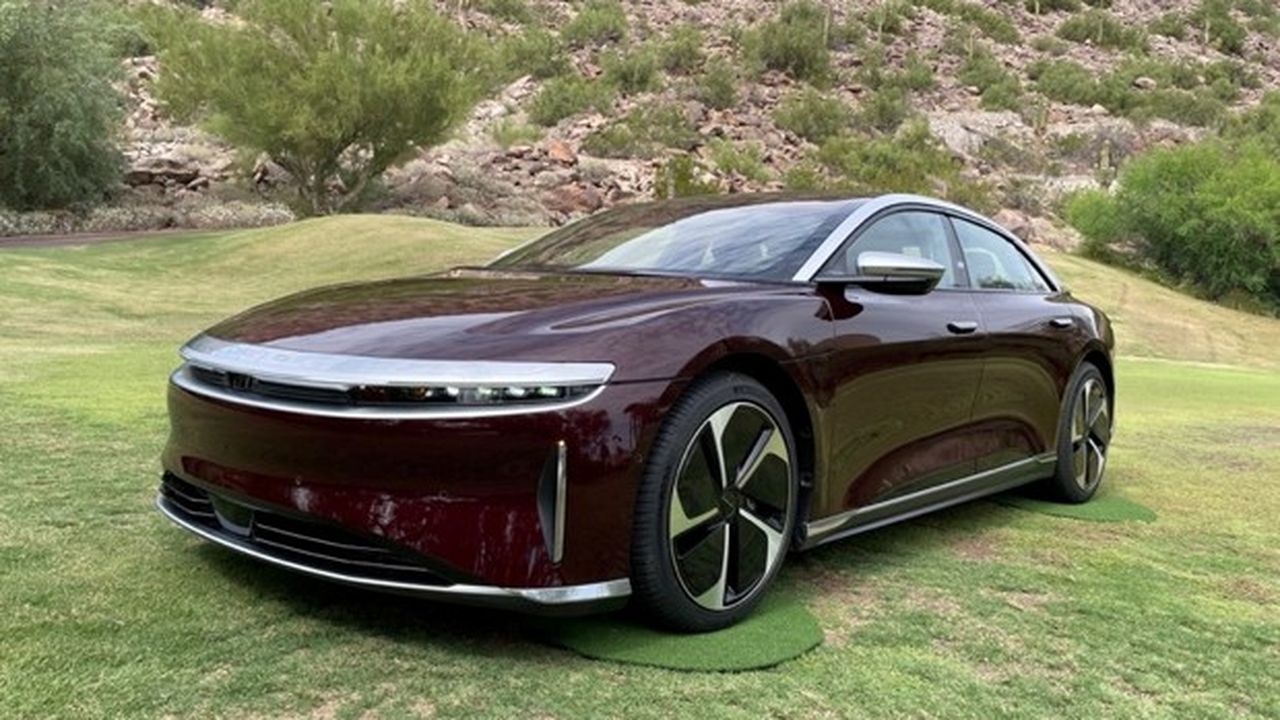 The success was not long in coming. Shortly after announcing a 30% increase in its pre-orders, Lucid took to the New York Stock Exchange.

The action of the automaker, which released its first electric sedan less than two months ago, ended Tuesday’s session on an increase of 23.71%, to 55.52 dollars. It now has a capitalization of around $ 90 billion. More than Ford, which however recently invested heavily in electric vehicles, and was worth 79 billion on the New York Stock Exchange.

It is true that Lucid has accumulated, in recent weeks, the good news. Since the end of September, no less than 17,000 reservations have been recorded by the company. While depending on the options, its electric sedan costs between 77,400 and 169,000 dollars in the United States.

The icing on the cake, Lucid Air, the brand’s first model, was named Car of the Year 2022 by the specialist magazine “MotorTrend” earlier this week. This is the first time that a car manufacturer has won this gratuity with its first model.

Lucid, which again recorded a net loss of $ 524 million in the third quarter on sales of $ 232,000, still expects to produce 20,000 units in 2022 despite supply and logistics issues. And he does not intend to stop there. The company is expanding its only factory to add 265,000 square meters. This should allow it to reach by the end of 2023 a production capacity of 90,000 vehicles per year.

In addition to the characteristics of its model which displays attractive performance (it has received certification from the United States Environmental Agency ensuring that it can travel more than 752 kilometers with a single charge, and up to 837 kilometers for the model the most luxurious), the manufacturer is benefiting from the enthusiasm of investors for certain companies manufacturing electric cars. Like Tesla, who recently joined the small club of companies worth more than 1,000 billion on the stock market.

Rivian, heavier on the stock market than Volkswagen

This enthusiasm also benefits the manufacturer of pickups and vans Rivian. It has more than doubled its value since its IPO, which however only dates from last week.

Rivian, still largely in deficit, plans to deliver only 1,000 vehicles by the end of the year. And yet, its action rose another 10% Tuesday on Wall Street. Now raising its capitalization to some 145 billion, more than that of Volkswagen.

General Motors officially opens its very first zero-emission pick-up plant in the United States on Wednesday. To inaugurate the remodeled version of a 36-year-old factory located in Hamtramck, Michigan, GM will be able to count on the presence of US President Joe Biden. The group led by Mary Barra will deliver its first electric GMC Hummers, the civilian version of the US Army’s all-rounder SUV, by the end of the year.