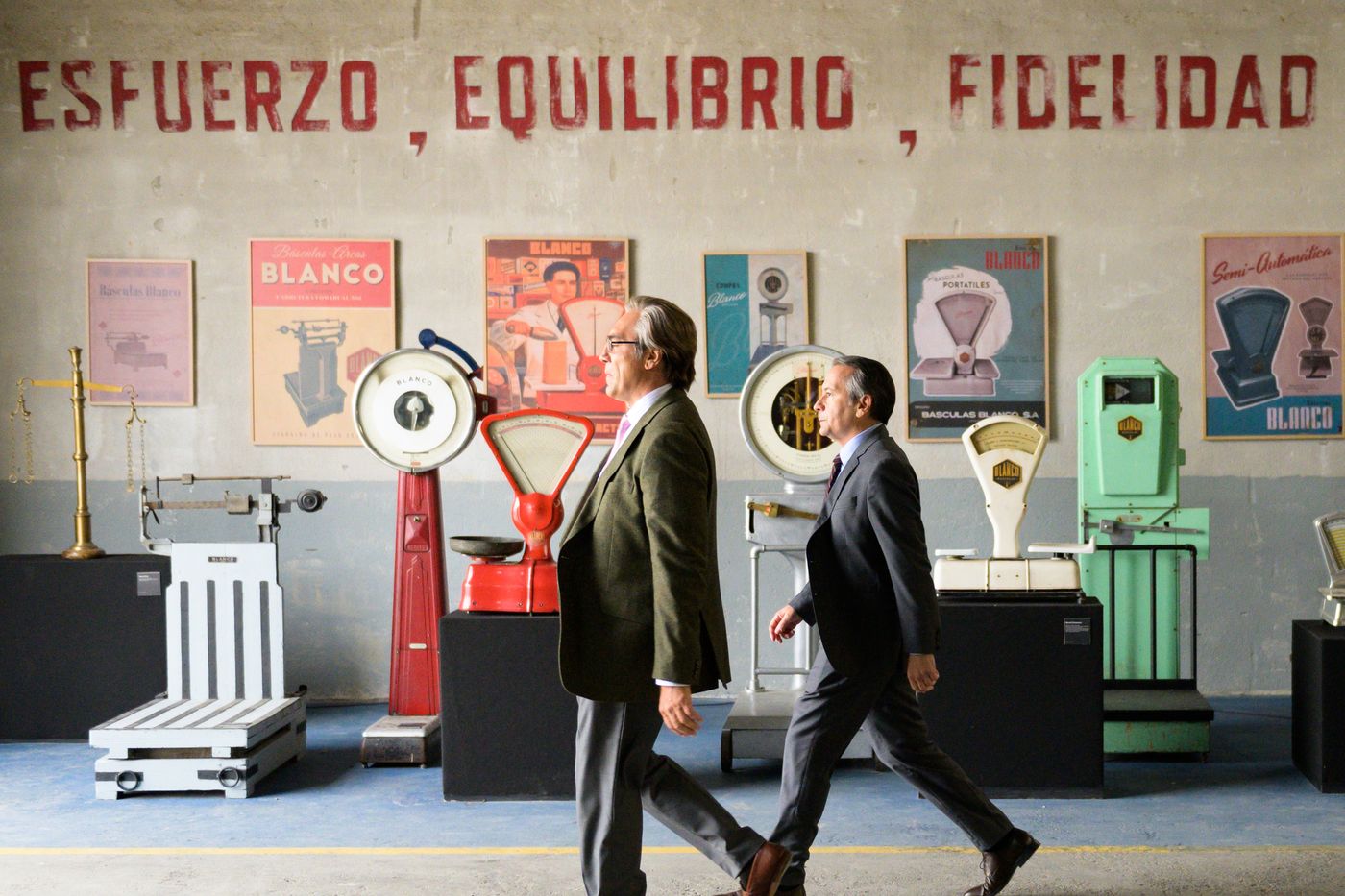 ” Thanks boss ! », the Charlots used to sing. Their parodic spirit could have served as a soundtrack to this hilarious Spanish comedy, a satire of a certain paternalism, embodied by a Javier Bardem at the height of his art.

In his tight clothes as a provincial CEO, who gets involved in everything, takes care of everything, regulates everything, including the privacy of his employees, he is priceless. It is to believe that he was all his life this authoritarian leader, falsely benevolent and omnipresent. Watching him play, one comes to think that it is a documentary drawn from real life, so prodigious is its composition, with its strong presence and worked attitudes, more real than nature.

A business leader reigning over his working-class principality

Juan Blanco inherited the family business of manufacturing precision balances. It applies to implement the motto of the house, well displayed so that no one is unaware of it: “Effort, balance, fidelity”. Hollow words, of course, of which only the first counts. But by holding tight to his cronies, falsely debonair, smile on his face and hand on shoulder, Juan Blanco, reigning over his working-class principality, flanked by laborious and devoted cotton carriers, exposes himself to a few setbacks.

A fired employee arrives with his children, in the middle of a speech of self-satisfaction from the boss to motivate his troops, loudly demanding to be reinstated. Accompanied to the exit with soothing but firm words, he camps in front of the factory gate, insults the boss each time he passes, becomes threatening.

In front of one of his foremen who goes into a tailspin for marital reasons, Juan Blanco does not hesitate to interfere in the life of the couple so that his small business does not suffer from the failure of one of its executives. The stake is important. He is putting his title of best regional company back into play. There is no question of not winning it again. But the arrival of a beautiful trainee shakes up his world well in place and puts it at odds with all its displayed values.

A local and cynical potentate

The scale serves, of course, as a measure to establish the right balance which Juan Blanco overdoes himself. This leader who uses and abuses his charisma does not hesitate to use methods that morality rejects. As you will have understood, this study of mores uses corrosive humor to attack the relationship of class and domination “à la papa”, at the heart of an entity on a human scale where everyone has always known each other. The famous “good boss” freezes the positions and dominates his world by spreading it with his alleged generosity, his misguided humanism.

Chapterd in days of the week, the new film by Fernando León de Aranoa, who is also a documentary filmmaker, is an enjoyable charge on the abuse of power and the fragility of a local, cynical and amoral potentate, who always knows how to fall back on his feet, instrumentalizing his vassals. This rather subtle chronicle is supported by a skilful scenario and the fabulous interpretation of Javier Bardem, once again unrecognizable, of a stupefying and joyful obviousness. A masterful comedy.