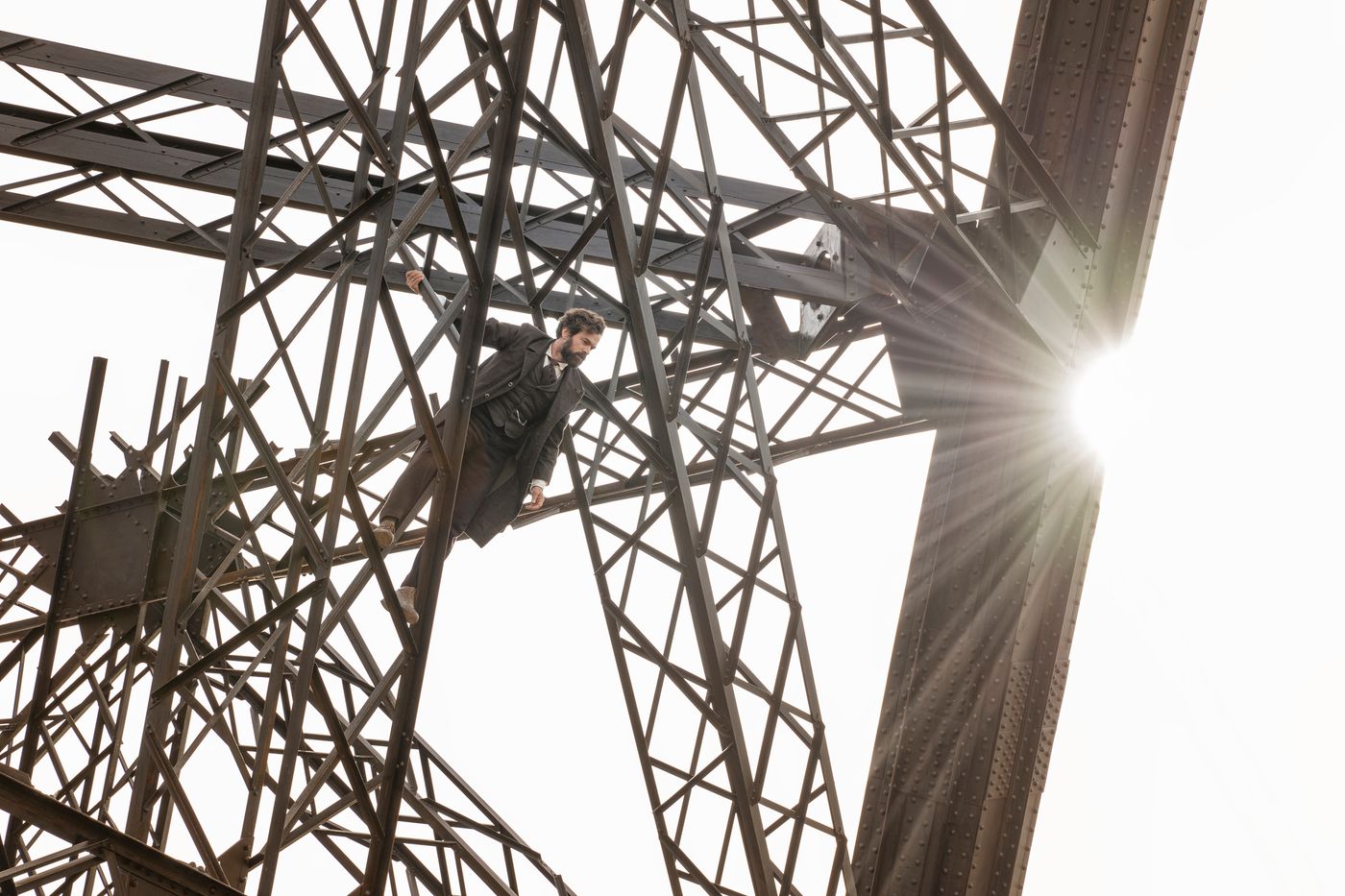 It takes a lot of nerve to seize a national myth and dress its gray areas with fiction. It is the successful enterprise of this film with an undeniable romantic breath directed by Martin Bourboulon who is about to shoot a new version of Three Musketeers. In 1886, the name of Gustave Eiffel is associated with the Statue of Liberty, designed by Auguste Bartholdi, but whose design and construction of the metal structure were carried out in his factory in Levallois-Perret. Encouraged by his engineers to compete for the Universal Exhibition of 1889 with a metal tower, Gustave Eiffel refuses to devote time and energy to a construction as prestigious as it is useless which will be dismantled as soon as the event has passed. He is interested in a project “Useful and democratic“ which will simplify the life of Parisians, the metropolitan network that would serve the entire capital.

The film approaches the territories of fiction when Antoine de Restac, a friend who became a journalist during the two decades when they lost sight of each other, leads the engineer to a dinner with the Minister of Commerce and Industry Édouard Lockroy who is also commissioner general of the Universal Exhibition. It is there that Gustave Eiffel crosses paths with the wife of his friend, Adrienne. In a few words, “We must see more free, more daring“, she convinced him to participate in the exhibition competition: Eiffel announced the project of a tower of a thousand feet, or 300 meters, the highest in the world. An about-face born from his reunion with Adrienne whom he loved madly in his youth.

The Tower survived the critics of the time

From then on, the film draws two threads with the same lyricism: the design and construction of the tower, as well as the relationship between Auguste Eiffel and Adrienne since their meeting in 1860. Symbol of Paris and France, the famous The tower will therefore have survived the 1889 World’s Fair and above all the vehement criticisms of the unbearable ugliness of this steel lacework and its dangerousness for residents and passers-by. The feature film succeeds in the tour de force of impassioning for the technical innovations which made possible its construction on the damp soils of the edge of the Seine, its resistance to the wind despite the altitudes it touches and the thorny assembly of the parts of this Mechanic. gigantic. The higher the tower rises, the more the spectator gasps in front of so much daring and technicality, even if the success of the operation is a matter of relative suspense.

More romanticized and romantic, the thread of his passion for Adrienne is based on a reality: at the age of 28, Gustave Eiffel set about building La Passerelle Saint-Jean in Bordeaux when he fell in love with ten-year-old Adrienne Bourgès. his younger daughter, daughter of a local notable. This part of the story fills a gap – the trigger for Eiffel’s about-face – and a certainty: the former lovers have seen each other again since Gustave’s son married a niece of Adrienne. The scenario seizes on these tangible elements to fly away in a sublime romance.

The feature film may bear the name of an illustrious man and his most emblematic creation, Adrienne plays an equally central role as a great lover with a thwarted destiny. Emma Mackey embodies it, well known to fans of the series Sex education broadcast on Netflix since 2019, and is perfectly at ease in this film in costume. Romain Duris gives him the answer, Gustave Eiffel evident between his lean silhouette and the amplitude of his game, in turn foreman throwing himself into the Garonne to save a worker or haranguing with force his teams over which he watches without cynicism, caring father, charismatic director of a successful business and loving man.

This feature film with assumed grain escapes the dusty reconstitution thanks to a beautiful work on the light and a direction of actors which values ​​the energy of its interpreters. Worn for twenty years by Caroline Bongrand, the screenplay has undergone changes without in any way getting lost in blisters. On the contrary, adventure and flamboyant loves intertwine with clarity and elegance in a great popular film.

1860. Completion of the Eiffel footbridge in Bordeaux, its first major achievement.

April 7, 1862. Marriage to Marguerite Gaudelet, with whom he will have five children. After his death in 1877, he did not remarry.

1866. Acquisition of Ateliers Pauwels, in Levallois-Perret, renamed the Eiffel workshops, which won dozens of large orders for bridges, viaducts and buildings with metallic structures in France and around the world.

1879. Auguste Bartholdi called on him for the internal structure of the Statue of Liberty inaugurated in 1886.