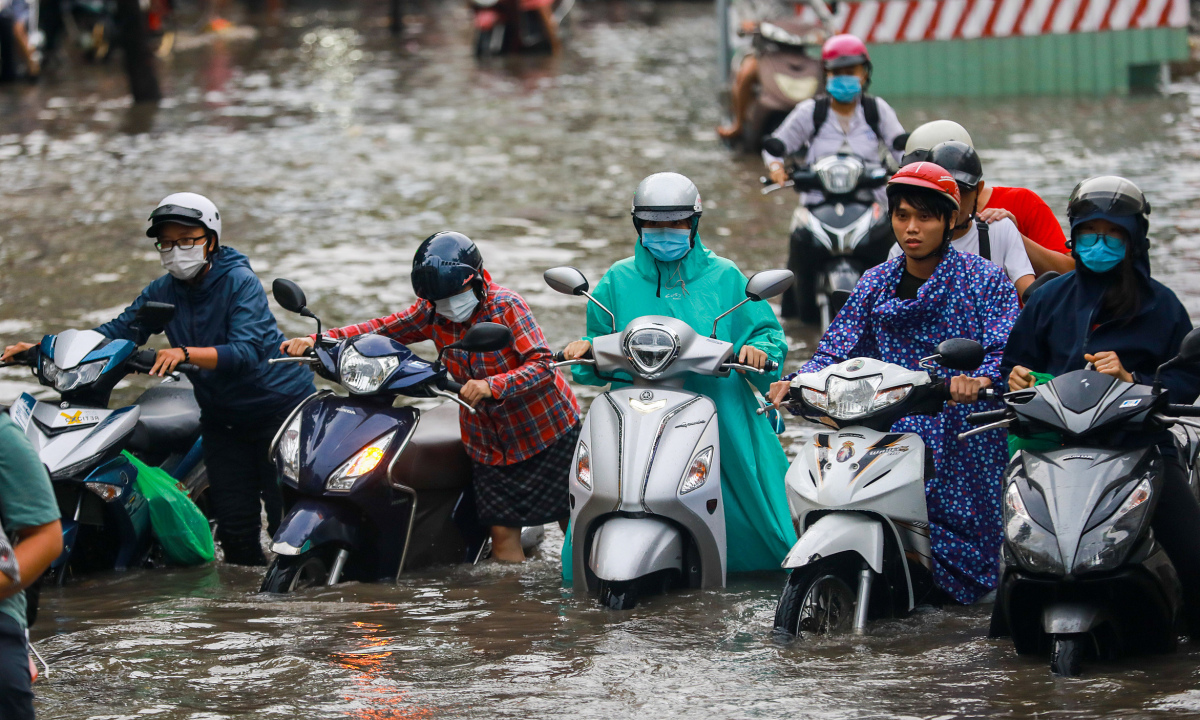 Many scientific studies have found that having to go to work on a long distance can affect the health or lead to the breakdown of marriages of employees.

According to a study published in the American Library of Medicine, in health tests of people who regularly traveled more than 30 km had higher blood pressure and lower heart health. Stress from traffic and sitting a lot, sedentary for many hours can be the cause of this condition.

An article in the American Journal of Preventive Medicine states that the daily commute for long distances is one of the sources of chronic stress related to blood pressure, fatigue and other negative effects on physical health. physical or mental.

Traffic congestion is a common situation when participating in traffic in big cities. Being late, waiting because of traffic jams makes our mood bad. If this situation occurs frequently, it will aggravate depressive symptoms in road users.

According to a study published in the Journal of Public Economics (USA), there is a link between traffic congestion and increased domestic violence. The researchers found that on evenings, when two of Los Angeles’ major highways were severely congested, the domestic violence rate increased by about 9 percent.

The long commute leaves you exhausted and may turn down invitations to meet up. People who regularly take more than 20 minutes to commute are less likely to visit friends and family and exercise, according to a 2008 study, published in the American Journal of Preventive Medicine.

The link between long commutes and social contact fell more for those who commute more than 90 minutes. In contrast, according to a survey of 1,000 American employees, being flexible in choosing a workplace during the pandemic helps them be closer to family.

More than half (58%) said the biggest benefit of not working is being able to spend more time with family. Some other benefits include staying in bed longer (30%), getting more housework done before starting work (14%) and having more exercise opportunities (8%).

A 2019 study of more than 25,000 workers in South Korea found that prolonged commute times, combined with long working hours, increased the risk of sleep problems.

The study concluded that a commute longer than 60 minutes causes employees to sleep less on weekdays. Because of lack of sleep, their activities and productivity are affected the next day.

The long and arduous journey to work can be frustrating. The commute and health study, carried out by researchers at the University of the West of England, Bristol, on 26,000 people, between 2009 and 2015 found that for every 10 minutes extra on the commute, employees are reduced by 19 % of personal income.

Women with long commutes have higher levels of job dissatisfaction than men. The reason is that they have to deal with family responsibilities and take care of children, causing time pressure.

Spouses being apart for long periods of time during the day can have a rift in their relationship.

To find this out, Swedish social geographer Erika Sandow mapped the impact of long-distance travel on married couples, by looking at data on more than 2 million people, ranging from 1995-2005.

She found that those who work long distances are 40% more likely to get divorced than those who work close by. However, this risk is highest in the first year of marriage. If they are used to having to travel long distances to get to work for more than 5 years, the chance of divorce is only 1% higher than the average couple.

Traveling by motorbike to the workplace, you will have to directly inhale the dust on the street for a long time. Even if you’re in a car, you’re still at risk of inhaling ultrafine dust particles.

A study in the journal Atmospheric Environment estimated that 33-45% of people in Los Angeles (USA) are exposed to ultrafine dust while traveling on the road. Ultrafine dust is a cause of pneumonia and an increased risk of cardiovascular disease.

In Vietnam, the proportion of people exposed to ultrafine dust may be even higher, when air pollution in some big cities is often at red alert levels.

Intelligent Update (according to Huffpost)