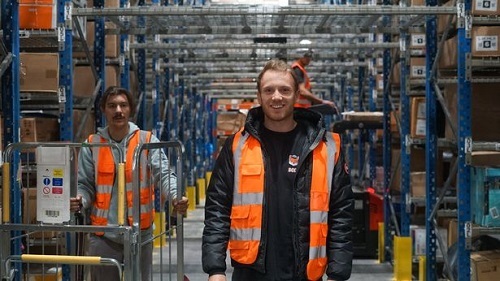 BrotherIn the midst of no market for 200,000 Halloween products due to the pandemic, Jack rented a large warehouse, purchased from businesses, and set up a website to sell at low prices.

In early 2020, the pace of life is still normal, businessman Jack Lear, 27 years old, in Pembrokeshire, Wales plans to do business for Halloween. Just ordered 200,000 costumes when a pandemic broke out, his market was almost nonexistent.

“I realized I dug a pretty big hole to bury myself. I had to go through the storm or gamble to start a new business,” he said. After reading the news that Amazon recruited nearly 10,000 workers because of the online shopping boom during the pandemic, a new idea flashed through Jack Lear’s mind.

“The risk is greater if nothing is done. I’d rather try to fail than watch the business die,” he said with a wry smile.

To be able to switch business, Jack borrowed “the biggest loan possible” and stopped building a house to put all the money and resources.

He invested £ 500,000 to launch an online recruiting platform that specializes in selling discount consumer goods in March. The 27-year-old rented a large warehouse and started selling beard trimmers – which were in high demand in the past. That point is due to the closing of the hair salon. But then, Jack sold 50,000 different products in every category, from home appliances to children’s products, sporting goods and entertainment.

The Welsh guy buys back goods from retailers and merchandise from liquidation companies, with occasional product packaging damage. All discounts are strong. On average, his products are 40% cheaper than normal retail prices.

“My customers don’t care about the broken covers on the outside. They just care how the contents are and how cheap they can be,” explains Jack. After several months of starting a new business, his revenue reached 2.5 million pounds.

Jack started his business career while still a student. After that, he dropped out of school and designed his own fancy outfits, outsourcing China. Some of these designs are copyrighted worldwide. Jack’s mother did not support her son, but was convinced by him.

Currently, the young businessman recruits 35 workers to check the warehouse, check the quality and take pictures of products to post on the website. Many of his employees are young locals, unemployed due to the pandemic.

Jack is managing to recruit 12 more people during Christmas time.