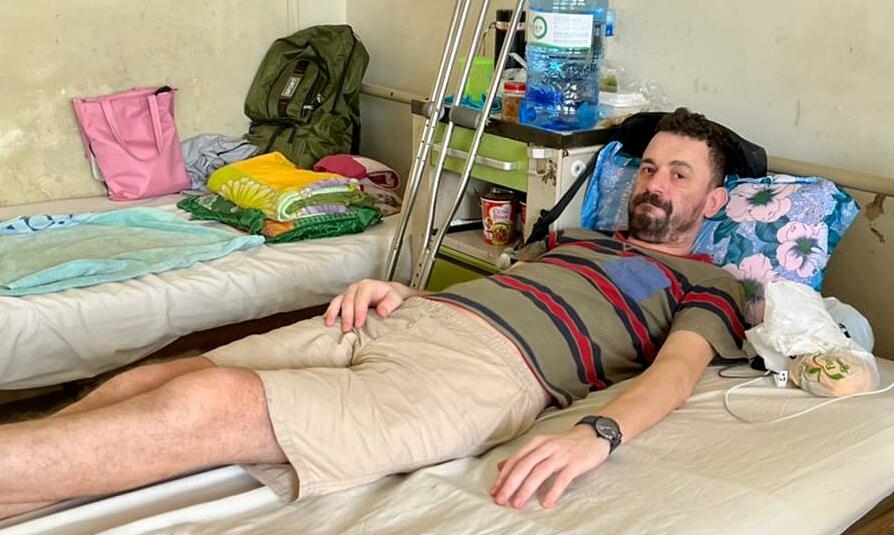 Khanh HoaAfter two days, dozens of unknown people raised more than 30 million dong, helping Roman Borodachev, a Russian citizen who had an accident in Vietnam, in need of early surgery.

Roman Borodachev, 39 years old, has worked as a freelance graphic designer in Nha Trang City (Khanh Hoa) since 2017. On June 12, he slipped and fell on the bathroom floor, breaking his hip. At Khanh Hoa Provincial General Hospital, after examining and taking pictures, the doctor said that he needed urgent surgery, estimated the cost of the operation was about 100 million VND. At that time, Roman only had 12 million dong, so he had to go home and practice on his own in the hope that he could recover without surgery.

But this backfired, and his leg muscles began to atrophy. On July 30, the situation worsened, Roman was hospitalized and relied on some friends for help.

According to a representative of Khanh Hoa Provincial General Hospital, the foreign patient suffered a fracture of the left femur neck, loss of function of the left hip joint, atrophy of the thigh muscle and required surgery to replace the femoral neck. Currently, the patient’s health is stable, only pain in the left hip joint. “Yesterday, the patient was transferred to Orthopedic Trauma Center B for treatment,” he said.

Roman has no relatives, his parents in his hometown have died. When he first came to Vietnam to work, he had a stable income. After two years of Covid-19, the job was precarious and income decreased, so Roman’s savings were no longer available. “The amount of hospital bills right now is too much for me,” Roman said.

Anna Los, a friend of Roman Borodachev, said she had written to the Russian Consulate and the Department of Foreign Affairs of Khanh Hoa province for help. On June 4, Anna also posted his situation on social networks to ask for more benefactors to support. “After the fracture, he was almost motionless but thought these injuries would heal on their own. But the condition was getting worse,” she said.

Anna was very surprised to see that as soon as Roman’s situation was posted on social networks, dozens of strangers transferred money, giving him enough money for surgery. By August 6, the donation amount had reached 30 million VND.

Ms. Kim Dinh, a pharmacy employee in Nha Trang City, said that after knowing Roman’s situation and properly verifying his family background through a foreign friend, she supported him with 500,000 VND. “The amount is not large, but hopefully he will receive a lot of help so that he can get surgery soon,” Dinh said.

Roman said that he felt very touched and surprised because he received many greetings and help from Vietnamese people. “I was very afraid of being seen as a burden for everyone, but being encouraged, I also felt somewhat secure,” he said.

Readers who want to contact and help Roman Borodachev can find information here.