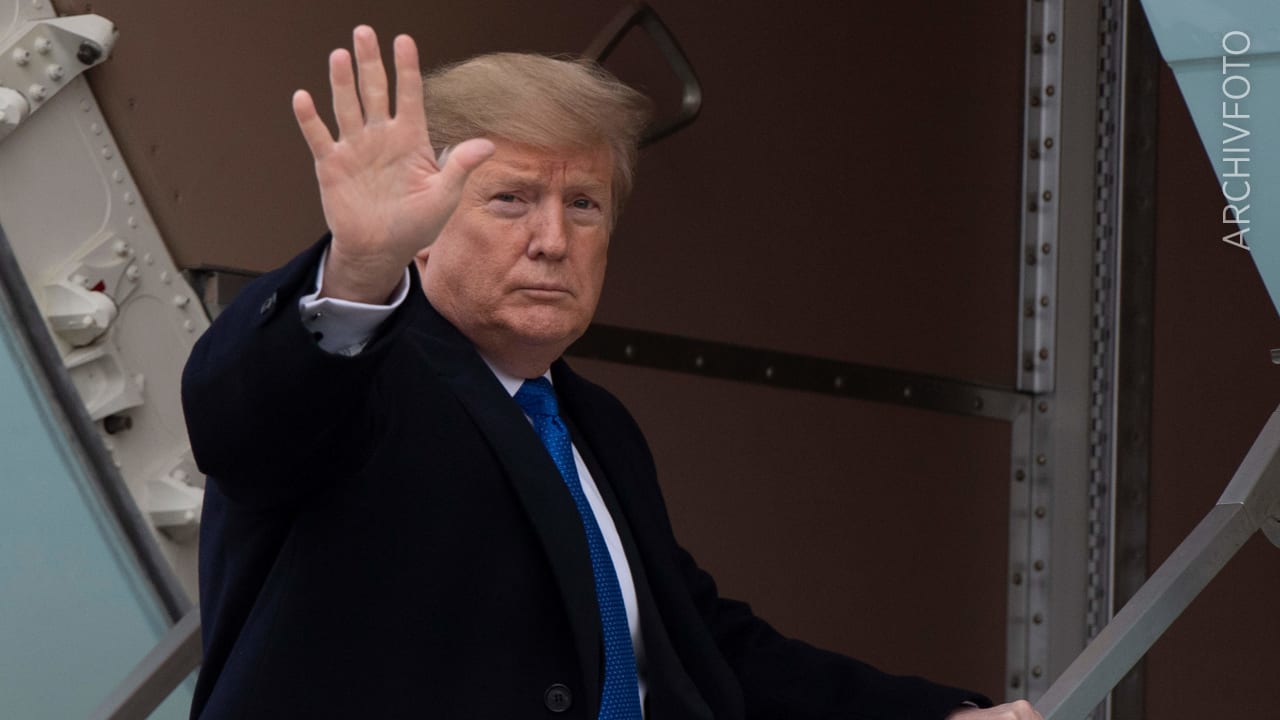 Ex US President donald trump was traveling by private plane on Saturday, actually wanted to go to his luxury property Mar-a-Lago in Palm Beach (Florida). But nothing came of it.

Because: Due to engine damage, the jet had to make an emergency landing, as the online magazine “Politico” reports, citing informed circles.

The machine had to return to the city’s airport around 20 to 30 minutes after taking off from New Orleans in the southern state of Louisiana on Saturday evening due to an engine failure.

Trump planes to Palm Beach after an appearance in front of Republican Party donors. According to “Politico”, the party leadership organized another plane for the former president’s return flight after the emergency landing near a donor.

Trump was on board the Dassault Falcon 900 aircraft, as well as advisors and employees of the former president and bodyguards from the Secret Service.

Even after losing to Democrat Joe Biden in the November 2020 presidential election, Trump is still the strongman among the Republicans. The 75-year-old right-wing populist is still very popular with the conservative base. Again and again he brought up a new presidential candidacy in 2024.

In recent weeks, Trump has made shocking headlines, primarily by praising Russian President Vladimir Putin amid the Ukraine crisis. He referred to Putin before the start of Russia’s war of aggression against the Ukraine incomprehensibly as “brilliant” and “clever”.

After the Russian invasion of the neighboring country, Trump described the war as a “terrible catastrophe”, but again called the Russian president “smart”.

During the speech in a luxury hotel in New Orleans last Saturday, Trump had, according to the “Washington Post” a real Gaga idea: The US should simply mark US fighter jets with Chinese flags and then bomb Russia. “And then we say, ‘China did it, we didn’t do it, China did it.’ And then they fight each other and we sit back and watch.”

Are you a US political expert?