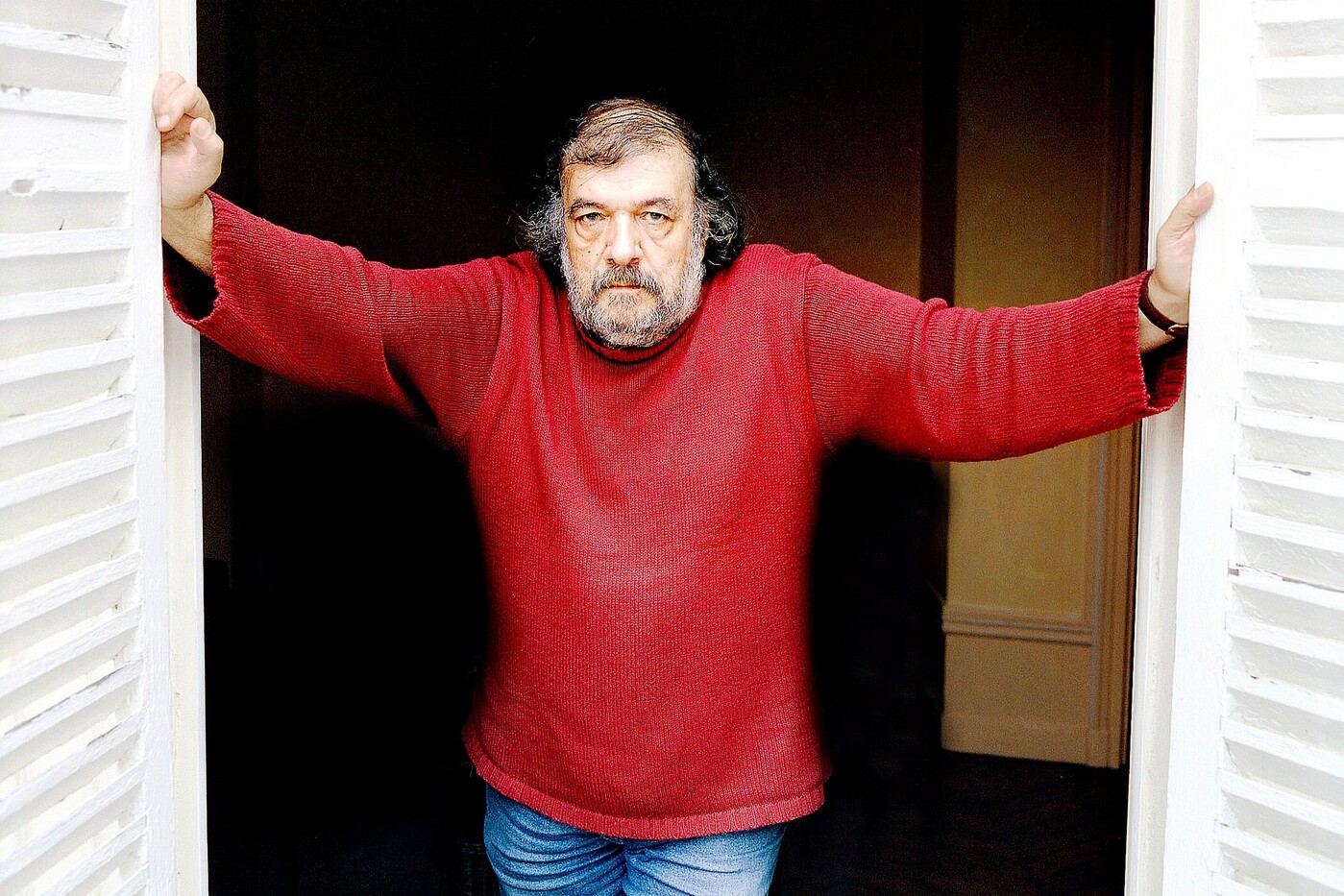 Seated on the terrace of a neighborhood bistro near Montparnasse, William Karel, a collar of gray beard and imposing build, looks like Noah. In the winter of life, time is running out for those who have made it their mission to save the history of the Shoah from oblivion. About fifteen of his documentaries (La Rafle du Vel’-d’Hiv,Auschwitz album (s), Until the last …) revive the painful history of the Jewish people.

“I regretted not having used many documents that I kept on my computer”, he explains in a soft voice. He then proposed to France Culture to compile testimonies of Jewish prisoners and SS soldiers, and to have them read by actors. No pathos, no comments, no archives.

→ CRITICAL. The Shoah told by those who lived it, on France Culture

Thus, “La Diaspora des cendres” (1) was born, an exceptional sound documentary narrating the relentless mechanics of dehumanization. “I had to do it”, he sums up gravely. He shares this need for the duty of remembrance with his wife, director Blanche Finger, whose grandparents were murdered by the Nazis in Poland during the war. A television adaptation will air in early September on LCP. The same voices of the Comédie-Française (Mathieu Amalric, Elsa Lepoivre, Denis Podalydès…) will read the words of the victims and executioners of Nazism on “Still shots of the Birkenau camp, filmed by day and by night”.

At the same time, William Karel, conjuring his “Fear panic” of the epidemic by a bulimia of work, completed The World According to Trump broadcast in October 2020 on M6. There he questions a dozen leading characters, in a mechanics of the story of high precision. “My pleasure is to find a dozen direct witnesses who can say I saw, I was there. To sit down with them and ask questions ”, enthuses this storyteller of reality, fascinated by the wings of power, and who claims to give his opinion. Washington is his favorite playground. “The American witnesses speak because they know they will not return to power. “

In a previous documentary, CIA, secret wars, He feels “A jubilation” when the former plant manager, Richard Helms, tells him that he found on his desk “A paper with, marked: you are going to get rid of Allende …”. To obtain such revelations, William Karel has set up an infallible method.

For an hour-long interview, he prepares thirty questions, ten of which are identical to recount an event in several voices, and ten essential ones that he repeats until an answer is obtained. He transcribes them and keeps “One page in font 12” for a five-minute interview. “After that, it’s child’s play! “, he assures us by showing us a notebook containing the assembly plans of his last ten films, with its color code to cross the interviews.

During the two months of preparing a documentary, William Karel can read the 35 books of Philippe Roth, or dissect the IMF reports. “The little I know comes from the movies”, those he made and those he saw, confides this renowned documentary filmmaker, who has a painful crack. “I had to leave school at 10 to help my mother with the jewelry store, after my father passed away. It is the tragedy of my life not to have studied. Despair. I don’t sleep at night ”, confides this great modest, who grew up in Bizerte, near Tunis.

Arrived in France in 1964 at the age of 23, he worked for four years at Renault, while taking evening photography courses at the Vaugirard School. The new observer agrees to hire him if he equips himself with a device and a studio. Penniless, but rich in a solid film culture, he won the game show “Monsieur Cinéma” hosted by Pierre Tchernia. Thus began his career as a photographer.

A decade in a kibbutz

The following decade, he spent it in Israel, in a kibbutz where he met his wife, then worked as a photo-reporter. When he returned to Paris in 1980, Raymond Depardon, “the god of photography”, called him. “I thought it was a joke, then I worked for ten years at Gamma, then three years as a still photographer at Sygma “.

He meets François Truffaut, Gérard Lauzier, and especially Maurice Pialat (to whom he will devote a documentary next September on Arte), who makes him take a camera and hires him as a screenwriter. “It was the best place to learn how to make fiction films! “, he said with sparkling eyes. He will only realize one, April’s fool, on the life of an editorial staff in the aftermath of the shock of April 21, 2002: the victory of the FN in the first round of the presidential election.

Twenty years later, where is France? This is the subject of the documentary that William Karel, unable to take a vacation, is preparing for a broadcast in the spring on Arte.

Thanks to a projectionist uncle in Bizerte, Tunisia, William Karel sees and re-examines the films of the fifties. As a teenager, the young autodidact creates with his friends a local film library in the same city.

“All I’ve learned in life is seeing movies. They make you want to read, listen to the works of music composers… ”. At the beginning of September, Arte will broadcast its tribute to Maurice Pialat. “I owe it to him. I was his photographer. He had me take a camera, then hired me as a screenwriter on “Police” ”.