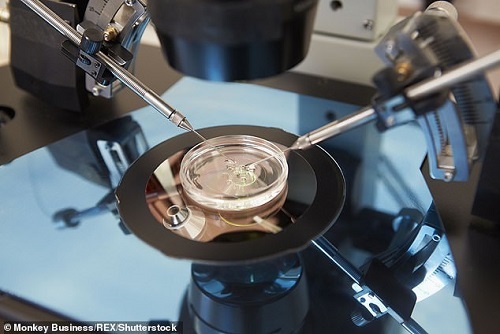 NetherlandsJan Wildschut – obstetrician at the Sophia Hospital in Zwolle voluntarily used her sperm to conceive at least 17 women between 1981 and 1983.

The truth is only revealed when one of the children checks the DNA for a match of Wildschut’s granddaughter. Widschut’s 17 children are connected. They then contacted relatives of Wildschut and Sophia Hospital (now known as Isala Hospital) to announce the incident at the end of last year.

Wildschut’s children agree, it is important that they know who their biological father is, at least to avoid unwanted relationships between siblings.

Hospital representatives said that considering an ethical perspective, Isala does not accept an obstetrician and gynecologist to donate his sperm to the patient. They created Dr. Wildschut’s donation profiles to help the fertilized babies determine if he is their biological father.

Mr. Ina Kuper, hospital director, said he was “completely shocked” to learn the truth. “We feel a responsibility to solve the problem,” said Ina Kuper.

Currently, 17 children do not require hospital responsibility. They were close to each other and Wildschut’s family, but said the treatment was “morally wrong”.

Dr. Wildschut’s family said they did not know what happened. Meanwhile, a mother who received sperm donation also said she loved her doctor very much because she was “friendly, dedicated and honest”. During the course of treatment, she never doubted him.

This is not the first time that a Dutch fertility doctor has been exposed to the use of his own sperm to fertilize a woman. Last year, DNA results confirmed that Jan Karbaat, a doctor in Rotterdam, fathered at least 49 children without informing infertile couples that he was using his own sperm.