(Sports News, Tennis News) Novak Djokovic’s name suddenly appeared on the list of players attending this year’s US Open even though he has not met the requirements for a Covid-19 vaccine.

Video Novak Djokovic and his wife and children have a fun summer vacation at the beach in Montenegro:

After winning Wimbledon this year to claim his 21st career Grand Slam title, Novak Djokovic is relaxing with his wife Jelena Ristic and their two children on a beach in Montenegro.

The Telegraf newspaper on July 21 published short video clips recording the scene where the former world No. 1 tennis player had relaxing moments with his family when he canoeing, kayaking and even windsurfing at the resort. this famous.

After winning Wimbledon 2022, Djokovic and his wife and children went to Montenegro for a summer vacation at sea

In the meantime, an unexpected information related to Novak Djokovic has just arrived. On July 20 (local time), on its homepage, the organizers of the US Open (US Open) 2022 announced the list of players attending the last Grand Slam tournament of the year taking place from August 22 – 11/8 at the Flushing Meadows hard court tennis complex (New York, USA).

Notably, in the men’s singles, Novak Djokovic is still named even though the player who has just fallen to 7th place in the world has not yet received the Covid-19 vaccine and does not meet the mandatory requirements of the US Government for any citizen. Any foreign country entering the country of flags. 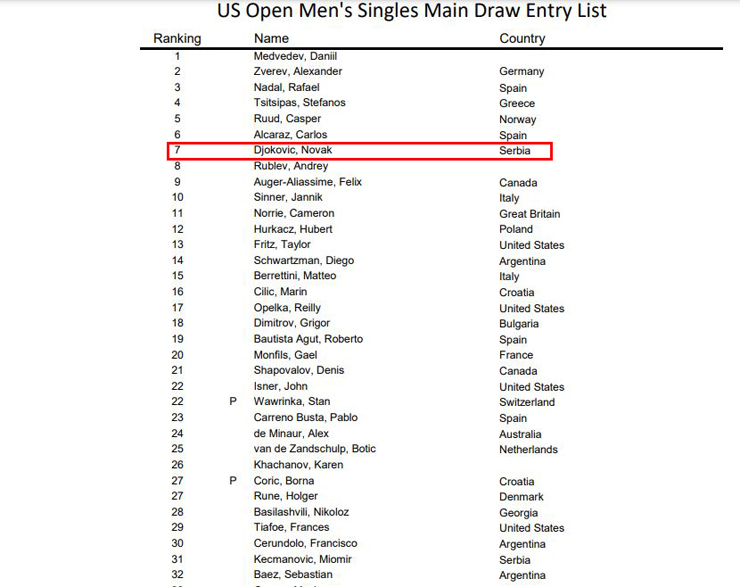 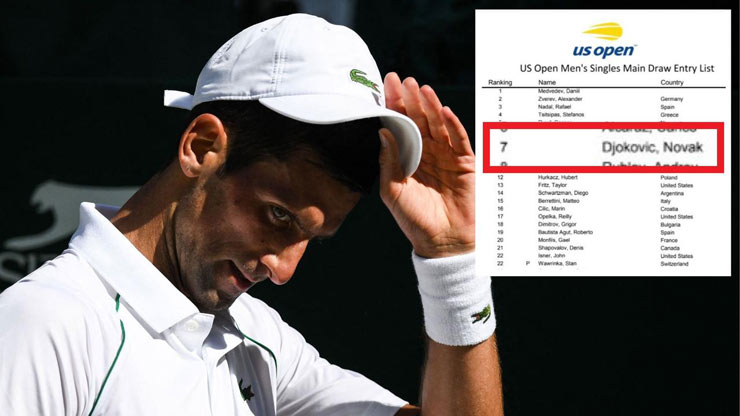 Nole was suddenly named in the list of players attending the main round of the upcoming US Open, although he did not meet the requirements for a Covid-19 vaccine to enter the US.

Before that, because he did not meet the same requirements, Djokovic was stripped of his visa by the Australian government and expelled from Australia, causing him to be banned from attending the Australian Open 2022 for not complying with epidemic prevention rules earlier this year.

After defeating Nick Kyrgios 3-1 in the last Wimbledon final, Djokovic also doubted his ability to attend the US Open starting at the end of next month because he did not meet the requirement for a Covid-19 vaccine passport to enter. entry to America.

Although Novak Djokovic is on the list of players attending the US Open 2022 according to the official website of this tournament, it does not mean that he will be able to go to New York to compete at this Grand Slam if he does not receive a Covid vaccine. -19.

According to The Guardian, it is only customary for Djokovic to be on the list above, but does not guarantee a special slot for him to enter the US to attend the tournament in which Nole is the reigning runner-up. A recent statement from the organizers of the US Open 2022 states: “According to the Grand Slam rules, all eligible players are automatically entered into the main round draws of the men’s singles event. and women’s singles based on the rankings 42 days before the first Monday of the event.”

“The US Open does not have a mandatory vaccination policy for players, but this tournament will respect the position of the US government regarding domestic travel for non-US citizens. unvaccinated”.

With the above announcement, it is understandable that if the US Government still does not allow foreign nationals who do not have the Covid-19 vaccine to enter the country, the organizers of the US Open 2022 will remove Novak Djokovic’s name at this year’s tournament if he does not vaccinate. to comply with epidemic prevention principles.

At the US Open last year, this Serbian star lost to Russian tennis player Daniil Medvedev after 3 sets with a score of 4-6 and missed the opportunity to capture all 4 Grand Slams in the same calendar year. 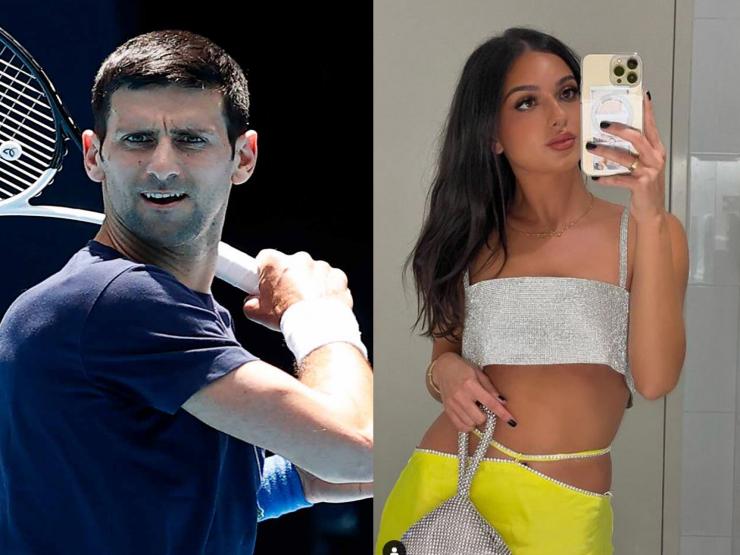 (Sports News, Tennis News) Weekly Tennis Newsletter from July 12-18: Novak Djokovic received bad news when besides possibly being absent from the US Open, it is highly likely that he will also be blocked from attending a…