(Sports news, tennis news) The CEO of the Australian Open 2022 issued an “ultimatum” to Djokovic about vaccination regulations, while the former coach advised Nole to get rid of the “I”.

The Australian Open 2022 will take place in January 2022 in Australia, but at this time, the story of the world No. 1 tennis player Novak Djokovic’s Covid-19 vaccination is still a topic of interest.

According to regulations from the Victorian state government (Melbourne city, the venue for the Australian Open in this state), international tennis players need to be fully vaccinated against Covid-19 before entering Australia. However, in the media, Djokovic stated that he did not disclose his vaccination status, because according to the Serbian tennis player, it was personal information. On November 28, Craig Tiley, executive director of the Austrlaian Open, once again confirmed that this rule would not change. Djokovic’s participation in the tournament means that the number 1 player in the world has declared his vaccination status:

“One thing’s for sure, if Novak goes to the Australian Open in January, we’ll know if he’s vaccinated or not. Any player, regardless of position, has to present proof that they’ve been vaccinated. Fully vaccinated, even upon arrival in Victoria This is not a common requirement in many parts of the world, but we always support and follow directions from local health organisations, the Government. “, quoted Tiley on SEN.

In addition, Mr. Tiley also revealed that 85% of the players eligible for the Australian Open complied with the vaccination regulations: “Six weeks ago, only 50% of athletes globally were vaccinated. Because the athletes are Independent individuals, not under the supervision of any organization, so they can do what they like.

To date, more than 85% of athletes are vaccinated. The organizers appreciate that because we set requirements for vaccination to be able to participate in the tournament. It is hoped that between now and January, the number of players who comply with the regulations will increase from 95% to 100%. Otherwise, you are not eligible to participate in the Australian Open.”

Obviously, the Australian Open without Djokovic is a scenario that no one can imagine, including former coach Boris Becker, who has always given Nole absolute support. The former tennis player who won 9 Grand Slams affirmed that Nole needed to go to “kangaroo country” because of his 21 Grand Slam record and 10th Australian Open championship.

“I can’t imagine Djokovic not making it to the Australian Open, how passionate he is to exercise, how much he loves tennis, even aiming for a record of 21 Grand Slams. The Australian Open is the best Grand Slam and the best of the bunch. Here, Djokovic has won nine times. Why can’t he dream of a 10th championship?”, quoted Boris Becker on Eurosport Germany. On the other hand, Boris Becker also took the case of German football star Joshua Kimmich (Bayern Munich), the latest athlete infected with Covid-19 after refusing to be vaccinated to warn Nole: “Djokovic stated that sharing the love Vaccination status is a personal matter, not someone else’s business. I support this view. But if he wants to participate in the tournament and follow in the footsteps of Joshua Kimmich, he has to follow the general rules.” 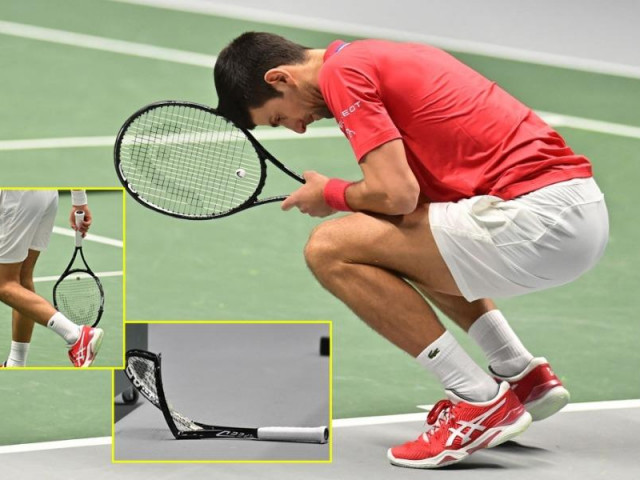