(Sports news – Tokyo Olympic tennis news) The media was surprised, mixed with regret when Djokovic lost to Zverev, thereby missing the appointment with the gold medal (HCV) of the Tokyo Olympics and the Golden Slam.

Video of Djokovic’s defeat to Zverev in the Olympic semifinals:

Novak Djokovic’s ambition to conquer the “Golden Slam” (winning 4 Grand Slams and Olympic gold in singles in 1 year) has gone up in smoke after his shock defeat to Alexander Zverev in the Tokyo Olympic men’s singles semi-final. Despite winning 6-1 in the first set, Nole suddenly slacked off and let Zverev come upstream in the next two sets (6-3, 6-1). After the match, the media expressed surprise and regret when Djokovic failed. The homepage of the Association of Tennis Professionals (ATP) emphasized, Nole was unable to become the first male player and the next after female tennis legend, Steffi Graf (1988) to win the “Golden Slam”.

Meanwhile, the New York Times (USA) said that this defeat is “unbelievable” if you look at what Djokovic has shown at the Tokyo Olympics as well as the first half of the 2021 season: “After 3 Grand Slam consecutively, Djokovic is very determined to become the first male player to win the Golden Slam.

This goal became even more obvious when neither Federer nor Nadal attended. In fact, Nole also did not lose a set during the opening games of the Olympics, equaling Federer’s record of 13 Olympic victories, even winning the first set of a semi-final.”

NBC (USA) affirmed that the Olympics was not a “good land” for Djokovic when he repeatedly missed an appointment with gold for the past 13 years: “At the age of 34, Djokovic won a bronze medal in men’s singles at the 2008 Beijing Olympics, losing to Juan Martin Del Potro. at the London 2012 Olympic bronze medal match and stopped in the first round of the 2016 Rio Olympics”.

Tennis Head said that even Zverev, the winner, was surprised by this result: “After scoring the decisive point, Zverev burst into tears and must have wondered what just happened.” 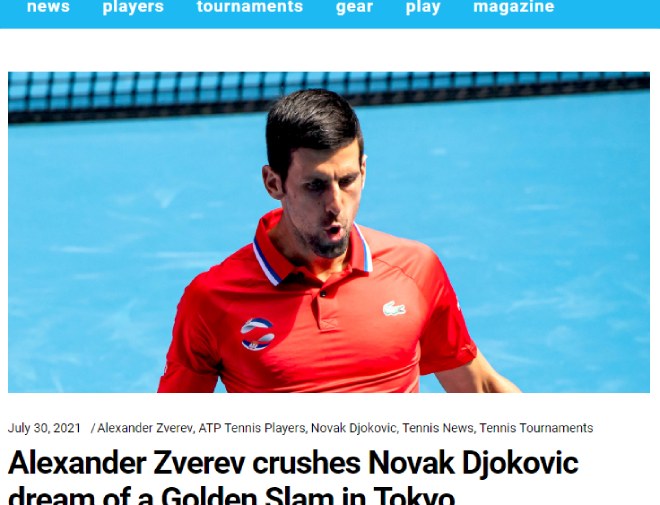 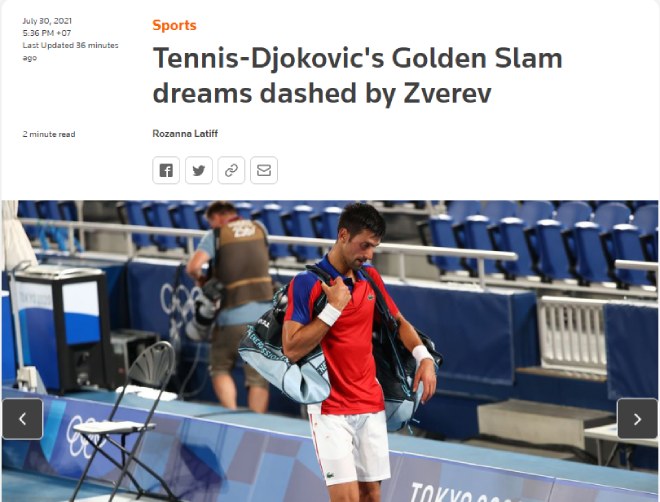 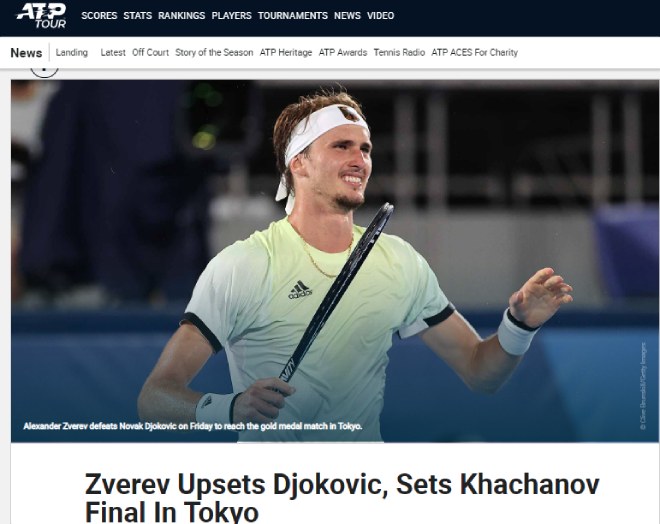 Zverev was the one to stop Nole .’s ambition to become the first male player to win a Golden Slam