(Sports news, tennis news) Djokovic has positive thoughts after being back on the tennis court.

Video Djokovic beat Musetti in round 1 of Dubai tournament:

After the scandal of being expelled from Australia, thereby losing the opportunity to win the 10th Australian Open and touch the Grand Slam 21, Novak Djokovic had a successful opening match at the ATP 500 Dubai Championship taking place in the UAE. 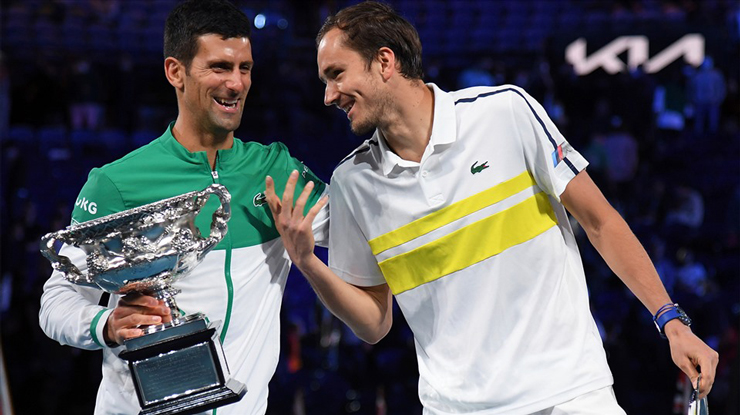 Beating Italian player Lorenzo Musetti after 2 sets with a score of 6-3, Djokovic won tickets to the second round with comfort in form and positive psychology. In the post-match interview, Novak made very happy comments when reporters asked questions related to the Australian Open, Rafael Nadal, Daniil Medvedev.

Nole was expelled from Australia, facing the risk of not being able to play here for 3 years because of not being vaccinated against Covid-19 and lying when declaring at the airport, but the Serbian tennis player is still very optimistic.

The world No. 1 confided: “Of course, no one wants such things to happen, all that happened is hard to forget, but I want to return to Australia in the future. I want to play again. on Rod Laver Arena”.

Djokovic was not present, partly helping Nadal to lose a strong opponent, thereby winning the 21st Grand Slam in Australia, but when asked about this, Nole had a completely different opinion.

“4.5 months ago he (Nadal) was on crutches after surgery but now he has more Grand Slams. It’s unbelievable. I respect him very much. I don’t want people to think because I am not present. that’s why he won the championship, the effort helped him win”, Nole respected Nadal’s victory.

In the Grand Slam race, Djokovic has dropped one place and the Serbian will also drop to 2nd in the world tennis rankings if Daniil Medvedev wins the Mexican Open this week.

Djokovic has to defend 500 points in Dubai, so if he wins this tournament, his score will remain the same, whereas Medvedev will win all 500 points if he takes the throne at the ongoing Mexican Open. If he can do this, the Russian tennis player will usurp the world No. 1 without caring about Nole’s results in Dubai.

When the reporter asked about the risk of losing No. 1, Novak was also very happy, he said: “It’s in his hands (Medvedev’s chance to become No. 1). He deserves the No. 1 spot. Sooner or later things will happen. If this happens next week, I’ll be the first to congratulate him.”

Winning tickets to the second round of the Dubai Championship, Nole will face the winner of the match between Alex De Minaur (Australia) and Karen Khachanov (Russia).

Medvedev is the number 1 seed of the Mexican Open event in Mexico, he will face Benoit Paire (France) in the first round at dawn (February 23). This event brings together the top stars in men’s singles, including Alexander Zverev (Germany), Stefanos Tsitsipas (Greece), Matteo Berrettini (Italy) and even Rafael Nadal (Spain), who defeated Medvedev in the Australian final. Open 2022. (Tennis video, Novak Djokovic – Lorenzo Musetti, round 1 of Dubai Tennis Championships) The world No. 1 player marked his return with an easy victory.