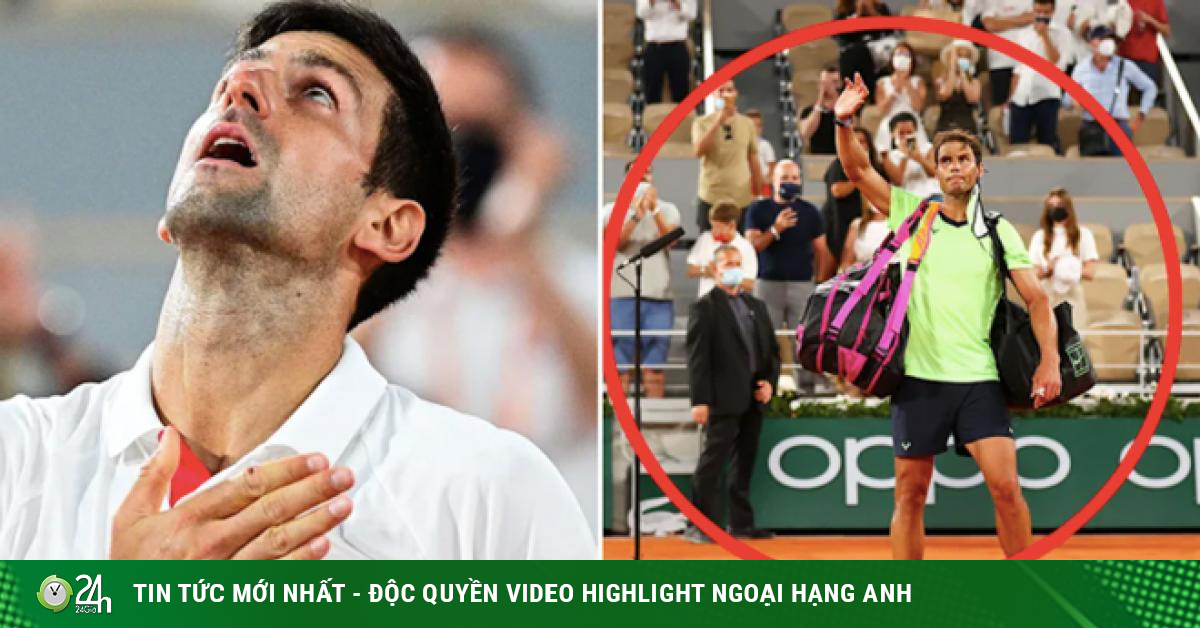 Due to the impact of the Covid-19 epidemic, before the tournament, the organizers of Roland Garros issued a “curfew”, matches taking place after 9pm in France will have no audience. This has been applied throughout the previous matches, but when Rafael Nadal faced Novak Djokovic in the semi-finals, the rules had to be revised twice.

Initially, the audience was “extended” for an additional 2 hours (until 11 pm), but then the organizers had to “please” for the fans to stay and watch the top-notch competition. According to The Sun (UK), this “extraordinary” decision was probably thanks to a phone call from French President Emmanuel Macron at the G7 summit in Cornwall.

The organizers then announced the good news to the fans at the stadium: “At the request of the top national leaders, you can stay to watch the match until the end of the match.”

Previously, the audience chanted “we don’t want to leave the field” and they were like “broken” after receiving the announcement from the organizers. Instead of leaving, 5000 lucky spectators inside Court Philippe Chatrier were able to fully enjoy Djokovic’s “upstream” performance against Nadal.

After 4 hours and 11 minutes, Nole took the final ticket of Roland Garros against Tsitsipas on June 13. The Serbian world number 1 is facing the opportunity to win the 19th Grand Slam of his career, besides Nole can also go down in tennis history, becoming the first player in 50 years to win at least 2 times. at each Grand Slam.