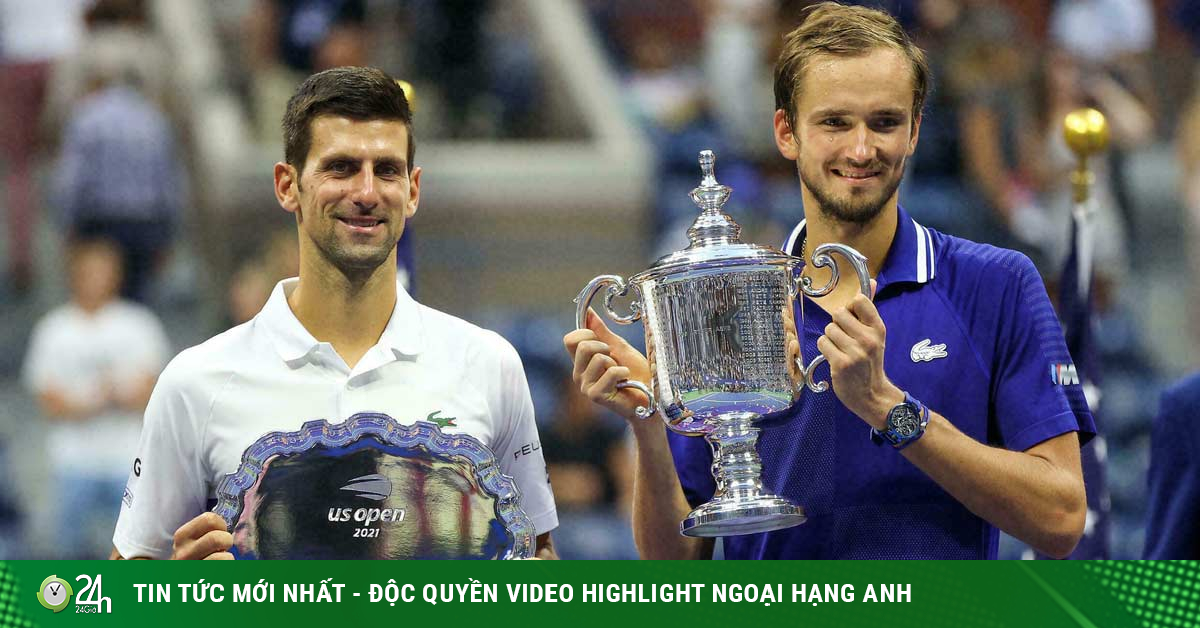 (Sports News, Tennis News) Weekly Tennis Newsletter from October 19-25: Novak Djokovic can end Daniil Medvedev’s efforts when competing for the title of world No. 1 player this year with him when they attend the Paris Masters Upcoming. Meanwhile, Alexander Zverev has just had harsh words aimed at midfielder Gerard Pique (Barcelona).

Djokovic – Medvedev to compete for world No. 1 in 2021: Easy to arrange at Paris Masters soon

Since losing to Daniil Medvedev in 3 sets in this year’s US Open final, Novak Djokovic has not attended any more tournaments. However, in the near future, the Serbian star will return by competing in 3 year-end tournaments including Paris Masters (1-7 November), ATP Finals (November 14-21) and Davis Cup (November 25). – 5/12). 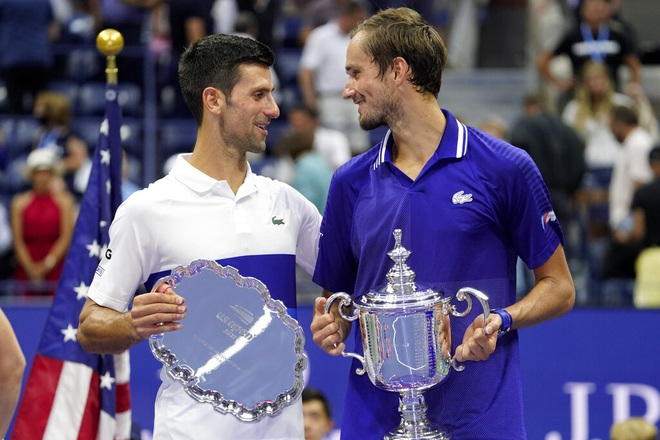 Novak Djokovic early morning won the world No. 1 male tennis title this year in a fierce competition with Daniil Medvedev

Currently, Novak Djokovic is leading the ATP rankings with 11,430 points, currently ranked second is Daniil Medvedev with 9,630 points. The distance between the two sides is 1,800 points.

According to Marca’s calculations, Djokovic can soon close the 2021 season with the world No. 1 male tennis title right at the upcoming Paris Masters without waiting for the ATP Finals.

That scenario will come true if Nole wins the Paris Masters or he reaches the final, while Medvedev (the defending champion) fails to do so. Or another case is Djokovic into the semi-finals, while Medvedev did not successfully defend the throne at the last ATP Masters tournament this year, Nole will also soon become the world No. 1 player when the 2021 season closes.

Djokovic is aiming to overtake American tennis legend Pete Sampras to become the first male player in history to finish seven times the year as world No.

Zverev decided not to return to the Davis Cup, speaking out against Pique

The new version of the Davis Cup men’s team tennis cup was born in 2019 based on the same format as the World Cup in football. This tournament was born from the idea of ​​​​the Kosmos company, run by the famous midfielder Gerard Pique (Barcelona).

Recently, Alexander Zverev has confirmed he will have the 3rd year in a row not participating in the new Davis Cup version. The Tokyo Olympic champion has also directed his criticism towards Pique.

Speaking to Mundo Deportivo, Zverev said: “You can’t ruin the history of tennis just for the sake of money. That’s what makes me sad. You have to change the current format of this tournament (Davis Cup). I’m the one who always keeps my promises.”

Paula Badosa has become the second Spanish representative to win tickets to the WTA Finals, the tournament that brings together the best 8 female tennis players this season taking place in Guadalajara (Mexico) from November 10-17 alongside her compatriots. Garbine Muguruza. This is a worthy reward for the beauty of Catalunya after she just won the WTA Indian Wells championship a week ago. For the first time in 21 years, Spain’s women’s tennis has two representatives at the WTA Finals in the same season after the case of Arantxa Sanchez Vicario and Conchita Martinez in 2000.

Video of beauty Paula Badosa defeating Victoria Azarenka to be crowned at Indian Wells on October 18:

Rublev soon won tickets to compete in the ATP Finals

As confirmed by the ATP Tour homepage, Andrey Rublev has just become the fifth male player to win an early ticket to the ATP Finals 2021 after Novak Djokovic, Daniil Medvedev, Stefanos Tsitsipas and Alexander Zverev. After many years of being held in London (UK), the tournament bringing together the best 8 men’s tennis players of the season will be held this year at the Pala Alpitour indoor hard court in Turin (Italy) from 14-21. /11. 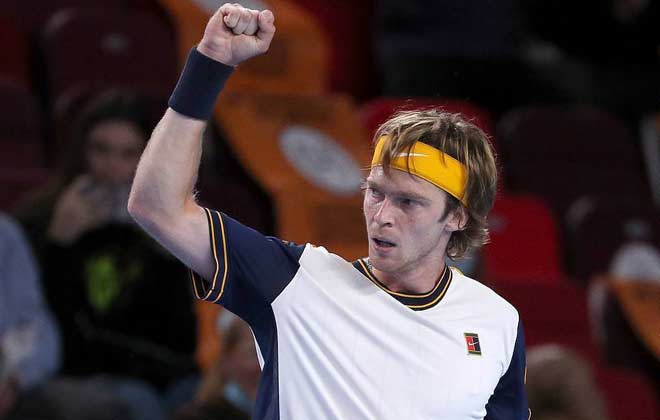 Speaking on the ATP Tour’s homepage, Rublev said: “I am very happy to be back competing in the tournament of the best eight players in the world. This is a unique and prestigious tournament. I can’t wait to play in Turin.”

The defending world No. 3 Stefanos Tsitsipas will attend the ATP 500 Vienna Open this week. This is the second time the Greek “Morning Star” has competed in the indoor hard court tournament in Vienna (Austria) after he lost to former ATP Finals 2017 champion Grigor Dimitrov after three years last year. It is quite interesting that this year, they will rematch in the first round of the Vienna Open. 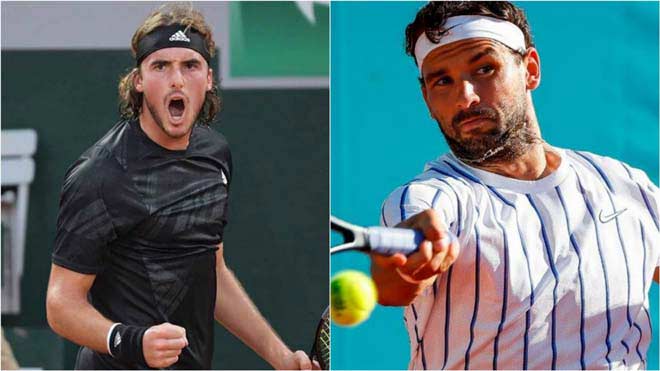 Tsitsipas is aiming for a third title in the 2021 season after winning the Monte Carlo Masters and Lyon Open. Alexander Zverev will also compete at this year’s Vienna Open. 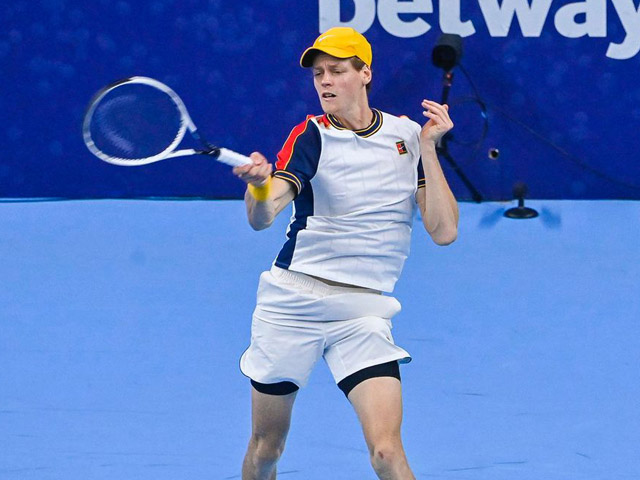