(Sports news, tennis news) Novak Djokovic lost in the quarterfinals of the Dubai Championship, thereby officially losing the world No. 1 position to Daniil Medvedev next week. Djokovic wished his opponent, then he still remembers the horrors in Australia at the beginning of the year.

From the end of 2021 until the Dubai Championship 2022 taking place in the UAE, Novak Djokovic will have the opportunity to compete officially. Due to not being vaccinated against Covid-19, the number of events that Djokovic can attend will be limited, less competition means that his performance is affected and that may be the main reason why the Serbian tennis player lost painfully in Dubai. The Serbian went through two rounds quite smoothly with a 6-3 6-3 victory over Lorenzo Musetti and a 6-3 7-6 (7-2) victory over Karen Khachanov. In the quarterfinals, the challenge to confront Jiri Vesely, the Czech who is ranked 132nd in the world, was not too difficult, but Nole played underpowered, losing 4-6, 4-7 respectively and yielding tickets to opponents. reach the semi-finals.

After the game, Nole told the media: “Unfortunately, this is not my day. I congratulate Jiri. Today he played better than me. He made good shots and served very well. good. He was consistent throughout the game. I try to play well, I mean play as well as possible, but he is still very good. The victory for Jiri is completely deserved.”

An early defeat in Dubai caused Nole to successfully defend his 500 points (in the quarterfinals, he only defended 90 points, Nole lost 410 points). In contrast, Daniil Medvedev played well at the Mexican Open, with his ticket to the quarterfinals of the tournament in Mexico, the Russian tennis player officially usurped Novak’s world No. 1 position early next week.

Djokovic lost the first place but still holds the record of holding 361 weeks at the “top” of tennis in the world. Russian tennis player, Medvedev became the first person who is not “BIG 4” (Federer, Nadal, Djokovic, Murray) to be number 1 in the world, since February 1, 2004.

Speaking on Serbian television after the defeat, Djokovic still has not stopped being bitter about what happened before the Australian Open 2022 when he was expelled from the country of Kangaroos.

“I was humiliated, my image turned ugly to the world. I did all that was asked of me before coming to Australia, and wondered why other people get a medical exemption and I don’t. ?

I can’t forget what happened in Australia, it’s always in my head. What I do is accept and move on. You will never see me shirk responsibility, or avoid any questions. I’m not hiding anything,” Nole confided.

Nole said he continued to stand firm: “I know that people will continue to criticize me for my decision not to vaccinate. I respect everyone’s decision, I hope that everyone will respect their decision. I don’t think I put anyone in danger. It was my decision, and I’m aware of the consequences because not everything is in my hands right now.”

Djokovic has registered to attend Indian Wells taking place on March 8 in the US, but this tournament requires players to be vaccinated against Covid-19. Therefore, the Serbian tennis player is not sure about whether to attend or not. 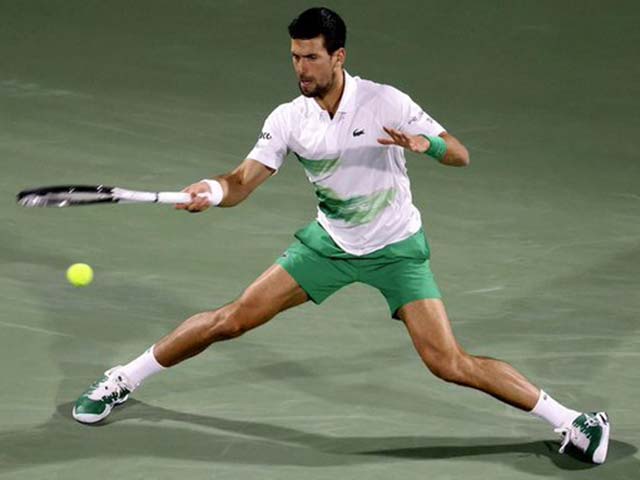 (Video tennis Djokovic – Vesely, quarterfinals of Dubai Championships) Djokovic must win if he does not want to lose the No. 1 ATP position.