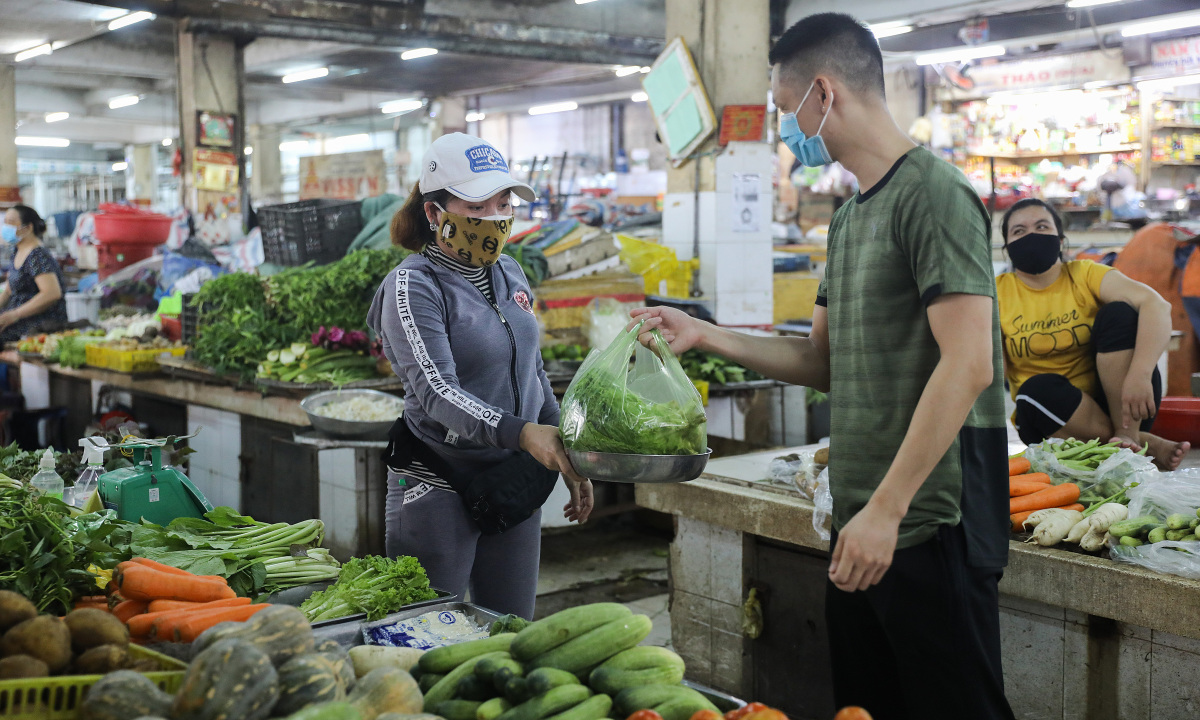 HanoiFor nearly a week now, Quoc Trung has parked a fixed taxi at the station waiting for the switchboard to call, instead of running around looking for customers as before.

On March 11, after 7 consecutive increases, the price of gasoline increased to nearly 30,000 VND per liter, the highest level ever. “I don’t know if the ceiling drama has increased or not yet,” Trung said.

According to his calculation, at this price, if he collects 100,000 VND of freight, he will spend 40,000 gas bills, 25% higher than in December 2021. On average, each month in China will cost about one million more. Before, on average, a taxi driver like him earned about 500,000 VND a day. After two years of the pandemic, income fell by more than a third. Now that the price of gasoline increases, the number of customers is less, and the income decreases sharply.

Feeling sorry for gasoline, he abandoned the habit of running to find customers at the hospital gates or office areas as before, even though he knew that lying in one place, there were fewer customers.

”Not only gasoline, everything also increased in price. I go to the market like I’ve dropped money,” said Thu Phuong, a worker in Dong Van industrial zone, Ha Nam province. She cited that before Tet, it only costs 15,000 VND for two vegetables to eat all day, but after Tet the amount. that can only buy one because the price of green vegetables, fresh food increased by 5-20%, seafood also increased by 20-30%.

“Now I have to add 10,000-15,000 VND for food every day. It sounds like a little, but it costs me nearly half a million VND for the whole month,” Phuong said and said, with a salary of 6 million VND, of which the rent is 800,000 VND accompanied by feeding. With a small child, all expenses must be carefully calculated, but if the increase in essential items continues as in the past, she is afraid that there will come a time when “there is nowhere else to count”.

Every time she went to the market, when she heard the price increased, Phuong asked the seller and received the same answer: Gasoline increased, transportation costs increased, so the price of goods could not stand still. According to the General Statistics Office, the consumer price index (CPI) in February increased by 1.42%. The main reason is the increase in petrol and oil prices in line with world fuel prices, plus food, food, and beverage prices that increase during Tet. Also in February, gasoline prices increased sharply by 5.8% compared to January, causing CPI of transportation group to increase by 2.35%. Traffic is also the group with the strongest increase in the basket of goods.

Nguyen Thu Minh, a small fruit shop owner in My Dinh, Nam Tu Liem shared: “Before I transported strawberries from Son La to Hanoi for only 50,000 VND a box of 10 kg, now the price has reached 100,000 VND. The freight for transporting a ton of fruit from the West to Hanoi was only 2.5 million VND, now the price has increased to 3.4 million VND.

Minh said, because the freight rate is so high, she has to apply it to the selling price, because if it doesn’t increase, it’s considered no profit.

Survey of VnExpress Recently, in 9 essential commodities, except for pork prices which decreased slightly, rice prices increased slightly, all other items increased strongly by double digits compared to a year ago. In another survey with over 23,000 respondents, inflation pressure with soaring prices was one of the 10 biggest economic fluctuations last year. Escalating commodity prices make consumers’ wallets severely eroded.

According to Dr. Pham Khanh Nam, Dean of the Faculty of Economics, Ho Chi Minh City University of Economics, an increase in gasoline prices will increase transportation and production costs, as well as the prices of goods and services. “Essential items will therefore be pulled up, reducing people’s living standards,” said Mr. Nam.

Wishing to maintain a fixed spending level since prices escalated, every day Viet Ha – living in the same hostel as Phuong – cuts down on spending money to go to the market by 10,000 VND, to compensate for the increased gas and gas costs. For example, instead of buying three ounces of meat, she bought only two, plus two pieces of braised tofu. Before, she liked to buy carp and carp, now she switched to tilapia or persimmon…

“Go to the market, buy whatever is cheap,” Ha said, having to do that to cover four people, who only depend on the couple’s workers’ wages.

When the gas price went up to half a million a bottle from the beginning of March, Ha also switched to an induction cooker except when frying vegetables. However, it is only a temporary solution because she is paying 4,000 VND for some electricity according to the rent. The mother of two predicts that, if gas prices continue to rise, she may return to using a honeycomb charcoal stove, even though she knows it’s harmful to health.

Unable to wait for an overnight change, taxi driver Quoc Trung is looking for another job, at the age of 43. He said that when the epidemic broke out, then the price of gasoline increased like a gallop, 30% of public drivers drove. you have quit your job. Neutral will return to his hometown to work as a security guard or a day worker in an industrial park near his home, jobs he said: “Doesn’t affect too much when gasoline prices increase.”

After Tet waiting forever “not seeing the top” of gasoline prices, Tien Tho, an office worker in Nam Tu Liem district, Hanoi changed his car or went by motorbike for a distance of 7km to the office. Previously, he poured about 1.3 million to fill the gas tank, now up to 1.7 million. “In the near future, there may be an increase even more,” Tho predicted.

However, this man shared, must always learn to adapt to all changes. He compared, the price of gas is like a storm, when it hits, people can’t do anything but adapt.

“Instead of complaining, save from reality. It is possible to replace cars with motorbikes, buses, even bicycles. It is important to know how to give up old consumption habits and adjust towards savings. more,” he said.