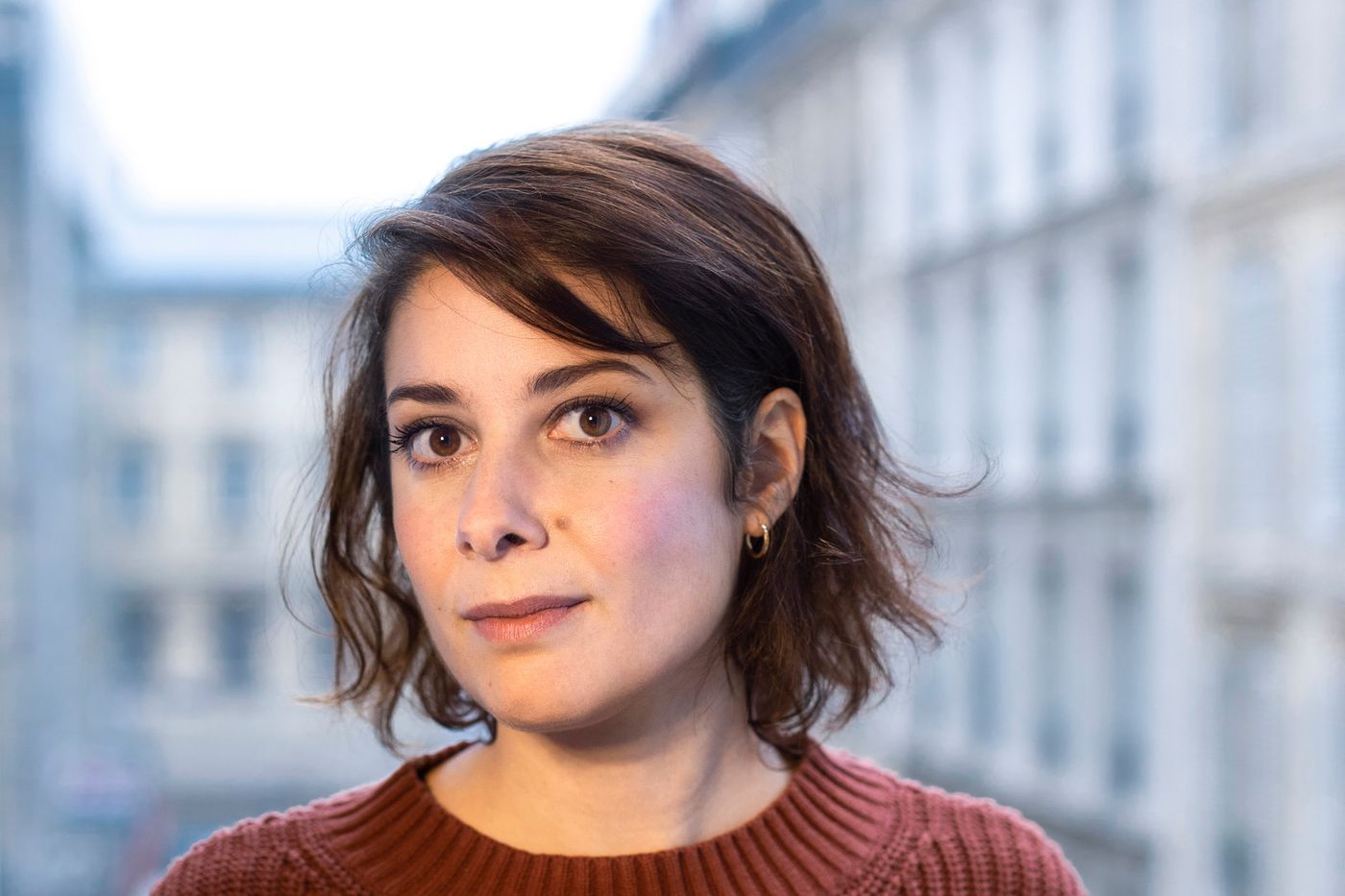 It is in a café a stone’s throw from Saint-Julien-le-Pauvre, a Melkite Catholic church located opposite Notre-Dame de Paris, that Chloé Mazlo has her habits. “I really like this place: it is there that I shot the wedding scene between Alice and Joseph, the two main characters in my film. I often go to light candles there, but it doesn’t have too much of an effect …“, she smiles.

The sparkling thirtysomething yet knows how to accomplish small miracles. The latest is his first feature film, Under Alice’s sky, romance between a Swiss nurse (Alba Rohrwacher) and a Lebanese astrophysicist (the playwright Wajdi Mouawad) in what was still Eastern Switzerland, during the years 1950 to 1970. Or the story of two lunar beings in a region solar gradually fractured by war.

A work that harmoniously combines animation sequences full of fantasy and real shots far from any naturalism. Inspired by the life of her grandparents, this poetic, burlesque and tender film is a continuation of the work of Chloé Mazlo, who likes to make her life and that of her family the stuff of her cinematic dreams.

From her studies at Decorative Arts in Strasbourg in the early 2000s, she learned to tinker with “Animated poems” without dialogues. In his graduation film, Love drives me (2007), she stages her own emotional ruptures through strong images: the heart of a grieving Chloe literally leaves her body …

“The pixilation came about naturally. This technique of animating real actors or objects filmed frame by frame allowed me, with what I had on hand, to get straight to the point quickly. “ What was originally only a special artisanal effect became a vocation for Chloé Mazlo, whose initial ambition was to make graphics. An art that she still practices as a talented jack-of-all-trades, designing digital applications and games between two films.

In 2006, she embarked on a sort of pilgrimage to Lebanon, the country of her parents, where she only visited twice in her childhood. “They had left Beirut thirty years earlier, during the civil war, and I wanted to go the other way by train. It was a way of reliving their uprooting, of feeling the long path of exile from the East to the West.“

An initiatory journey that she recounts in Deirut (2010), still in pixilation, like his next film, The Little Pebbles (2014). Chloé Mazlo exposes her existential anxieties there, as heavy as a packed suitcase and as painful as small stones in the stomach… The film does not have a good career in festivals, but, against all expectations, it obtains the César for the best animated short film in 2015.

With Under Alice’s sky, she launched a new challenge, that of telling Lebanon through the story of a couple in a longer story, which she first imagines entirely animated, before changing her mind. “Animation is an art of the ellipse, a metaphorical language that allows complex ideas to be expressed in just a few images. For example, the Switzerland where Alice comes from is represented in models to indicate the rigidity of this country that she seeks to flee. But the use of this technique throughout the film would have ended up creating a distance with the viewer. “

→ THE FACTS.Potholes and dark neighborhoods: Is Beirut sinking?

Mixing real shots and animation, his project frightens more than one, but seduces Frédéric Niedermayer, the producer of director Emmanuel Mouret. “By making a mixed feature film, I also wanted to show that Lebanon is a country rich in its multiculturalism, too often referred to as the source of its misfortunes. “ Poetic licenses, the animated sequences are rarer as the film progresses, before the civil war comes to fracture the country and split the couple. “The animation brings humor and magic, all things that fade between Alice and Joseph, consumed from within by the conflict. “

This disenchantment, which is at the heart of Chloé Mazlo’s other films, is also that experienced by her grandparents, nostalgic for a lost paradise, that of Lebanon from the 1950s to the 1970s. “These disillusions are also those of today’s generation, the one who sees their dreams fade away with the chronic economic crisis, made even worse after the explosion of the port of Beirut”, sighs the filmmaker, who hopes to show Under Alice’s sky under milder skies.

His inspiration: “The Wolf and the Dog”, or the price of freedom according to La Fontaine

Chloé Mazlo is not a child of the ball but her mother was a music teacher and her father, a frustrated artist. “He is a jeweler but would have liked to be a writer. He did not have the means to embark on this path. He always pushed us to follow through on our choices, and when we complained, my brothers and I, he would recite us The Wolf and the Dog, La Fontaine’s fable on the price of freedom. “ Other notable influences, those of Jan Svankmajer, Czech director of surrealist animated films, Michel Gondry, handyman of crazy films and Pierre Étaix, clown and genius of burlesque and absurd humor.