Not long ago, the Vietnamese Futsal team was awarded the Fair Play Award to honor their dedication and noble playing style, especially the top performance at the 2021 World Cup. Let’s “decode” the journey. Up, the success of Vietnam Futsal comes from a rather picky subject.

Magical journey at the World Cup

Vietnam’s Futsal team opened the group stage not really well with a strong 1-9 loss to Brazil. However, the red-shirted warriors partly left their mark with the spirit of hard work and a beautiful goal.

Leaving behind the defeat against the 5-time world champion team, coach Pham Minh Giang’s teachers and students quickly regained their spirits to play extremely well and had a 3-2 victory over Panama. The victory has a key meaning to open the next opportunity for the country’s Futsal.

In the last match of the group stage against a very strong opponent, the Czech Republic, with the goal of getting points, the VN Futsal team once again played very well, fought hard and won 1 valuable point to get a ticket to the first round. /8 World Cup 2021.

In the 1/8 round, the Vietnamese Futsal team continued to maintain the spirit and play properly to force the highly-rated Russian opponent into a difficult position. Twice the Vietnamese team scored and made the world runner-up wobble. Although still receiving a narrow 2-3 defeat, the performance of the red-shirted warriors surprised the whole world, completely shaking off the silhouette of the team that had suffered a 0-7 defeat to Russia.

On its homepage, FIFA praised the Vietnam Futsal team, calling the performance of coach Minh Giang’s teachers and students “historic” and could completely leave the tournament with their heads held high. In addition, the Asian Football Confederation (AFC) and many major newspapers in the world have given “winging” words to the Vietnamese team.

Compared to 5 years ago, the play and performance of the Vietnamese team at the World Cup in 2021 is much more impressive, showing remarkable progress as well as a rich source of genres, which is commendable despite the players’ experience. through a prolonged epidemic. To maintain such a physical resource, the first contribution must be to HDBank’s efforts to organize the national championship.

The makeover of Futsal VN, with the “predestined relationship” with HDBank

As an extremely picky subject, since the participation of sponsor HDBank in 2017, the National Futsal Championship has become a very organized, professional, vibrant, special playground. is to attract more viewers.

During the past 5 years, the presence of HDBank has helped the two biggest Futsal tournaments in Vietnam, the National Championship and the National Cup, improve significantly in quality, becoming an attractive playground for leading Futsal clubs. compete in the national championship and turn the previously empty stands into a vibrant and full of audience “festival”. 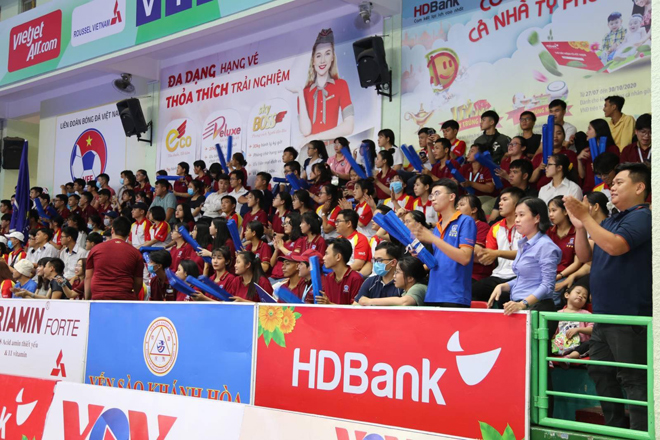 According to the tournament organizers, each HDBank National Championship Futsal tournament always attracts the cheers of more than 60,000 spectators to watch live and more than 1 million followers via social networking applications. The increasingly crowded stands have been and will promote the development of the movement and expertise of Futsal Vietnam even further.

Even in the context of the COVID-19 epidemic, Vietnam still successfully organized the 2021 National Futsal Championship in the context that international tournaments were canceled. This helps professional players to play regularly, contributing to maintaining the form and fitness for Vietnamese Futsal players to shine at the World Cup.

Not only that, the increasingly professional investment of the clubs as well as the organizers has made the tournament increasingly competitive. Obviously, HDBank showed its “cool hand” during the time of sticking with the country’s football.

Not only investing in Futsal, HDBank is also known as a very cool sports sponsor, in which the highlight is the annual HDBank International Chess Tournament. Since 2011 until now, this famous tournament has attracted nearly 1,400 international players from 41 countries on 5 continents. 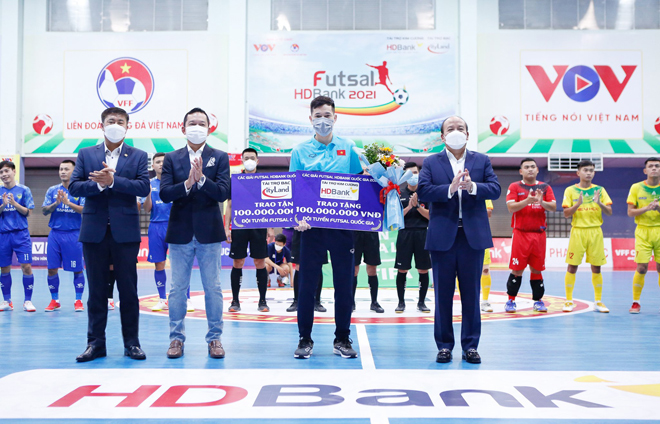 In particular, Prime Minister Vu Duc Dam once remarked when he received the President of the World Chess Federation (FIDE) Arkady Dvorkovich on the occasion of his visit to Vietnam and attended the opening of the HDBank international chess tournament: Chess is a rare sport model of Vietnam named in the world sports map.

The head of the most powerful chess organization in the world also affirmed that the contributions of the HDBank International Chess Tournament and the efforts of HDBank have brought the “Vietnamese intellectual brand” far into the world chess village.

Also from this playground, many names of Vietnamese chess such as Le Quang Liem, Nguyen Ngoc Truong Son, Vo Kim Phung, Pham Le Thao Nguyen… have the opportunity to rub themselves against the world’s top players to become a leader. to step up to the top of the international arena.

HDBank’s significant contribution to Vietnamese sports is undeniable, especially in the success of Vietnam’s futsal or chess.

Certainly, experts as well as fans hope that the relationship between HDBank and Futsal in particular, as well as with Vietnamese sports in general, will become stronger and stronger so that the country’s sports will have more and more prizes. quality, methodical competition with a desirable audience.