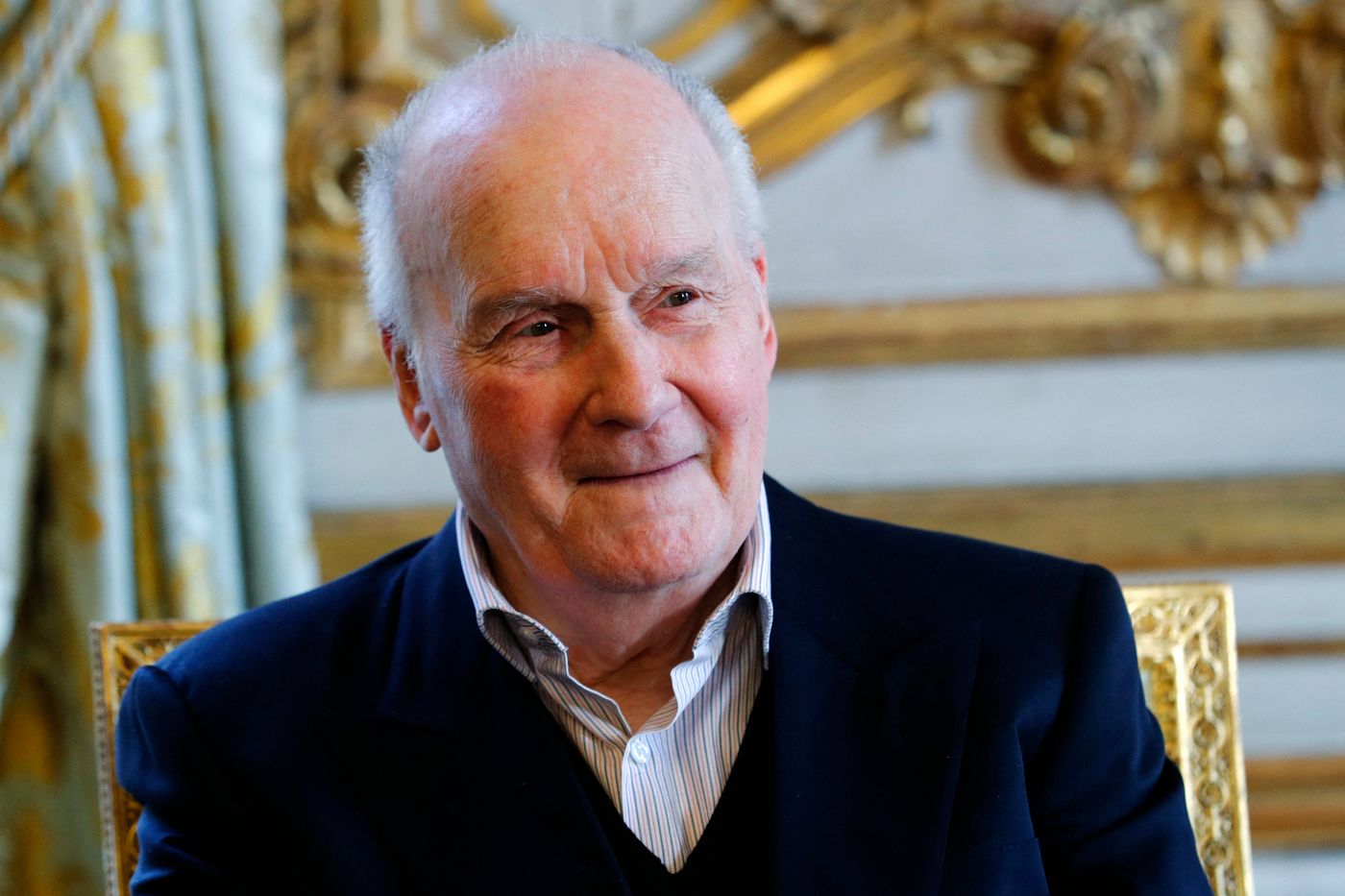 He was the honest man of the theatre. One of his most illustrious servants. You should have seen him at the moment of the greetings, hopping, frolicking, multiplying bows and rounds of the leg with malice, transfigured, contaminated, without worrying about his age, by the happiness of a child who emerges from the actor.

Michel Bouquet died on April 13, leaving a public in mourning who will never forget him. Using all registers, all palettes, he could be alternately or in the same movement, farcical and terrible, dupe and victim, innocent and calculating, capricious and tyrant.

He danced with words to the point of madness, a virtuoso of words, a lover of paradox like the Diderot of Rameau’s nephewready to release: “Life is full of lies. Only in the theater do we tell the truth. No doubt he was sincere, even if the theatre, which he called “paradise”, was perhaps only a ” refuge “after a sad beginning in life.

The third child of a milliner mother and a military father who had returned mutely from the First World War and then taken prisoner by the Germans during the Second, Michel Bouquet was born in Paris on November 6, 1925 in the 16th arrondissement. In 1932, his parents placed him with his brothers, in boarding school, at the Fénelon school in Vaujours, in Seine-Saint-Denis.

He will remain seven years in this establishment with quasi-military discipline, exposed to bullying and the stupidity of his comrades, such as “a martyrdom in a world with no way out”he will say to The cross. Barely “liberated”, at the age of 14, in occupied France, he seems condemned to a future more suffered than chosen, alternately apprentice pastry chef, handler…

The theater, his “real life”

It’s counting without his mother who takes him with her not only to the cinema, but also to the Opéra Comique, to the Comédie-Française… For the teenager it’s a revelation! ” I discovered a universe of painted canvases, populated by carefully wigged and made-up people who said wonderful things. How not to say that this was the reality, the real life? “, he said. The dice are cast: his “real life” will be the theatre.

One day in 1943, he knocked on the door of Maurice Escande, a famous member of the Comédie-Française, declaimed a poem to him. – December Night by Musset –, and Cyrano’s Nose Tirade. Maurice Escande decides to prepare him for the entrance exam to the conservatory. Michel Bouquet is accepted at the first attempt, at the same time as Gérard Philipe, with whom, spotted by Camus, he will create, in 1945, caligula. He will find twice the writer for The fair (1949) and The Possessed (1959).

→ ARCHIVE. In “Tartuffe”, Michel Bouquet at the top

This first big meeting was immediately followed by another: Anouilh who hired him to create Romeo and Jeanette, The meeting of Senlis and The Invitation to the Castle between 1946 and 1947, then, a few months later, invited him to participate in the very first Festival d’Avignon to play in The Midday Terraceby Maurice Clavel, which he directed himself.

His career is launched. It will not stop, imposing it as well on the theater as on the radio and on television. On the cinema side – after a start placed under the double sign of Clouzot and Grémillon –, he toured with Truffaut, Chabrol (11 films!), Boisset, Corneau, Anne Fontaine then Robert Guédigian of which he was the impressive François Mitterrand in 2004…

However, Michel Bouquet’s true passion remained the theater which he practiced alone, refusing several times to enter the Comédie-Française. He devotes himself entirely to an art of“divine essence” because we represent there, more strongly than elsewhere, the” human “ in its complexity.

Over time, his interest is gradually fixed on authors and plays that he plays, replays, refines, varies, with constant invention: The Miser, Imaginary sick, Waiting for Godot and Game over, The king is dying by Eugène Ionesco, one of his favorite pieces. He always puts his work back on the job, at the service of texts and authors: “To be an actor is to be nothing. To become something, he cannot allow himself to be encumbered by what he thinks. He must be ready to give up what he may be as an individual to blend into the universe of another. he writes in Actor’s memory (Plon, 2001).

Michel Bouquet went on stage for the last time in 2017 to play Orgon in Tartuffe of his dear Molière. He was alongside actress Juliette Carré, his wife since 1970. The cross had met him in 2019. He had left the boards and had just recorded some fables by La Fontaine, “greatest of all”, affirmed Michel Bouquet. Carried by the love of words, until the twilight of his days.

Michel Bouquet in a few dates

1944. He made his theater debut in The first stepthen got his first leading role in Romeo and Jeanette by Jean Anouilh.

1977. Appointed professor at the National Conservatory of Dramatic Art.

1988. Molière of the actor for Chopswritten and directed by Bertrand Blier.

2002. César Award for Best Actor for his role in how i killed my father by Anne Fontaine.

2005. Molière of the actor for The king is dyingby Ionesco.

2006. César for best actor for his interpretation of François Mitterrand in The Walker of the Champ-de-Marsby Robert Guédiguian.