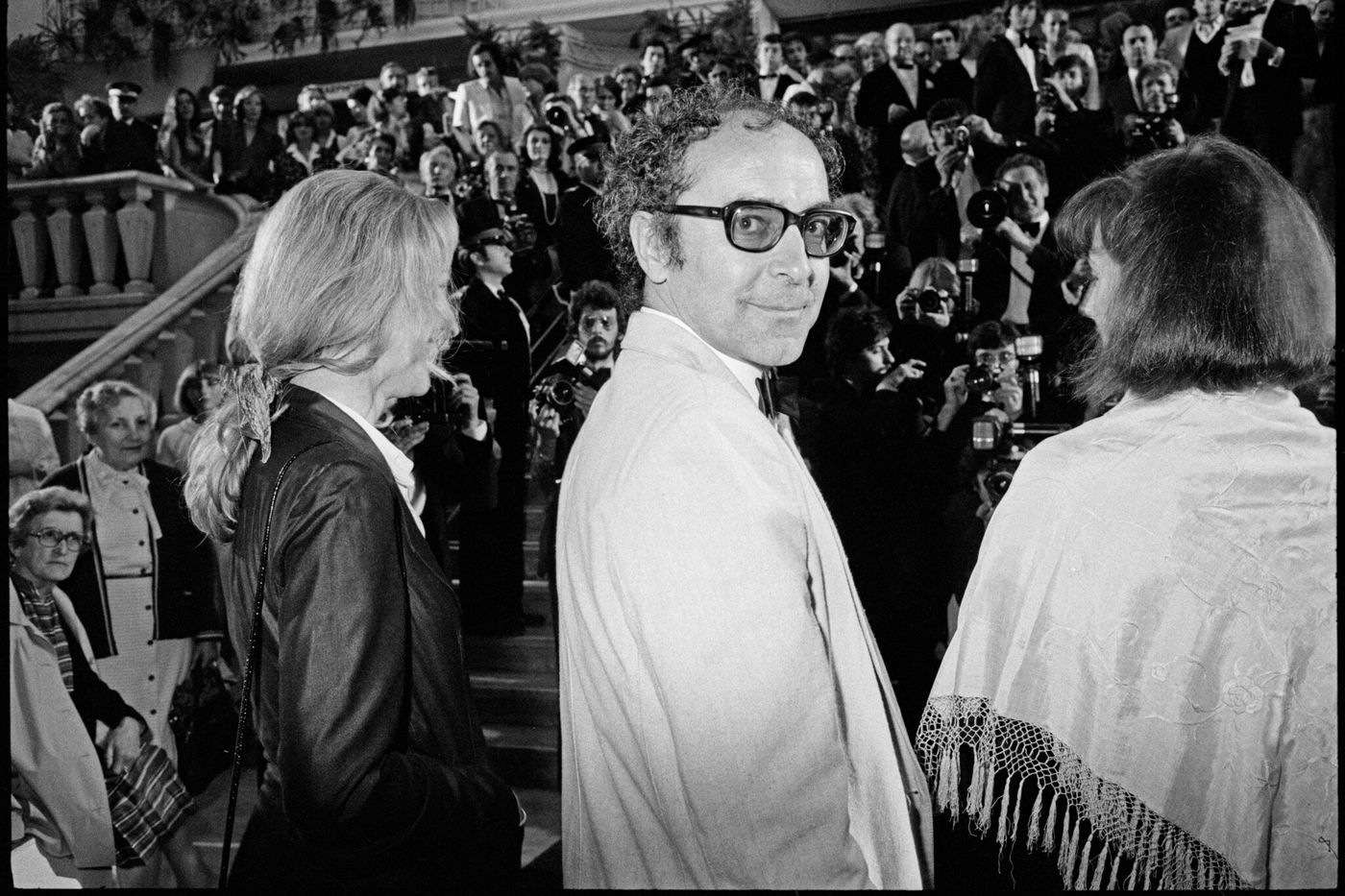 “We can consider that Jean-Luc Godard is an unbearable director. There’s no denying his talent.” wrote The world in 1963, when the Contempt. “I am the best known of the forgotten people”, confided the filmmaker to the critic Alain Bergala almost four decades later, in one of those formulas that he liked, between disillusioned boastfulness and depressive lucidity. Two quotations among others which, by their bipolar, irreconcilable character, give a good account of the complexity of a being who annoyed as much as he fascinated and of a work impossible to consider in a single movement.

What relationship, indeed, between the liberating explosion of Breathless – trial and master stroke which became, with The four hundred Blows by François Truffaut, the absolute symbol of the New Wave and, in the eyes of some, earned its author the personification of the 7th art – and the hermeticism of his latest works, Film Socialisme, Farewell to Language and The picture bookall three presented at the Cannes Film Festival where it received a special Palme d’or in 2018.

With Jean Paul Belmondo on the set of “Pierrot Le Fou”, in June 1965. / ASSOCIATED REPORTERS/GAMMA-RAPHO

Godard is dead, and if his work has already aroused many comments, the question now arises as to what definitive place the history of cinema will grant him. Who, from the offhand genius, the smart guy who understood everything about the media, the theoretician, the provocateur, the thinker or the mystifier will win? Undoubtedly, to understand the ambivalence that the character aroused, it is necessary to unwind the thread of a life above all marked by rupture, as Antoine de Baecque noted in the monumental biography he devoted to him in 2010 ( 1).

Rivette, Chabrol, Truffaut and the others

The first of these was family. Very quickly indeed, Jean-Luc Godard, born in 1930 in Paris and brought up on the shores of Lake Geneva, within a Protestant family of the very good Vaud bourgeoisie, tended to disqualify himself in order to better invent himself. The surname is home to a clinic director father and diamond grandfather. It says nothing about the maternal branch, which is nevertheless predominant.

The mother, Odile, belongs to the Monod clan, a large and influential family evolving at the confluence of high finance, science and art. There is the 1965 Nobel Prize for Medicine, Jacques Monod, but also the great naturalist and lover of the desert Théodore Monod. The grandfather, Julien Monod, treasurer passionate about painting and literature, was very close to Paul Valéry… That could have opened many doors to an intelligent, cultivated young man, not badly made, very athletic and possessing all the codes of his environment.

Jean-Luc Godard, like a perfect ugly duck, never stopped rejecting this heritage. Welcomed to Paris by the maternal branch after the breakup of his parents, he quickly discredited himself by torpedoing his studies and making himself guilty of theft, especially from relatives. Set aside as much as he cut himself off from his roots, he returned to Switzerland to finish his secondary studies, returned to Paris to enroll in anthropology, invented a new family by leading a penniless life. in the Paname of the 1950s, magnetized by the dark rooms in the middle of the golden age of film clubs. There he met Rivette, Chabrol, Truffaut and the others, all those “young Turks” who, with the adventure of the Cinema notebooks, would not be long in giving a big kick in the anthill of French cinema, targeting the purring “French quality”, with their eyes riveted on America.

Jean-Luc Godard developed some of his talents there, in particular his propensity for the theorizing of cinema, for the assertion of his own aesthetic, before being overtaken by his dark side, spinning with the cash desk of the magazine in a bad and grotesque thriller scenario! Another withdrawal to Switzerland and another rupture, which was to confuse him for some time with his adopted family. His whole life was going to be peppered with such twisted blows and earn him very solid enmities: broken promises, inelegant evasions, repeated tricks with producers, brutal reversals in the face of actors summoned and thanked… As brilliant as apparently devoid of scruples, narcissistic and depressive, funny and unsympathetic, the filmmaker offered the face of a disconcerting, elusive, unpredictable being.

It was in Switzerland, after new misdeeds, that Godard cut his teeth as a filmmaker. Hired as a simple employee on the site of the Grande Dixence dam, he shot his first short film there in 1955, a documentary: Concrete Operation. Incongruous beginnings behind the camera, which take a turn more in keeping with what he will become, thanks to three other short films, shot in 1956, 1957 and 1958 after his return to Paris. In 1960, on the basis of a draft of a few pages written on a metro platform with François Truffaut, the producer Georges de Beauregard agreed to finance the first feature film by Jean-Luc Godard, 30 years old, the last of the band at n have not yet delivered his.

It will be Breathless, with Jean-Paul Belmondo and Jean Seberg, completely frightened by the methods of the director, who seems to evolve in the permanent improvisation and, for lack of means, turns “in the wild” in the streets of Paris. On camera, former war reporter Raoul Coutard manages with little, and works miracles. The teaser – “The pretty girl, the naughty boy, the gun… The best current film” –, associating the name of Godard with those of Truffaut, Chabrol, and quoting some titles of thriller masterpieces, immediately announces the earthquake to come.

With Brigitte Bardot and Michel Piccoli on the set of Contempt, in 1963. / Jean-Louis SWINERS/GAMMA-RAPHO

From then on, Godard never stopped. He turns, turns, turns without taking breath… In addition to his numerous participations in films with sketches, he directs The Little Soldier which evokes torture in Algeria and suffers the wrath of censorship, which prohibits it. Then A woman is a womanstill with its first great muse Anna Karina, which was released in September 1961. Then Live your life in 1962, The Carabinieri and Contemptwith Brigitte Bardot, Fritz Lang, Michel Piccoli and Jack Palance in 1963. Keeping to himself in 1964, where his lack of taste for history itself becomes increasingly clear. The same year, in order to be able to respond positively to the Mostra of Venice which requests him, he shoots in a month A married woman ! 1965 brings a new peak, with Alphaville and Pierrot le fouwhich unites him again to Jean-Paul Belmondo.

Godard’s films are developed along the way. The screenplay is the least of his worries, and the real subject is often not the one we believe. What counts is to try, to jostle, to experiment, even if it means making cinema a political stone to throw into the pond of these years of ending Gaullism. After the New Wave rises the swell of 1968, which prepares a much larger one. In Paris, that year, he virulently defended the director of the Cinémathèque française, Henri Langlois, whom the ministry wanted to dismiss. In Cannes, four months later, he is one of those who will obtain the cancellation of the festival by clinging to the curtains of the projection room.

After striving to “reinvent” cinema, Godard intends to dynamite all the hypocrisies of a society that plunges without qualms into the delights of consumption. pivotal films, Two or three things I know about her and The Chinese came out a few months apart, in 1967. From then on, his cinema became more and more militant and radical. At the same time, it appears to him that the image is one of the great vehicles of all alienations. “We would have to find new relationships between image, sound and language, capable of describing and understanding reality, instead of masking it.translates François Nemer in his Godard (the cinema) (2). Thereby, (filmmaker) is he now entering into a reflection on communication and language (…), to the point of making it one of the main issues of his future work. » This will lead him, in particular, to try to identify a visual and sound universe extended to television and video.

These political and artistic concerns, jointly carried out, lead the director to completely question cinema – including his own – and to stay away from the usual circuits, in particular by creating the group Dziga Vertov (named after a Soviet documentary filmmaker ) with Jean-Pierre Gorin. It’s the time of Everything is fine. In 1971, the victim of a serious motorcycle accident, the filmmaker came close to death and spent several months in hospital. “The logical end of 1968”, he will later quip.

A myth and a hermit

The compulsive turner experienced a break in the first half of the 1970s, which forced him to put everything back on track. He also made the acquaintance of the woman who was to play, and for a long time, an eminent role by his side: Anne-Marie Miéville, with whom he settled a few years later in Rolle, on the shores of Lake Geneva. A theoretician as much as an explorer of cinema, Godard then concentrated on his research work, around video in particular, and continued to question the status and role of these ever more ubiquitous images. At the same time, the filmmaker is working on a History of Cinema which, after attempts and setbacks, will end up being completed in the mid-1990s by taking a plural that underlines its polysemy and the different levels of interpretation: History(ies) of cinema.

This did not prevent him, in the early 1980s, from returning to the big screen with a series of ambitious works. First of all Save who can (life), then Passion, First name Carmen and I salute you marie in 1985. Playing on the ambiguity of creator/creature, father/daughter, this very free reflection on the mystery of origins suffered the ire of certain Catholic circles. The 1990s will be those of New wave with Alain Delon, alas for meand JLG/JLG, assumed self-portrait. But who, apart from his flatterers, still tries to follow Jean-Luc Godard in the convolutions of a thought that tries, through the cinema, to apprehend the history of the 20th century?

In his Swiss retreat, the man is a myth and a hermit whose real influence, beyond the deference granted to any “sacred monster”, is no longer measured. In 2010, he received an honorary Oscar for all of his work, but this prize revived an accusation of anti-Semitism linked to his remarks on the representation of the Shoah and his anti-Zionism which have marked his career (3). The same year, announced at the 2010 Cannes Film Festival, he had slipped away at the last moment, entrenched behind one of these pirouettes of which he had the secret: “With the festival, I will go to death, but I won’t take one more step. » In 2018, after receiving his award, he said: “It was nice, but it wasn’t necessary. »